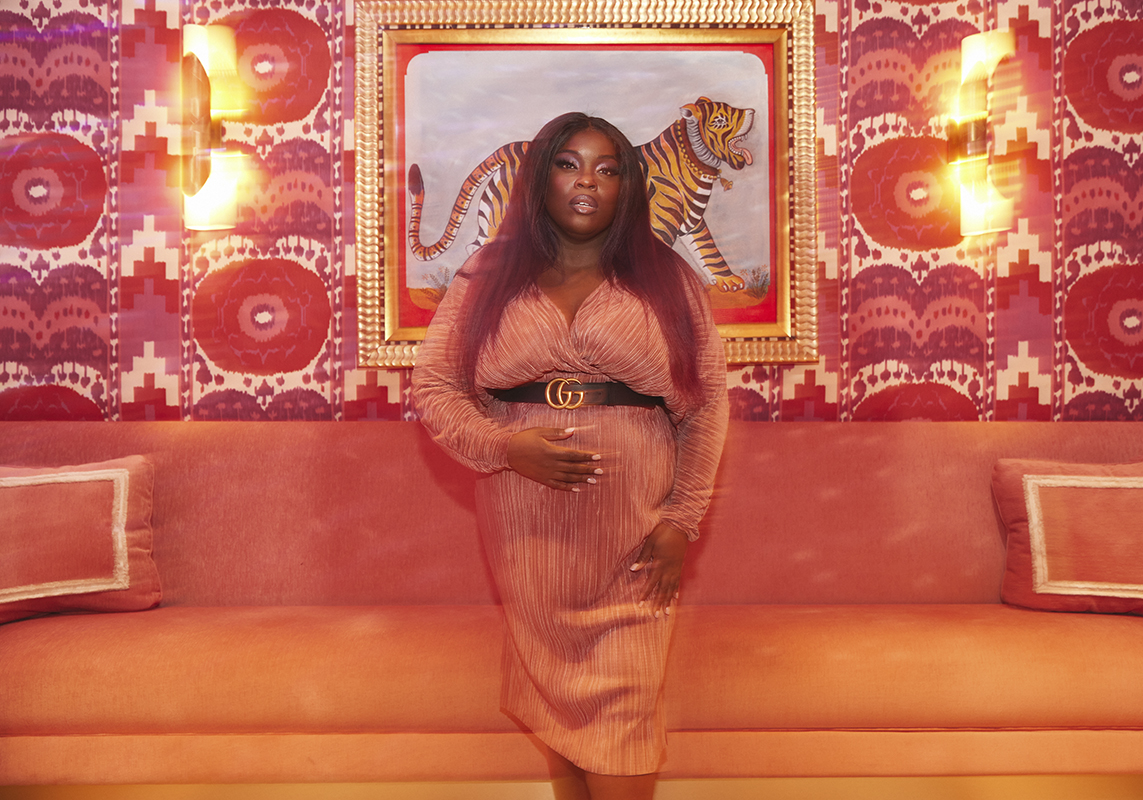 “I was just saying all the quiet bits out loud, but it was late,” Yola says, reflecting on a TED talk she recently gave. “I just don’t hear enough of this stuff in mainstream enough spaces, and so it looks like that’s going to be me.”

Lending her voice to things no one else says is the Bristol-born, Nashville-based artist’s MO, and it seems to have resonated widely. “The nature of the record is one that speaks, frankly, to anyone who has ever felt like anyone else, ever, in any space,” she says of the reception to her 2021 Grammy-nominated album. defend myself. “Which does a lot of people on earth!” she adds, laughing.

This warm reception followed Yola long after the album’s release. She lights up when she speaks to the public on her shows, describing a cross section of humanity that encompasses black trans women, old white grannies, twinks, emos, frat brothers, and random men. wearing cowboy hats.

For Yola, a powerful feeling that unites such a broad coalition of fans is the near-universal impulse to apologize for taking up space in a world that has made you intensely feel your own otherness.

In addition to finding a point of connection with a wide audience, Yola’s insight into this sense of being different has also allowed her to be useful in her collaborations. With that in mind, asking Brandi Carlile to do backing vocals on “Be My Friend” was an obvious choice.

Finding and embracing these points of connection can also allow spontaneity in the process, as was the case when she came up with the idea for “Diamond Studded Shoes” with queer singer Aaron Lee Tasjan.

“It came out of a slumber party-style conversation,” she says. “He was just strumming on a guitar, and I was like, ‘I feel like I’ve got an idea coming, mate. You might want to keep playing this. So this’ was really organic.

For Yola, everything is one piece. “I try to portray everyone I love, meaning people from very different backgrounds and different beliefs. That’s how I show love.

Popular
Casa Ruby should be dissolved, according to the receiver’s report

Yola’s way of showing love through deliberate inclusion invites a parallel with one of her icons: Sister Rosetta Tharpe, the godmother of rock-and-roll and the subject of her recent TED Talk. Yola, who describes herself as a “diehard fan” of Tharpe, bristles at the ambivalence with which Tharpe is treated in the larger discourse.

“I was a little pissed off at the way she was portrayed for a long time!” Yola, who recently made her acting debut playing Tharpe in Baz Luhrman Elvis, wanted to be sure that it did justice to the artist and his seminal role in shaping the entire musical landscape of the 20th century. “This whole thing doesn’t double or end with the exact importance she had for contemporary music in general, really being so ambiguous with what she actually did. She literally invented a guitar style from scratch!

Yola’s admiration for Tharpe goes beyond her significance in music history and her incredible talent as a musician in her own right.

“I’ll never stop speaking lyrically about how important it is, but also how many black women’s stories are diminished, or especially if they’re slightly darker and slightly darker than a brown paper bag,” she says. . She has great admiration for the way Tharpe has taken it upon herself to support and uplift her contemporaries – especially other black and queer artists.

Of Tharpe’s role in launching Little Richard’s career, she says, “You don’t get that in the ’50s with a button down frame in the South. You get that from a queer woman who says, “Of course it’s a safe space.” Much like Tharpe, Yola sees power in people who have been altered to take charge.

“For anyone queer or anywhere on the LGBTQIA+ spectrum,” she says, “they know how important safe spaces are. All of these narratives are so deeply important to music history because they do not allow the narrative to be colonized by white cis maledom.

For her part, Yola is keen to reclaim this narrative from her guardians, including rejecting the boxes she is often put in.

“Overall,” she says of people’s tendency to associate her with one gender or another, “it’s a confusing space that I inhabit, which is why I’ve been going out of my way, especially with this record, to define my space as genre-fluid.”

More than a matter of simple categorization, she links her embrace of genre fluidity to her own frustration with reductive parallels and lazy comparisons and the flattening effect this has on how she and other artists are received. .

“It’s almost like confusing black women with guitars with country/country Americana – but still having country in there – was a way of bringing all of our stories together. I think that’s something we have to talk about now, this idea of ​​making black female narrative in non-hip-hop, R&B-based, reductive genres.

For Yola, therefore, the term gender fluid isn’t just about defining and categorizing her art – it’s about doing it on her own terms. “The ability to define yourself, to be specific, and to be non-monolithic,” she says, “is never going to be important to a demographic that has felt different.”

Yola appears at the Lincoln Theater, 1215 U St. NW, in Washington, DC on Saturday, September 24 at 8 p.m. General admission. The show is currently sold out, but tickets can be requested through the Lyte Exchange. Visit www.lincolntheatre.lyte.com/3704202.