Wildfire forces evacuation orders in parts of Manning Park, BC – BC 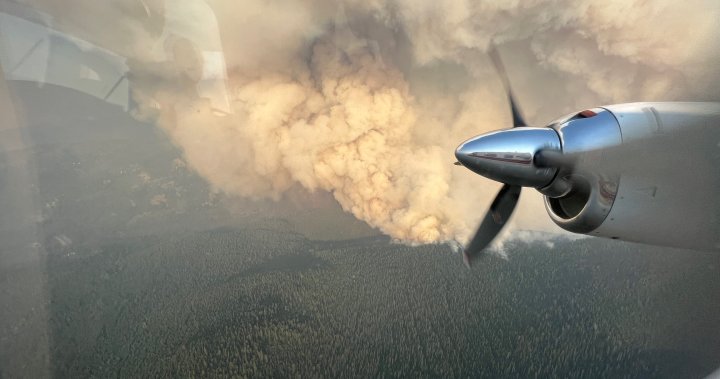 Crews continue to battle a wildfire that has forced an evacuation order in parts of Manning Park, east of Hope.

It has grown to an estimated 1,900 hectares and is burning about three miles southwest of Manning Park Resort, crossing the United States border.

Although the station is not immediately under threat, crews are working proactively to ensure its safety.

A number of park trails and facilities are affected.

BC Wildfire Crews says they expect more fire activity Tuesday and Wednesday due to warmer temperatures.