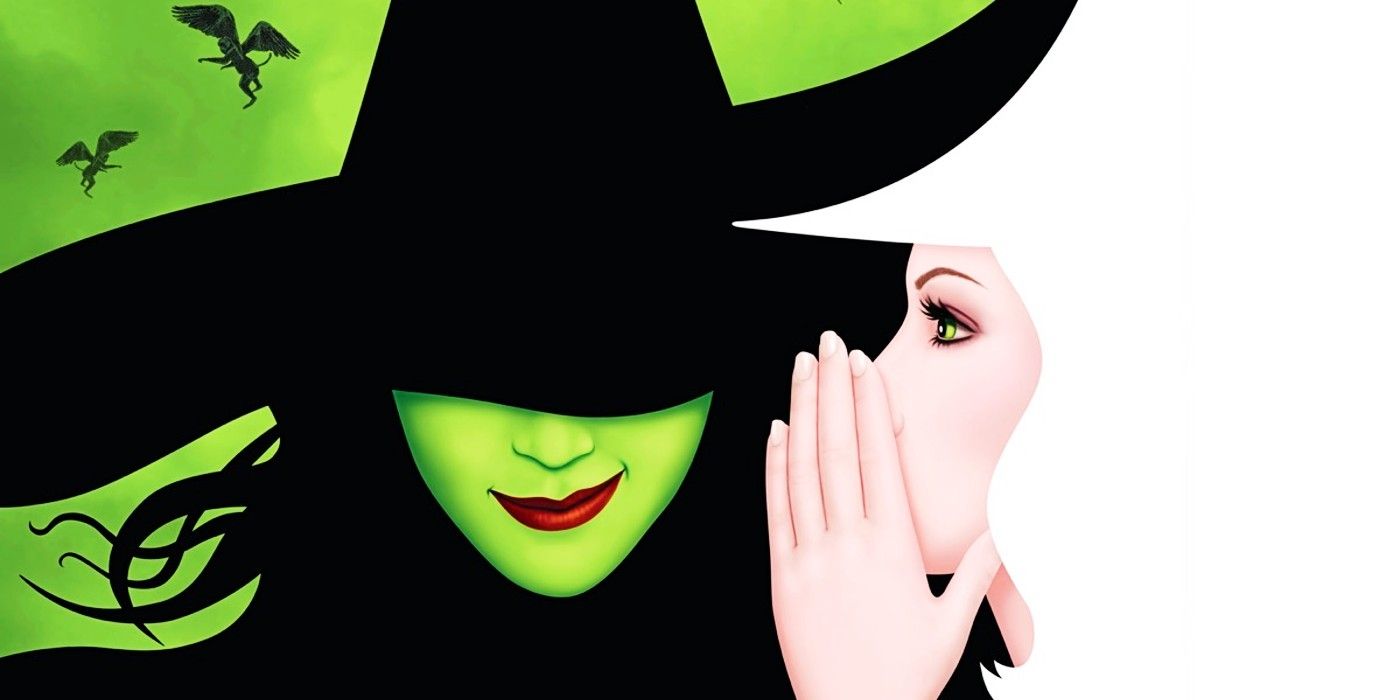 Original Wicked composer and lyricist Stephen Schwartz explains the decision to split the film into two parts and reveals how Part 1 will end.

The songwriter behind Nasty explains the decision to split the upcoming film adaptation into two films. From the 1995 novel Wicked: The Life and Times of the Wicked Witch of the West by author Gregory Maguire, the original Nasty show revisits the classic Wizard of Oz story through the perspective of The Wicked Witch of the West. The musical version opened on Broadway in 2003 and became an instant hit. In 2017, Nasty became Broadway’s second highest-grossing musical behind only The Lion Kingso a film adaptation quickly became a potentially lucrative idea.

After years in development limbo, Universal Pictures finally seems to be moving forward with its Nasty movie adaptation. In the heights director Jon M. Chu was tapped to direct the film. Cynthia Ervio was later cast as Elphaba, the Future Wicked Witch, and Ariana Grande as Galinda The Good Witch, in November 2021. In April 2022, Universal Pictures made the decision to part ways. Nasty in two parts, with Part 1 set to hit theaters Christmas 2024 and Part 2 a year later Christmas 2025.

In a newsletter interview Schwartz scene (Going through Variety), original Nasty Composer and lyricist Stephen Schwartz explained the decision to split the film into two parts. It looks like the decision fell to the song “Defying Gravity,” as it ends Act 1 of the show. According to Schwartz, the film version couldn’t find a proper way to follow this iconic song without feeling anti-climactic, stating that nasty part 1 will end with the Defying Gravity scene. Additionally, the writer said there were simply too many stories to fit in one film, saying:

“The truth is that we tried for a while to make it into a movie, even though it was going to be a very long movie. But we kept having two problems. The first is that even as a that very long single film, it forced us to cut or omit things that we wanted to include and that we think fans of the series and the story will enjoy. Secondly, we found it very difficult to pass “Defying Gravity without pausing. This song is written specifically to bring down a curtain, and whatever scene went on without a break, it felt extremely anti-climactic. So for those two reasons, plus the excitement of doing something which has never been done before with a musical, we decided to make two films. Of course, when everything is done, if it doesn’t work out like that, we will have to find something. But we firmly believe that it is it best for us re history, our show and our fans.

Interestingly, it seems the studio didn’t consider an intermission according to the original stage show. An “intermission” in the middle of a feature has been used in earlier films, notably in the 1950s and 1960s (such as Ben Hur or the musical Hello Dolly!) but also in the original montage of Quentin Tarantino The Hateful Eight. Instead, the filmmakers opted for the more modern and popular two-part release model seen with the finales of the Harry Potter, Duskand hunger games franchisees. Split the Nasty The two-part film will also allow filmmakers to keep scenes from the original play they didn’t want to cut, while potentially adding in moments from the original book or creating entirely new scenes.

Universal is likely hoping the two-part release strategy will help boost their profits, giving them a popular movie for two consecutive holiday seasons. The studio has suffered two critical and financial music disasters in recent years, with 2019 Catswho took Bad guys original release date and 2021 Dear Evan Hansen. The fact that Universal lit green two Nasty movies shows just how confident the studio is in the material. Although there are still two years until Part 1 opens in theaters, marking 21 years since Nasty opening on Broadway, it has a chance to be one of the biggest films of the 2024 holiday season.

Next: Dear Evan Hansen Casting Controversy Explained: Was It Worth It?

Source: The Schwartz Scene (via Variety)

The MCU Gave The DCEU’s Doctor Fate A Big Trouble

Richard Fink is a news writer for Screen Rant. He graduated from Arizona State University in 2016 with a degree in film and media production. He likes the finer things in life, like cold Diet Coke on a hot summer day. Richard is a fan of all things Star Wars, Marvel, DC and movie history.