What’s the story behind the Too Much Johnson Hut in Wrangell-St. Elias? 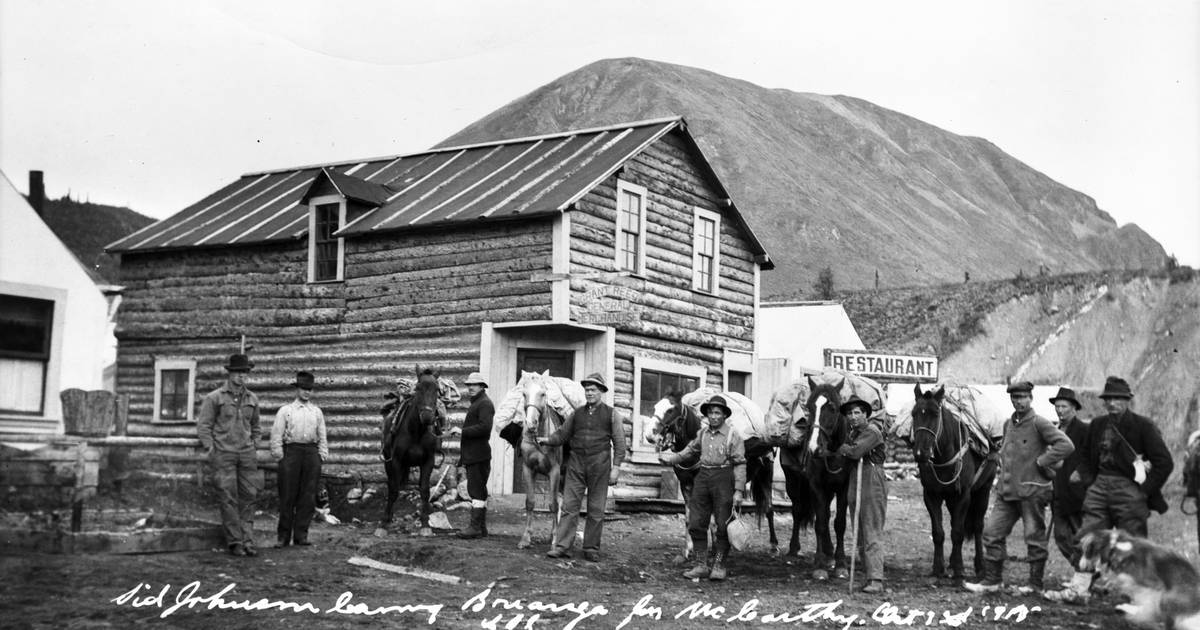 Curious Alaskan is an ongoing feature powered by your questions. What do you want to know or what do you want us to investigate about life in Alaska, the stories behind the news or why things are the way they are? let us know in the form at the bottom of the story.

Question: There is a cabin named Too Much Johnson in Wrangell-St. Elias National Park. The National Park Service and US Geological Survey maps provide no explanation for the name, but I feel like Alaskans need to know how much Johnson is too much.

The “Too Much Johnson Cabin”, built circa 1913, was located on First Avenue in Chisana, a gold rush era mining camp. At one time, it had some 400 cabins and was known as “the largest log cabin town in the world,” according to the National Park Service.

Today it is a public use cabin located in the backcountry of Wrangell-St. Elias National Park and Preserve, and available on a first-come, first-served basis. It is only accessible by air in the summer or by snowmobile in the winter.

The cabin name is associated with a real person: Sidney “Too Much” Johnson, a freight and express musher. According to a 1985 National Register of Historic Places nomination form, the cabin was his.

References to Johnson are spotty and inconclusive in Alaskan history books and documents. It is quite unclear who gave him the nickname, how long he lived in the hut or where he comes from.

But what is clear is Johnson’s propensity to load up his sled – and that’s probably where “Too Much” Johnson comes from, based on references to him in the Historic Places Nomination and a National publication. Park Service titled ‘Gold in Alaska’.

“Local miners nicknamed Johnson ‘Too’, for his habit of unloading goods on the Nizina Glacier whenever his weight became too much for his dogs,” the publication said.

He would take the “goods and 200 pounds of railroad mail 73 miles over frozen rivers, the Nizina and Chisana glaciers, up the slope of Whiskey Hill and down into Chisana”, according to the nomination form.

A National Park Service Cultural Landscape Inventory document indicates that he led both a team of horses and dogs out of Chisana City, the mining camp, in the 1910s and 1920s. The cabin was rehabilitated by the park service in 1994, according to the inventory.

There appears to be no connection between the shack and “Too Much Johnson”, Orson Welles’ 1938 film, or the 1919 film of the same name based on William Gillette’s 1894 play. But at Curious Alaska, we’re always curious and open to possibilities.