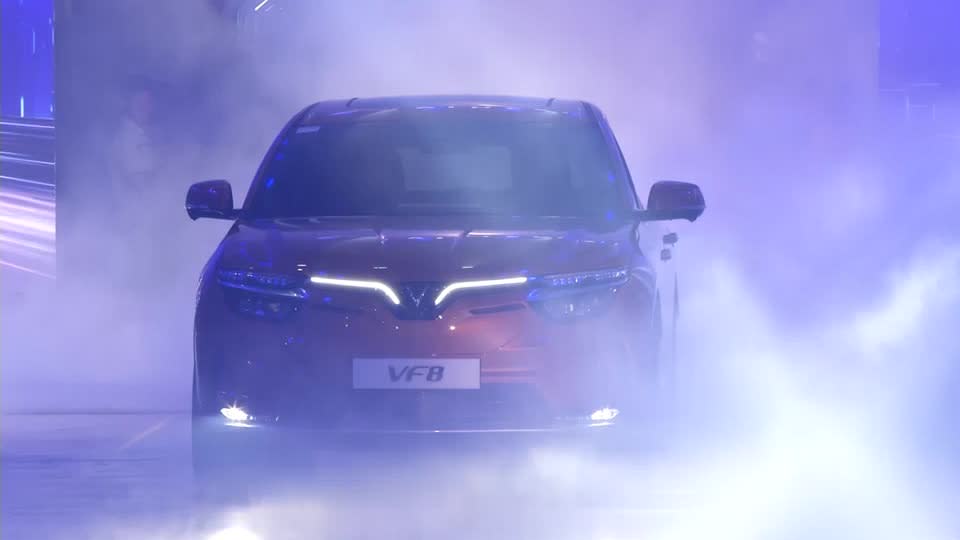 Crowds gathered for the event cheered on the first batch of electric SUVs designed for local customers.

But VinFast is targeting the international market, with US deliveries of the electric vehicles set to begin as early as December.

VinFast, which began operations in 2019, hopes its VF8 and VF9 models can compete with traditional automakers and startups in the United States.

A customer collecting keys from a VF8 said his vehicle was ready sooner than expected.

“The speed of delivery surprised me. My estimate was that I would be among the first orders to be filled in November. When VinFast informed me that I could have my car in September, I was quite surprised by their development and their production speed. This is good news for EV enthusiasts and VinFast car owners.”

The company has registered 65,000 reservations worldwide and expects to sell 750,000 electric vehicles per year by 2026.

And in March, VinFast announced plans to build a production plant in North Carolina with an initial planned capacity of 150,000 electric vehicles per year.

For US customers, the VF8 will start at just over $42,000 and the VF9 at $57,500, excluding electric battery rental cost. The company said options including batteries will also be available.