UK weather: Thunderstorms will smash Glastonbury but parts of Britain will bask in 23C sunshine – maps show where the rain will hit 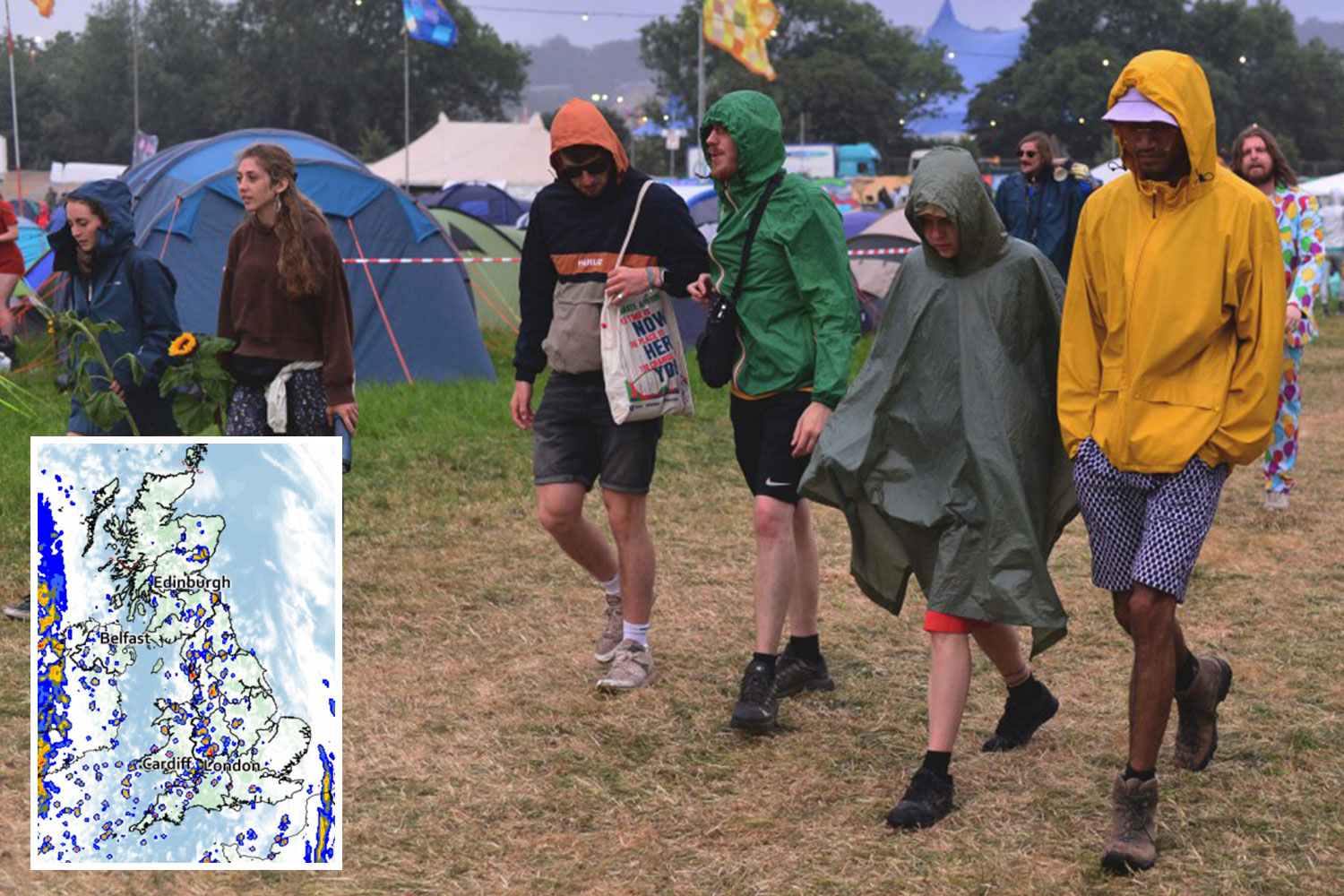 THUNDERSTORMS are set to crush Glastonbury this weekend just days after revelers partied in 28C heats.

Festival-goers are battered by all the elements this week while other parts of Britain are still basking in the sunshine.

Meanwhile, the southeast of the country will be treated to temperatures of 23C.

Forecaster Helen Roberts said: “This weekend looks quite changeable – a small shock to the system compared to some recent days, as low pressure is firmly responsible for our weather.

She explained: “As we start on Saturday there will be some light but fairly quickly showers will develop, particularly in the west of the country.

“These will be on the heavy side with the strange rumble of mixed thunder.

“The best chance of staying dry will be for the eastern parts of the country.”

And tomorrow the contrast will be even clearer – as the west is hit with more showers.

Helen said: “As we start on Sunday there will be a half and half story across the country

“Dry, bright conditions in the east but lots of cloud in the west and a few showers with heavy showers and thunder.”

However, some forecasters believe the heat could return towards the end of next week.

Brian Gaze of The Weather Outlook said some models suggest scorching 32C sunshine across central and eastern England on Thursday.

There are “a few torches” in the summer forecast that “must definitely be watched”.

Four more heat waves have been predicted at the end of the season, with temperatures reaching “well into the 30s”.

Leon Brown, of US forecaster The Weather Company, said: “More heatwaves imported from the mainland into the UK are forecast this summer, each reaching at least 28C – and likely higher – and each lasting several days. .”

Two heat waves could be expected in August and even September, he said.