UK weather: Parts of Britain could face snow weeks after waking up to the ‘coldest night of the year’ 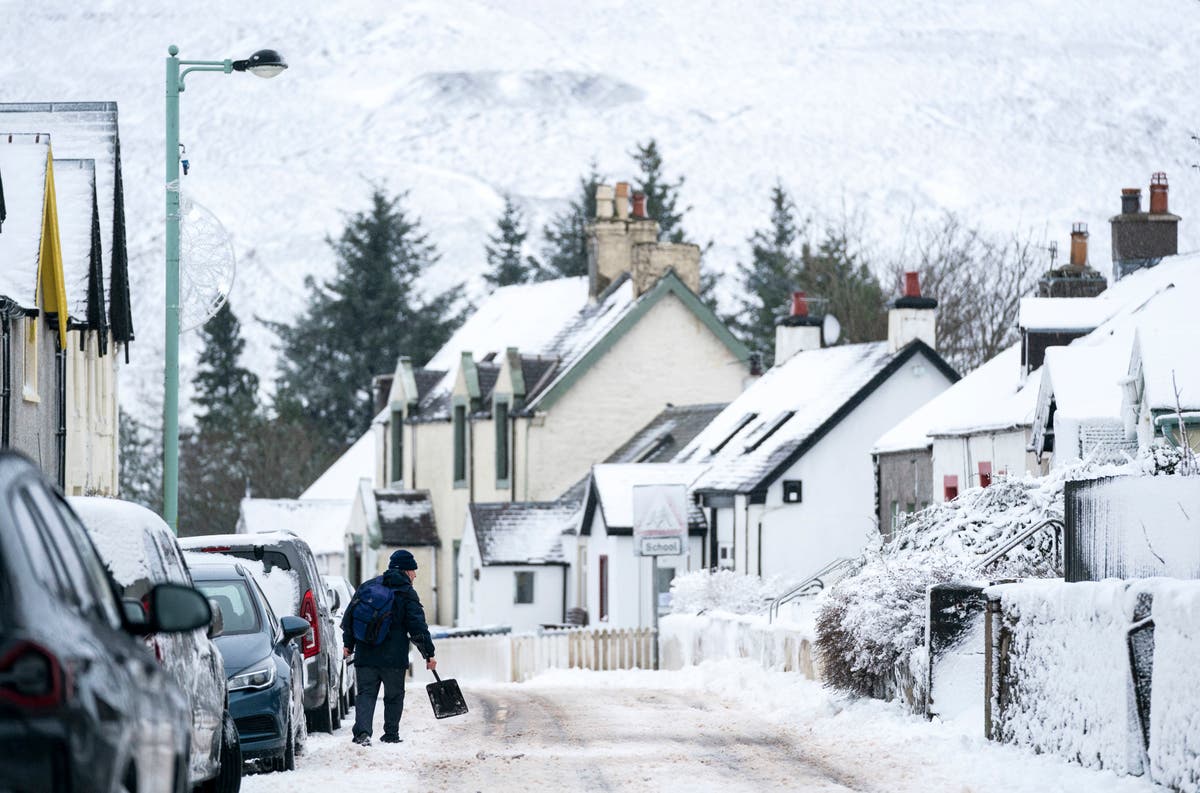 The UK could see snow in a few weeks according to the latest forecast as Britons woke up to -7C cold and freezing temperatures on Friday morning.

The Met Office’s long-term forecast predicts we could see snow showers in parts of the UK as early as the first week of February – just two weeks away.

British Weather Service meteorologist Jim Dale said that as we progress into the colder parts of the end of the year, higher pressure moving away from the south and west, allowing a current northeasterly air to enter, could lead to snowfall.

The Met Office’s long-term forecast called for snow in northern England and Scotland next month.

The long-range forecast for February 3 to February 17 reads: “In early February there is likely to be a north/south split with calmer and cloudy weather expected in the south, while the north will be more changeable, milder and drier than average for the most part.

“There is an increased likelihood of more unstable conditions setting in, where the northwest is likely to be the wettest, but showers or longer periods of rain can occasionally spread to most areas, while the southeast is probably the driest.

“Periods of strong winds are likely to develop more widely at times in February. Temperatures are likely to be near or slightly above average, although short-lived colder spells are possible. Any snow likely to be limited to northern heights.

Weather website WXCharts also predicted there was a 60 per cent chance of seeing snow in early February in parts of Scotland and the North East.

Met Office spokesman Grahame Madge said that while wetter and milder conditions are very likely in the coming weeks, the colder parts of winter through late January and February present a risk of conditions that bring snow in some areas.

Throughout the weekend, Met Office meteorologist Alex Deakin said the UK could expect the freezing weather to continue.

“High pressure continues to dominate our weather, which means most of us won’t see much rain this weekend,” Deakin said. “Some pockets of frost will be visible across the east,” he added.

From Sunday to next week, the Met Office has forecast largely cloudy, mostly dry weather with occasional brighter spells. Scattered rain is likely, mainly rolling hills in the far northwest with a chance of frost and patchy fog overnight.

The BBC Weather Service also predicted patches of winter frost throughout the weekend, although less severe than the -7C conditions on Thursday evening.