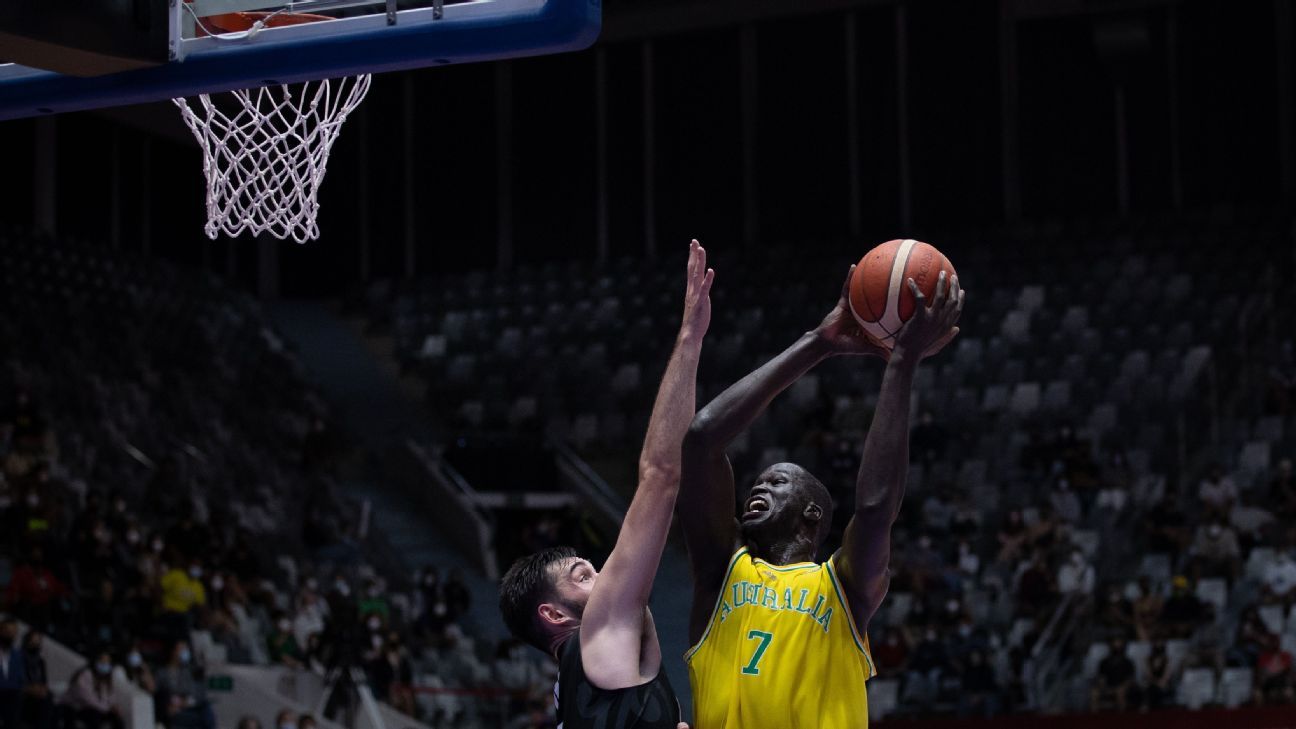 The Tall Blacks cut Australia’s 16-point second-quarter lead to two with just over three-and-a-half minutes remaining after a four-point play from Kruz Perrott-Hunt.

The Boomers qualified for the final against the winner of the second semi-final between Jordan and Lebanon.

Maker, who had a relatively quiet first half, finished with 18 points and nine rebounds.

Fellow guards Tyrese Proctor and Mitch McCarron each had 13 and forward Keanu Pinder 11.

The Boomers again struggled from the free-throw line, making just seven of 13 attempts, while New Zealand hit all seven attempts.

Although the Tall Blacks reduced their rebound count by two, Australia scored more second chance points by capitalizing on their offensive rebounds.

New Zealand led 5-2 early but Australia asserted themselves as the first quarter went on and led 23-19 after the quarter.

With Pinder making big plays at both ends and McCarron stepping up his offensive attack, Australia were 12 points up at half-time and leading by a similar margin three-quarters of the time.