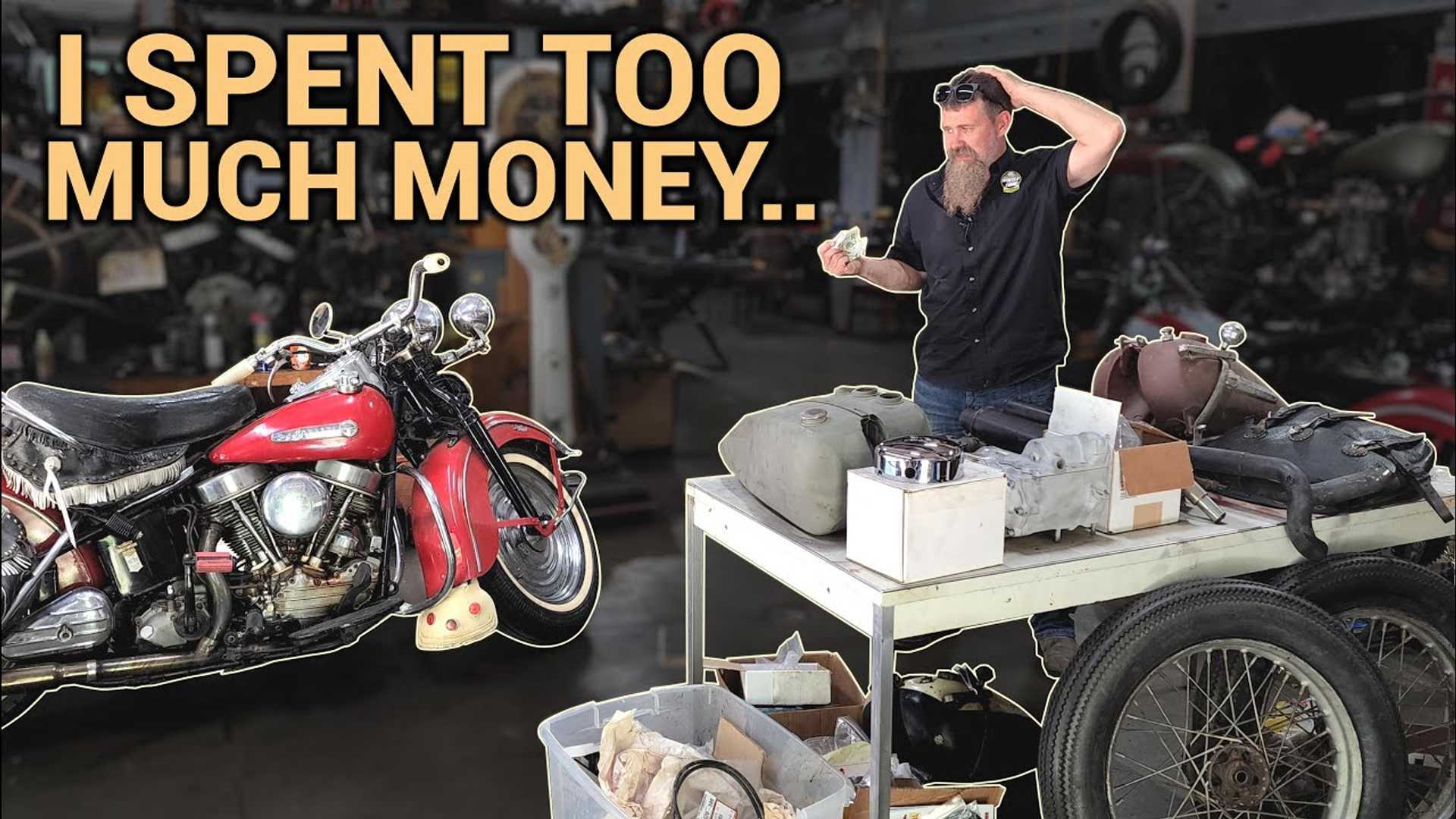 The old saying “if you love what you do, you won’t work a day in your life” might not always be true, but when it does, it’s something to see. Take Wheels Through Time’s Matt Walksler, for example. You’d be hard-pressed to find anyone who more clearly loves what they do for a living, and this video is absolute proof of that.

For the savvy and knowledgeable, swap meetups can be goldmines, both for the pieces, and of course for the stories and camaraderie that come with them. Unsurprisingly, Walksler has his favorite meetups he loves to go to, none of which are apparently closer to his heart than the Wauseon National Vintage Motorcycle Swap Meetup, located in beautiful Wauseon, Ohio.

This video is all about the amazing haul Walksler sourced from some of Wauseon’s top sellers in 2022. We’re talking about a whole host of rarer than rare Harley parts, for a range of different models. Most are accessories, rather than stock items on specific bikes, which makes them even rarer, since they weren’t produced in mass quantities to begin with.

Along the way, Walksler gives a little history lesson on what each item is, as well as why he’s excited about them. You can hear and see the reverence and excitement in his voice and face in equal measure.

As we’ve said before and will probably say again, if you’re the type of person who likes to see someone get excited about a hobby they love, then this (and probably most other Wheels videos Through Times) is something you need to see. Matt’s enthusiasm shines brighter than ever, and it’s a joy to watch.

From a pair of rare 1930s saddlebags, to an even rarer exhaust, to an even rarer-than-rare air filter, the treasure Matt has managed to unearth is seemingly endless. While there are a few reproduction parts here and there (and reproduction parts definitely have their place), the fact that he was able to find such a selection of OEM items, most of them in such amazing shape, testifies to the love people have for this hobby.

It’s one thing to love bikes, but it’s another to act in a caretaker role. Knowing and appreciating that you are taking care of a bike not just for yourself, but for the next owner, is another kind of responsibility and sometimes also a reward.