THE WOMAN KING is a story of sisterhood, revenge and redefining power 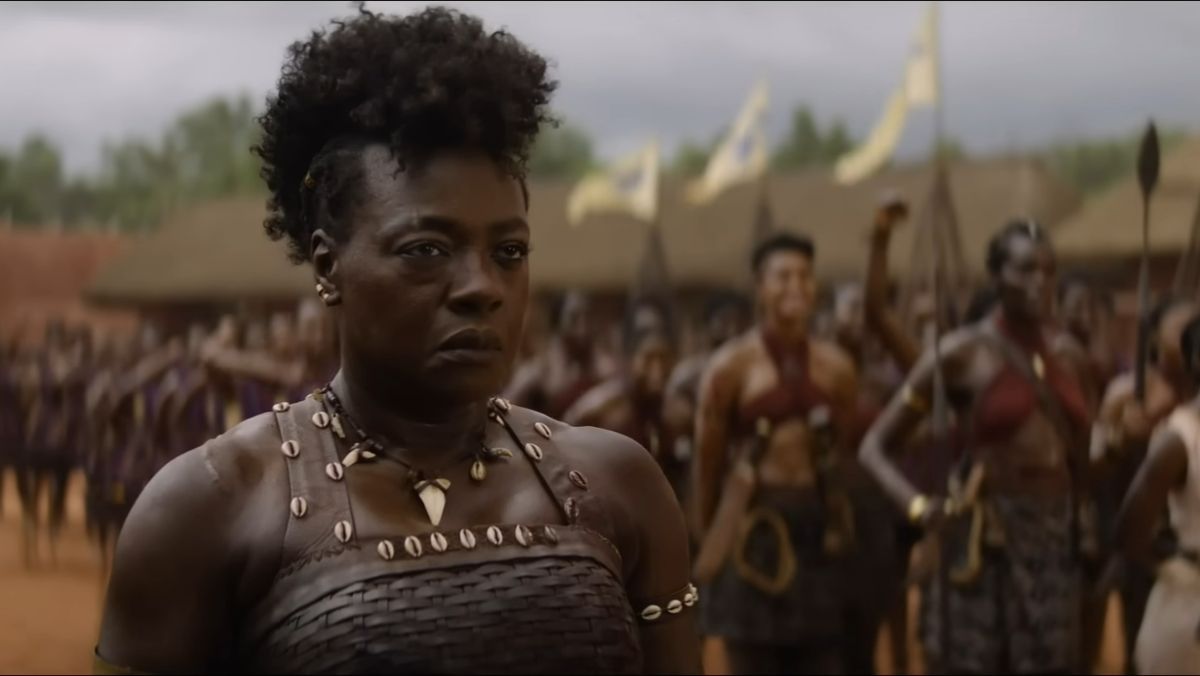 historical drama The female king, starring Viola Davis, Thuso Mbedu, John Boyega, Shelia Atim and Lashana Lynch takes us into an epic part of history that many, especially those in the United States, do not know. The film is about the Agojie (whom the settlers called the Dahomey Amazons), an all-female warrior army in the kingdom of Dahomey (now Benin) during the 1800s. They were known among many African nations for their ferocity bloody as they dedicated their lives to serving the king and protecting their people at all costs. The female king brings this compelling story to life in a breathtaking and heartbreaking tale that analyzes the repercussions of slavery, shuns societal expectations and norms, chooses self-preservation, embraces revenge, and forms an unbreakable brotherhood.

The female king portrays the Agojie women through multiple lenses, including General Nanisca (Davis), Izogie (Lynch), Amenza (Atim), and Nawi (Mbedu), a headstrong but valiant trainee who wants to prove herself worthy of this collective. Nanisca is the seemingly unflappable Agojie leader and a skilled fighter whose opinions and thoughts are respected and valued not only by her sisters but also by King Ghezo (Boyega). When she speaks, it’s always with a purpose and a strategy.

However, The female king allows Davis to affirm once again that she is one of the greatest comedians of all time. She peels off Nanisca’s many layers with expert execution. We see her dig into the story of the character who survived unthinkable pain and overwhelming choices, as well as her unexpected reconciliation with her past as she grapples with trauma. She is vulnerable, powerful, wise, and as much an agent of change as someone who subscribes to certain traditions.

Nanisca masks this undercurrent of instability under an outer shell that exudes power and a determination to change what has become the status quo. Fortunately, The female king does not make her the lonely and tortured soul. It also doesn’t turn her into a borderline tyrant with nearly unchecked and damaging leadership decisions. Amenza acts as her confidante, her friend, and a place where she can be her authentic self. It’s a loving and honest bond that humanizes her more. And, it’s quite refreshing to see Davis as an action star alongside women of varying ages and body shapes.

In contrast, Izogie, while being a demanding and rigorous trainer, outwardly leans more towards the compassion and spirit that the Agojie share among themselves. His master-disciple relationship with Nawi, which has been rejected in various ways throughout his life, is incredibly touching. Their bond is an essential foundation of this narrative.

And, make no mistake, this film keeps the majority of its attention where it should be: on the Agojie themselves. It gives you the impression of having a holistic view of these women, from their place in Dahomey to their interpersonal relationships. There are few men who play a significant role, including Boyega’s somewhat amendable/genuinely likable Ghezo, antagonist Oba Ade (Jimmy Odukoya), and Malik (Jordan Bolger). But their stories are rightly secondary (and even tertiary) for women. I love seeing him.

The Agojie stand at an intriguing intersection of femininity with elements both familiar and foreign to many women today. It is the one that allows them to be heard, seen and simply exist as humans. For them, the possibility of dying on a battlefield is better than being an acquisition/exchange property (via slavery, marriage, etc.) that a man can do with as he pleases. However, this comes at a cost: they cannot marry/have sex or have children. For many of them, like Izogie, this compromise is mostly inconsequential.

But the real loss for the Agojie is a piece of their humanity. There is no room for tears or volatile emotions. They must follow orders, serve King Ghezo and protect their nation. Their individual wants and desires can never conflict with their mission. And that’s the part that Nawi (with an electrifying performance by Mbedu) challenges so beautifully. She leads others to question and redefine what it means to lead, defend and exercise power.

Life has apparently prepared her to become an Agojie. But, like many young warriors, she has lessons to learn along the way. It seems that the relationship between Nanisca and Nawi is crystal clear, with the young warrior being the mirror of her former leader; however, it is quite complex. Whether it’s watching women rip through enemies in a way that showcases their physical skill and strength, through Gina Prince-Bythewood’s brilliant directorial eye, quiet conversations and acts of intimacy and of care, this depiction of the Agojie is far better than the crude way in which they are documented by European historians. They are divinely human with a family found unbreakable by any stranger. The Agojie endlessly choose each other and hold together amid heartbreak, secrets, revelations, and obstacles. This is black sisterhood at its finest.

The female king worked a lot in his favor besides Agojie and stellar performances all around. Cinematographer Polly Morgan creates truly stunning visuals worthy of these characters and their beautiful nation. The action sequences are fantastic and the balance between emotional beats and levity moments works well. Nor does the film shy away from the guilt of certain African nations in the Atlantic slave trade. And whoo are there delicious moments of revenge and triumph. However, it’s clear that some elements of this story get the ubiquitous “Hollywood Eye” filter.

Several turns of events are clearly to hit some emotional nerves and tie the strings with a nice bow. (Does the ending still make me want to cheer on certain characters? Absolutely.) Of course, a historical film will always take some creative liberties to appease the audience. But I hope this story will encourage audiences to delve into the much more complex (and quite fascinating) real history of the Kingdom of Dahomey.

There’s also the bewildering need for a shoehorn in a “forbidden” heterosexual relationship between two characters. The male character doesn’t chew up a ton of screen time. However, this story gives him a little too much unnecessary involvement in the third act. His big reveal frankly doesn’t matter in the larger scope of the film. On the contrary, it would have been rich enough to explicitly explore a relationship between two Agojie. It would have checked that same forbidden box while affirming what happened in real life between some of these women. Finding the balance between having romantic love while being part of this tight-knit group would have been quite the journey.

With a bit of luck, The female king will be a catalyst to keep digging into these interesting and (for some) hidden world stories. He takes a nation and its people and makes them live with dignity, respect and reverence. All hail the mighty Agojie and the female king.