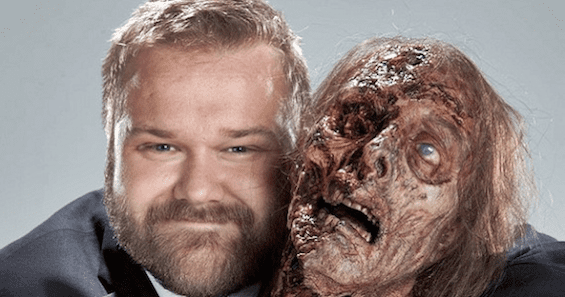 People often criticize The Walking Dead narrated by writer Robert Kirkman. Recently, he decided to respond to this criticism.

It’s the little things that annoy us in life, and despite being the co-creator of two successful indie franchises, Walking Dead Creator and writer Robert Kirkman has just made the decision (in a purely lighthearted way) to respond to a persistent complaint directed at him.

It is possible that by maneuvering the helm of both The Walking Dead and Invincible franchises, in addition to being the president of his own imprint (Skybound Entertainment), it would be an unassailable sign of success in a professional career. However, there seems to be one lingering assault on his writing method that Kirkman will no longer endure in silence: that The Walking Dead clearly hinges on the formula, especially as the series progresses.

The Walking Dead is one of the most spectacular success stories in comic book history, exploding into a household name overnight with its AMC television adaptation. Popularity is due to the franchise-wide adherence to Kirkman’s realism-tinged tone in a world where humans are fighting for their lives against an apocalyptic zombie outbreak.

However, it also led some people to dislike the show. Some think it’s too dark, repeats itself, and isn’t always fun to watch. While this might be true for any horror genre work, another criticism of the series is that it often repeats the same story arc. The survivors find shelter, are attacked and are forced to leave.

In The Walking Dead Deluxe #43, a color reprint of the original 2007 issue centered on the horribly sadistic The Governor, Kirkman finally addressed the longstanding issue in his notes.

Kirkman says he planned to have a long battle between Rick’s group and the Governor in the prison. But he changed his mind because it would be too “repetitive”. The Governor destroyed the prison so the characters could move on. He also added:

“Creating what some people thought was an endless repeating loop of characters finding a place, losing it, and finding another… but it didn’t last the entire series, critics! And everyone was different! And the characters have grown along the way, that’s what’s important! I’m not defensive. What?!”

Some people think the Governor’s script is too repetitive. Every few episodes or so there’s a battle between Rick Grimes’ group and another group of people who want to take over. This happened with Alexandria Safe-Zone, The Whisperers and The Commonwealth.

The post-apocalyptic setting of The Walking Dead is good for conflicts that follow the rules of realism. This is what the author, Kirkman, prefers.

Even if this new idea of ​​Kirkman on The Walking Dead is intended as a humorous note, he recognizes a structural critique in his work. Robert Kirkman is naturally on the defensive of his series The Walking Dead because it is his creation.

House ” Television ” The Walking Dead: Creator Robert Kirkman Defends the Story Loop – Find a place, lose it to a villain, start over!