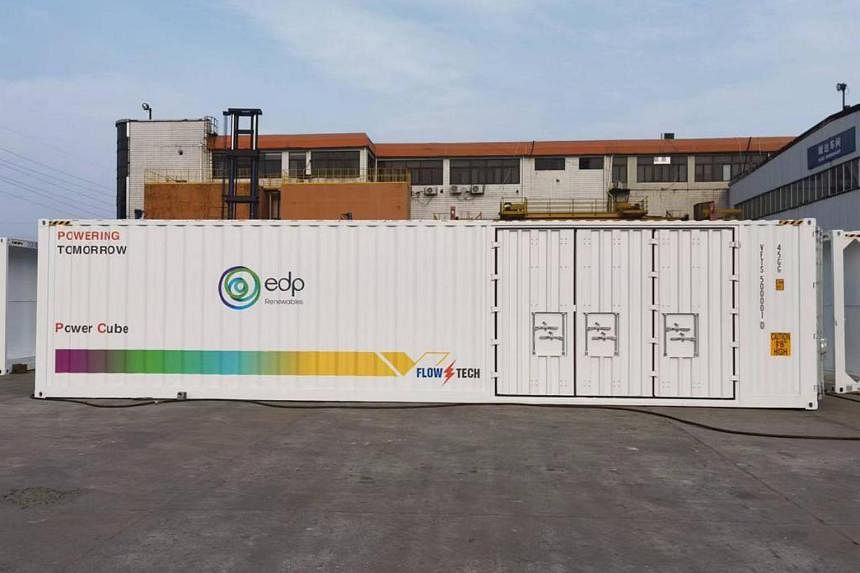 Their vision will soon take shape on Pulau Ubin.

Instead of using the more common metallic lithium, which is synonymous with batteries, the duo bet on the lesser-known vanadium metal, which is known to be safer and more durable.

After years of research and training from start-up VFlowTech, the duo – Dr Avishek Kumar and Dr Arjun Bhattarai – have built a container-like energy storage system that can store energy from the sun or wind .

VFlowTech’s technology has attracted local energy players, and its battery will soon help power parts of Pulau Ubin as its main village seeks to get up to 90% of its electricity from solar power. here next year.

The heart of a circulating vanadium battery consists of two tanks filled with a soup of vanadium ions. One reservoir has a positive charge and the other has a negative charge.

Excess solar energy will be pumped into the battery system for storage. At night, or when it is cloudy or the power supply from an electrical network is unstable, the battery will discharge the energy of houses, for example.

A vanadium flow battery lasts 25 years – similar to the lifespan of solar panels – compared to a lithium-ion system that needs to be replaced every seven years, said Dr. Avishek, chief executive of VFlowTech.

Professor Subodh Mhaisalkar of NTU’s School of Materials Science and Engineering noted that drawbacks of lithium-ion batteries include cost and limited lifespans.

Vanadium flow batteries can be easily scaled to megawatt levels and can be cheaper throughout their life cycle, he added.

While the more compact lithium-ion energy storage system is the most viable storage solution today, Singapore should continue to follow emerging storage technologies and exploit them when they become competitive, said the recent report of the Energy 2050 Committee commissioned by the French Energy Market Authority.

VFlowTech is considered the first and only manufacturer of such batteries in Southeast Asia.