The company that turns waste into car parts 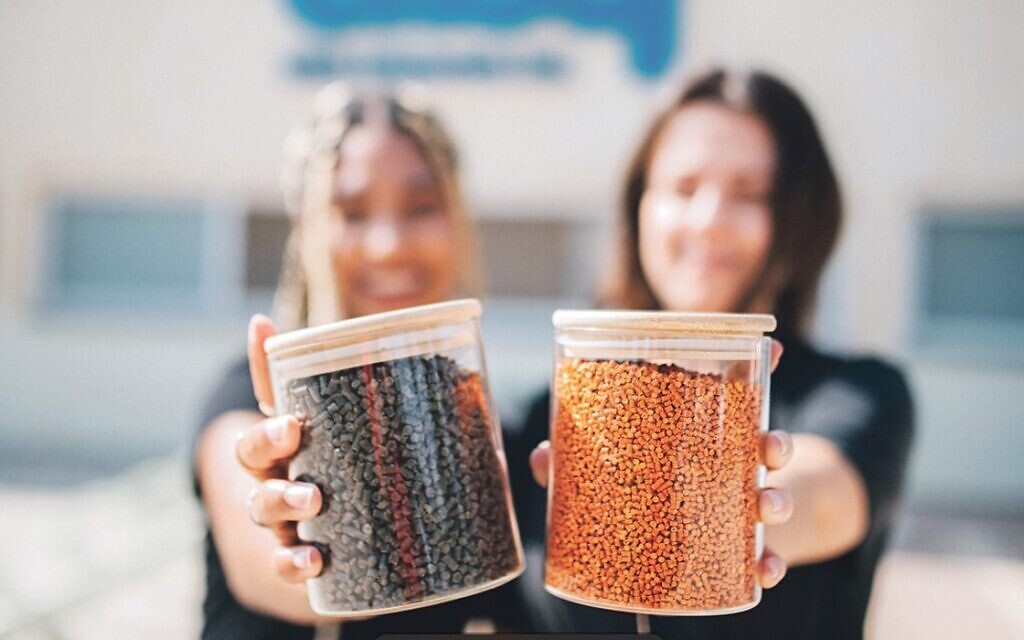 An Israeli cleantech company that turns household waste into eco-friendly materials has partnered with Mercedes-Benz to create parts that are used on the exterior and interior of its vehicles.

Founded in 2012, UBQ Materials takes unsorted household waste and turns it into a fully recyclable substitute for petroleum-based plastics, wood and concrete. The material, UBQ™, can be used to make thousands of products and has already been adopted by global brands in automotive, retail, consumer products, construction and various other industries. More recently, it is present in the new VISION EQXX, the all-electric vehicle from Mercedes-Benz.

“The demand for alternatives to conventional raw materials has never been higher,” says Tato Bigio, co-founder and co-CEO of UBQ Materials. “At the heart of UBQ is a fierce desire to change the meaning of waste in today’s world”

“As we become more aware of environmental conservation and climate impact, the mystery of where all our waste ends up becomes a more haunting question. Seeing it pile up in the oceans of the Land, in public spaces, in ever-growing landfills, is simply unacceptable.

Bigio says that, until recently, attempts to transition from a linear model of elimination to a circular model were only partially successful. “Closing the loop on billions of tons of municipal waste is a difficult task, so we have never been interested in taking shortcuts.”

UBQ has conducted nearly seven years of stealth mode testing, achieving certifications and benchmarks, engaging with the scientific community to create clean, efficient and competitive technology. “So the moment we went to market, we knew we were handling the problem from start to finish to the highest standards.”

Today, UBQ works with companies and brands such as Mainetti, Mercedes-Benz, Motherson and Keter, as well as other leading global brands responsible for thousands of everyday products.

Although UBQ is not approved for direct food contact, it has a wide range of uses in the food industry including trays, carts, baskets, bins, crates and various related products to logistics. The company recently announced that it will launch a pilot project for pallet shipping with PepsiCo, one of the world’s largest food and beverage companies.

UBQ Materials plans to expand into Europe with a new large-scale plant in the Netherlands.

How does the conversion process work?

“After receiving the waste and sorting the metals and minerals that are sent for recycling, we put them through a refining process in preparation for the conversion process,” he explains.

“At this point, the waste becomes the ‘raw material’ for our patented reaction process, which breaks it down into its most basic natural components. At the particle level, these natural components, such as sugars, cellulose, liner and various natural fibers, will form the building blocks of the new UBQTM thermoplastic composite matrix.

Bigio has over 25 years of experience in international business development and financing of leading Israeli companies in the industrial and renewable energy sectors. He co-founded and led Merhav Renewable Energies (MRE), where he developed and implemented large-scale wind, solar and bioethanol projects around the world.

Prior to the sale of MRE in 2008, Bigio was chairman and CEO of Ampal-American Israel Corporation, an investment firm listed on NASDAQ and the Tel Aviv Stock Exchange. He is a long-time board member of the American-Israeli Chamber of Commerce and Industry and holds an MBA and a Bachelor of Commerce degree from the Hebrew University of Jerusalem.

Bigio believes that “clean technologies” will shape the future of a sustainable world and close the gap towards a truly functional circular economy. “We’re proud to provide the hardware, but when it comes to forging a more sustainable future, the industry itself will be the driver of change.”

He adds: “Time is against us in the race against climate change. At the same time, we have never been so equipped to fight it. Whether imposed from the outside (through legislative mandates) or from within (through Sustainable Development Goals), the responsibility for leading change has shifted to industry.

“All manufacturers have the opportunity to set new benchmarks by achieving net zero goals and maximizing transparency of operations. McDonalds, PepsiCo, Mercedes-Benz and other international OEMs [original equipment manufacturer]’s, brands and processors are already implementing these changes throughout their value chain. We look forward to more companies joining the fold.

How long until all brands are traditional plastic-free? “Consumption and demand for plastic shows no signs of declining, so the bigger issue is where and in what form these products end up. Instead of fighting a losing battle against their existence, we need to tackle at their end of life.