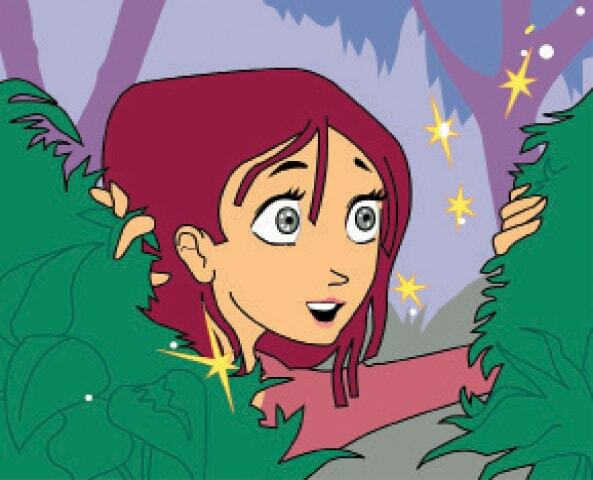 Mindy and her friends sat in the glorious summer sunshine, chatting and sharing stories. They had met after five years because Mindy had moved with her parents to a new town. Mindy didn’t like her new school at first, as she missed her old friends very much. However, after a while, she eventually gets used to it.

Now that they had finally met after so many years, they had so many funny stories to share! Mindy’s friend Jaz opened up about her big birthday bash. Her parents had surprised her that day with a pink and black themed party, inviting all her friends at school and around the neighborhood.

“I had no idea!” Jaz exclaimed. “I was so shocked it literally took me 10 minutes to absorb what had happened. They had sent me shopping with my grandparents and I thought of it as my birthday treat .

All his friends laughed and asked him how the day had been. When it was Ashley’s turn, she shared the story of her dog’s disappearance.

“It was a tragic day for me. I had come home from school. Penny was waiting for me at the door every day. And the moment I saw her not sitting at the door, I knew that someone something was wrong. I dropped my bag on the floor and started calling her. I looked everywhere!

“The keeper suggested we wait a little while in case Penny accidentally got out. He claimed the dogs knew the way home, so if that had happened, Panny would surely come back. Unfortunately, that didn’t happen. We reported him to the police and put up posters about his disappearance. After bad luck, I was sure someone had stolen it and locked it away. I cried a lot for a month so my parents bought me a cat the next month, but I still miss him so much!

Her friends began to sympathize with her and console her. It was really a sad story. Suddenly, Ashley noticed a scar on Mindy’s foot.

“Mindy,” she began. “What’s that scar on your foot?” Oh, that sounds like a story! Tell us about it.”

Mindy laughed saying it was nothing. Her friends, however, continued to insist that she share it.

“Okay! Good!” she gave in. “So it probably happened two years ago. My sister and I were playing hide and seek with dad. Mom was out shopping that night. Lizzy suggested we look for a new place in the garden so dad couldn’t find us and give up.

“After spending a lot of time thinking, we finally found a place. There was a small area next to the old hangar. The shed is rarely used so we barely got close to it. Lizzy pushed me into this small area and ran off to find a spot since Dad’s count was almost done. As I fell backwards from his gentle push, my foot caught on something and I tripped and fell on metal.

” Haha yes ! But not painful afterwards! So I ran backwards, trying to hold back my tears. My dad found Lizzy first, but after 10 minutes of searching he gave up and Lizzy came to help me. When she saw my eyes, all watery and swollen, she worriedly asked what had happened. I told her and she kept apologizing to me.

“And that metal thing?” Ashley asked.

“So after Dad and Lizzy calmed me down, we thought about getting rid of any metal objects that were in there so they wouldn’t hurt anyone else. We removed the pile of leaves that had accumulated there. “And we gasped! It was a small door! And the latch was slightly open, where I had caught my foot, hence that scar.”

“So we opened the door and guess what! It was a whole new little world there! Almost like an underground cave. There was a small sofa, a fireplace, a small stove, lamps and even a hammock. It seemed like a perfect hiding place. The walls were covered in chalk and pictures of different animals hung everywhere. It was so amazing!

“But there was a lot of dust and cobwebs, like it hadn’t been used for a while. The people who lived in the house before us probably created this secret basement and it seems no one else knew about it until we found it.

“Wow!” exclaimed Mindy’s friends. “Your scar turned out to be pretty lucky for you. We need to see that secret room!

Mindy laughed and took her friends to her house to show them the secret room. She had redecorated the place according to her own tastes, and would come to study, read or simply have a good time alone!