Stories in the History of Presidential Ballot Losers 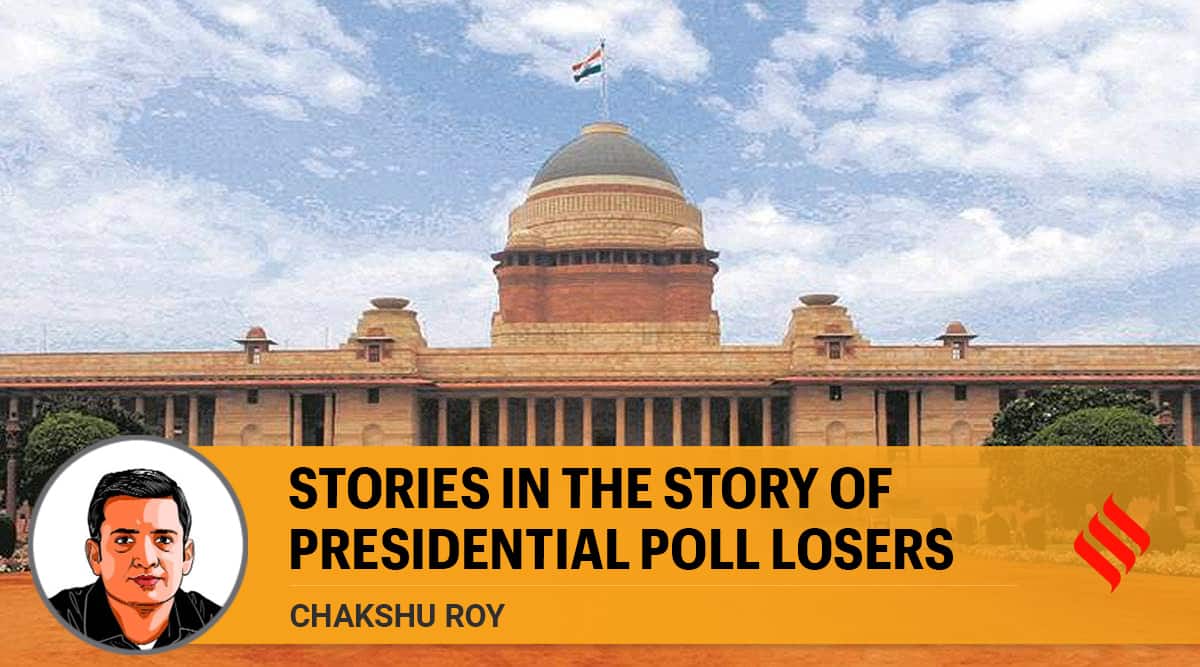 In July 1987, Mithilesh Kumar Sinha was the most protected man in the country. Authorities housed the frail 67-year-old in a Lutyens bungalow. Police surrounded him and a doctor regularly checked his health. He led an organization called the Goodman Party, which wanted the establishment of a ministry of character building. Shri Sinha was the third candidate for a new president after Giani Zail Singh, and his good health was vital. He told the media: “My life has become linked with that of Rajiv Gandhi. If anything happens to me, the election will be postponed, Zail Singh will continue as interim president, and you know how eager Mr. Gandhi is to get him out.

Presidential elections are a simple matter. The ruling party candidate easily wins, and sometimes the opposing candidate loses their deposit. Like in 1997 when KR Narayanan defeated former Chief Election Commissioner TN Seshan. And it started with the first election in which President Rajendra Prasad was the consensus candidate despite the reluctance of Prime Minister Jawaharlal Nehru. Opposite Prasad was KT Shah, an economics professor and active contributor to the drafting of the Constitution. As a member of the Constituent Assembly, he suggested that the people elect the president by popular vote rather than an electoral college of elected representatives. In his unsuccessful bid for the country’s highest office, he won 15% of the vote.

President Prasad did not face a serious challenge in his second term, nor did President Dr Sarvepalli Radhakrishnan when he was elected in 1962. But the 1967 elections were another matter. In general elections held earlier that year, Congress had lost power in several states and reduced the majority in the Center. The opposition convinced Chief Justice of India (CJI) Kota Subbarao to resign and challenge government candidate Zakir Hussain. In his last acts as CJI, Subbarao authored the judgment in which the Supreme Court ruled that Parliament could not restrict fundamental rights. He won 43% of the vote in the first hotly contested presidential election.

Two years later, the untimely death of President Zakir Hussain necessitated an election in 1969. Prime Minister Indira Gandhi faced resistance from within regarding the choice of presidential candidate. His opponents wanted Lok Sabha chairman Neelam Sanjiva Reddy. She saw this as an attempt to remove her from her post as prime minister. Things took a strange turn when Vice President VV Giri resigned and stood for election as an independent. The ruling party candidate was President Reddy, and some of the opposition parties supported Shri CD Deshmukh, who had served as RBI Governor and Finance Minister. There was a massive cross-vote by congressional lawmakers for Giri. This led to the defeat of the party’s official candidate.

The election of the 6th President in 1974 was a sweet affair. By then, Prime Minister Gandhi had a firm grip on his party and his candidate Fakhruddin Ali Ahmed easily defeated the opposition’s Tridib Chaudhuri, a veteran freedom fighter and parliamentarian. During his fifth term in the Lok Sabha, Chaudhuri contested the presidential ballot and went on to serve two more terms in the Lok Sabha and the Rajya Sabha after his defeat.

The death of incumbent President Ahmed led to another snap ballot, in which Sanjiva Reddy won unopposed.

In the 1982 elections, another former Supreme Court justice, HR Khanna, was the opposition candidate against Giani Zail Singh of Congress. Justice Khanna was the judge who had defended the inviolability of the basic structure of the Constitution and the protection of fundamental rights during the state of emergency. The government then replaced him for the post of CJI.

A third Supreme Court Justice, VR Krishna Iyer, challenged the presidential election in 1987. Justice Iyer and Mithilesh Sinha opposed Congress’s R Venkataraman. Iyer had won an MP election in Kerala and served as a minister in the state. His interpretation of the right to life as a judge influenced the court in subsequent years.

During this election, Iyer and Sinha urged the government to give them time on television and radio to express their opinions, which was rejected. The election is known less for Venkataraman’s victory and more for Sinha who captured media attention and secured seven votes.