Seafloor core could reveal links between climate and hundreds of thousands of years of eruptions, earthquakes 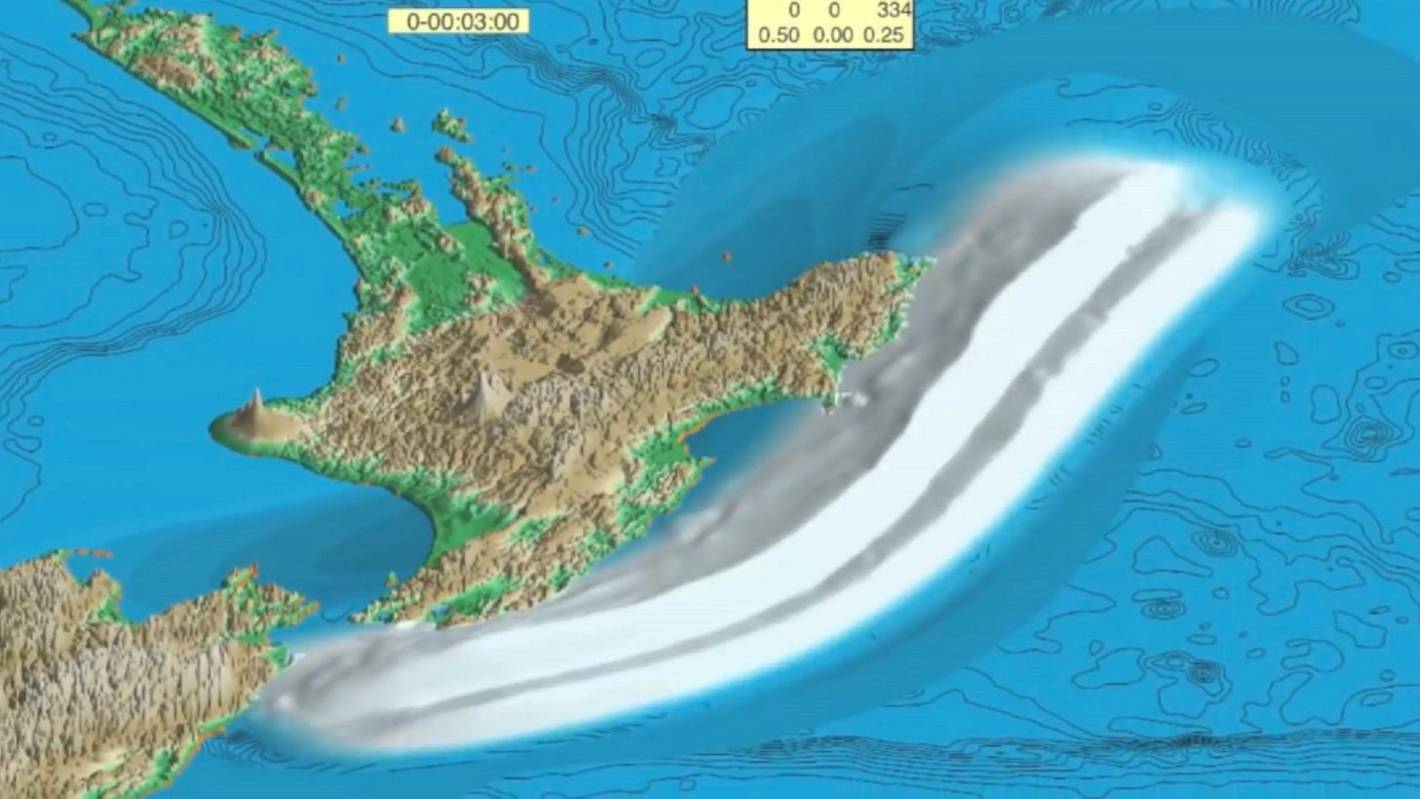 Researchers studying a 500m core taken from the seabed east of Gisborne are trying to piece together hundreds of thousands of years of volcanic and seismic history.

As part of the research, they are investigating a theory that rising sea levels can lead to more frequent eruptions and earthquakes. This project is led by Dr Lorna Strachan, Senior Lecturer in Sedimentology at the University of Auckland.

The 500 m of core studied for his team’s project contained information from the last 800,000 years, Strachan said.

The entire core was 1045m long and contained a record that stretched far back into “deep time”, with the deepest part of the core dating to the Upper Cretaceous of around 93 to 102 million years ago.

READ MORE:
*Devices in the Deep: Clues to the 7.3 earthquake off the East Cape downloaded to the sea floor during an ROV data recovery mission
* Studies of slow-sliding earthquakes reveal the effect of submarine volcanoes
* GNS Science uses a robotic underwater vehicle to search for slow-sliding earthquakes
* The Hikurangi subduction zone is part of a huge 3500 km long system

The core was recovered in April 2018 by the international vessel Joides Resolution of the Ocean Discovery program.

The ship drilled a series of holes in the seabed off Gisborne during two expeditions, the first in late 2017 and the second over two months in the first half of 2018.

About 40 scientists from around the world, including New Zealand, were aboard each expedition, and numerous research projects involving the nuclei were underway, Strachan said.

The core used for his project to determine whether climate influenced the frequency of volcanic activity and earthquakes was taken from the seabed under 3520m of water about 100km south-west of Gisborne.

It was east of two important geological features – the Taupō Volcanic Zone and the Hikurangi Subduction Margin.

That meant the preserved sediment layers were perfectly suited to record deposits from volcanic eruptions and earthquakes, Strachan said.

Moreover, the last million years has been a period of tumultuous climate change with a dozen glacial-interglacial climate cycles at sea level.

The quality of the core was “phenomenal”, preserving an exquisite record of sediment deposition in unprecedented detail.

The climate project involved 16 scientists from New Zealand, Australia, the UK, Germany, the US, Portugal and the Netherlands, and four postgraduate research students based in the University of Auckland and Victoria University of Wellington.

“The Taupō Volcanic Zone has produced silica-rich material for the past 1.6 million years, but we don’t know exactly how active this zone was for 90 percent of that time,” Clarke said. .

“Terrestrial deposits from small eruptions are easily lost, which is why studies of marine environmental records are so important.

“Finding evidence of small cryptotephra eruptions helps us build a more complete record of our volcanic activity over the past million years.”

Micropaleontologist Dr Adam Woodhouse, from the University of Texas at Austin, analyzed planktonic foraminifera – single-celled organisms that live in the water column and can persist in sediments when they fall to the sea floor – in the core.

The stable isotopes the organisms had absorbed indicated whether they were in a glacial or interglacial period, and the organisms could be used for radiocarbon dating.

It was also known when certain species evolved and died out, so their presence in the sediments provided an estimate of its age.

Analysis of planktonic foraminifera in the core allowed Woodhouse to document the first high-resolution record of sediment deposition in the Hikurangi subduction zone, from before the last glacial maximum to the present.

He found that rates of sedimentation – the formation of sand, mud and rock – were much higher during the last glacial maximum, which peaked around 20,000 years ago.

At that time, global sea levels were more than 120m lower than they are today, according to the US Geological Survey. The Holocene spans approximately the past 12,000 years.

“With less continental shelf between river mouths and submarine canyons due to changes in sea level, sediments are funneled to the seabed,” he said.

“This could affect the behavior of rocks in the face of earthquakes and volcanoes.”

“During drier climates, different winds and water currents move sediments into the subduction zone, and with less continental shelf between river mouths and submarine canyons due to changes in sea level, sediments are channeled to the seabed”

“This could affect the behavior of rocks in the face of earthquakes and volcanoes.”