Ross Taylor tells his side of the story in new book 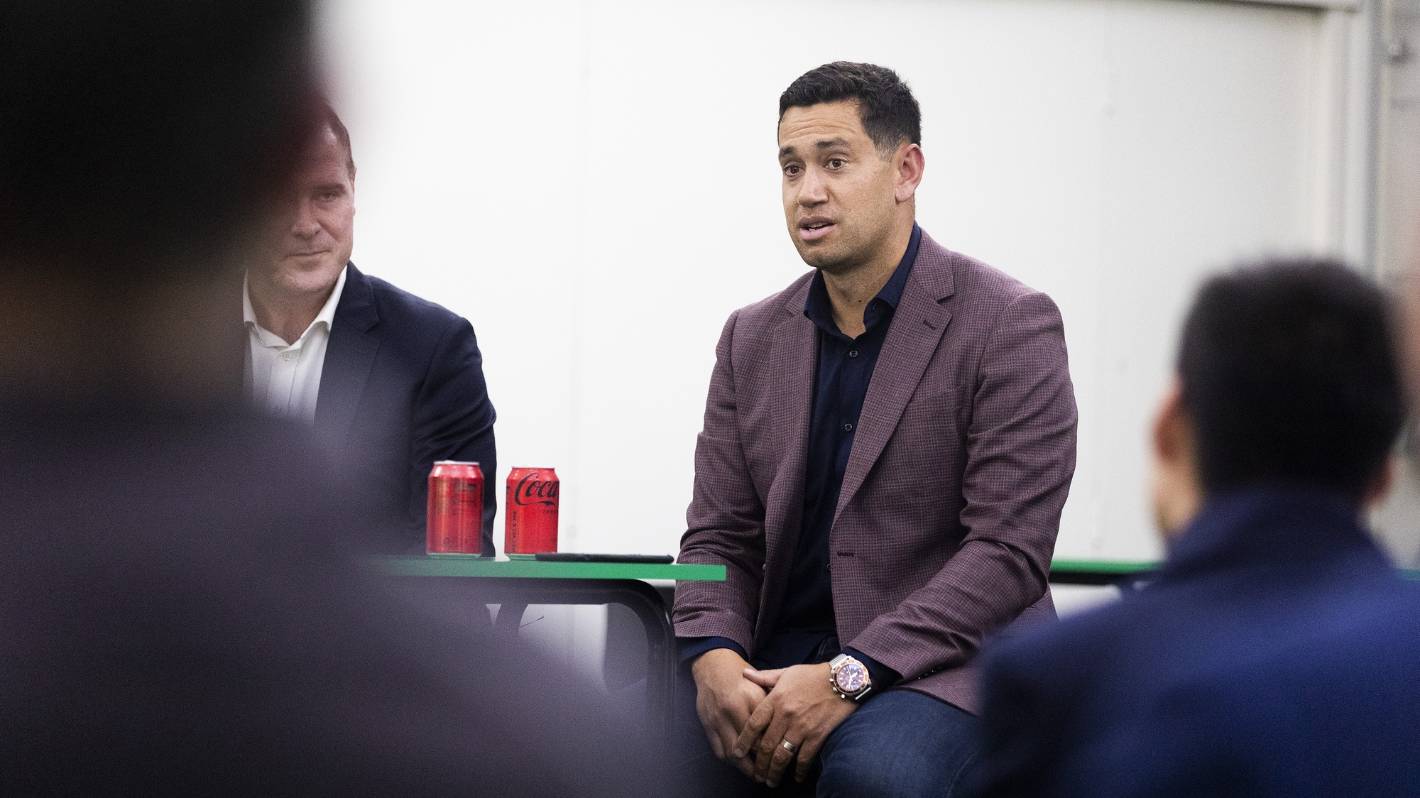 New Zealand cricket great Ross Taylor has looked at every part of his career, warts and all, in his new book.

Taylor, who retired from a long career in the Black Caps at the end of the summer, has just released his book Black and White, and he spoke Friday at the halls of the Palmerston North Marist club in the part of the book tour.

Taylor, who was interviewed by his former Black and Central Districts teammate Jamie How, said he came from Masterton to attend Palmerston North Boys High School when he was a teenager and all he wanted to do was play for the CD and New Zealand.

To play 450 games for New Zealand, win a Test World Championship final and come close to a few more World Cup finals was special and he was proud of his career.

Once he started looking back on his career and talking to the people involved, other stories started coming out.

Taylor has covered many topics including when he was stripped of the New Zealand captaincy in 2012 and the racism he faced at some point in his career.

But, he stressed that it was not something he had experienced his entire career.

“I didn’t come out to cause controversy, I just want to tell my side of the story.”

The former Black Caps skipper talks about his new book in an interview with Laura McGoldrick.

He said the loss of the captaincy was brutal at the time, but his friends and family rallied behind him.

He also described his relationship with friend and mentor Martin Crowe, who died in 2016 but had a huge effect on Taylor’s career.

Taylor said Crowe was a genius who gave his honest assessment from afar.

Before he died, Crowe wrote the foreword to Taylor’s book and Taylor referred to what Crowe wrote before the World Cup semi-final and final.

Taylor said he wouldn’t have gotten his highest score of 290 against Australia in 2015 without Crowe’s guidance.

The first player to play 450 international matches for New Zealand across Tests, Rounds and Twenty-Twos, Taylor has scored the most points for New Zealand, made the most centuries and taken the most strikes. .