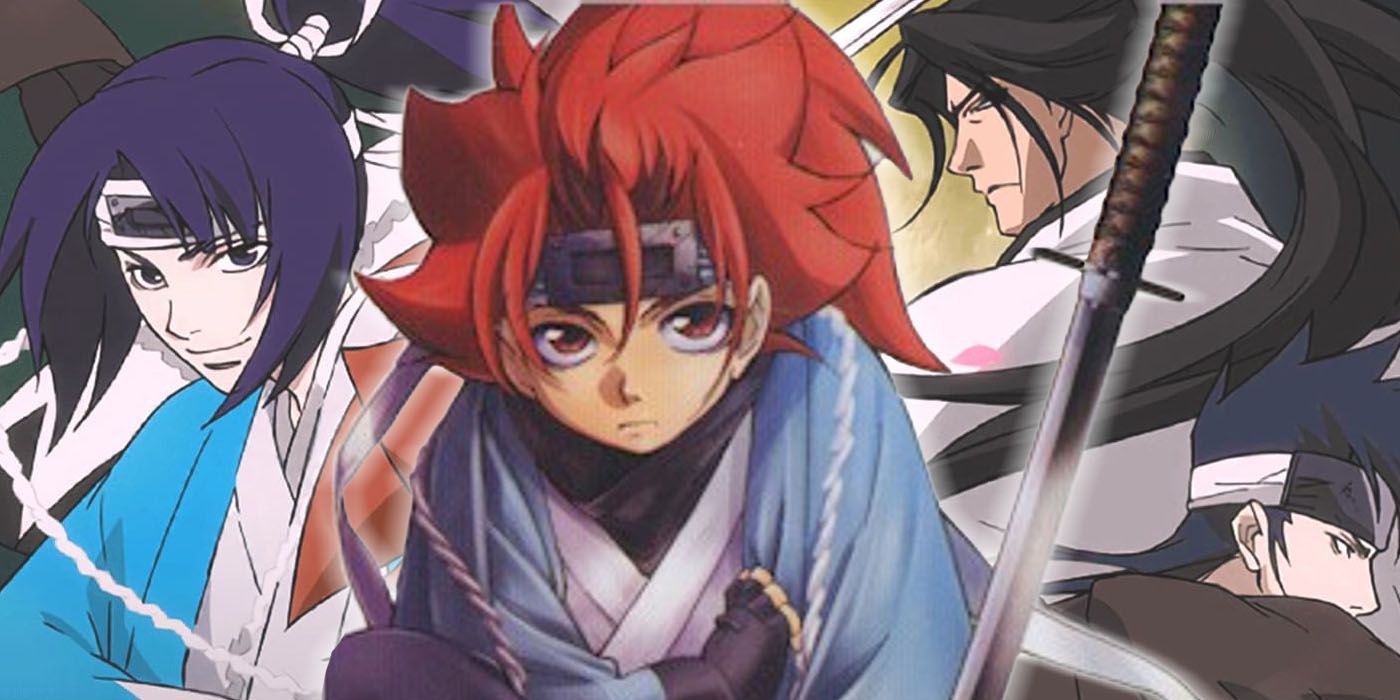 Kurogane Peacemaker balances shifting vibes between a found family comedy and heartbreaking wartime drama. A deceptively light and quirky exterior gives way to a tragic interior as the cast’s sad stories and fates unfold. Even the cutest and weirdest characters have extremely difficult circumstances. Through these characters Kurogane Peacemaker tells a story filled with underlying themes of tragedy.

Following a stubbornly driven youth, the story focuses on Tetsunosuke Ichimura’s journey to join the Shinsengumi to train and gain the strength to avenge his parents. While Tetsu’s story is incredibly tragic, as he witnessed the murder of his parents, he masks his sadness with a carefree yet ambitious attitude. Behaving with assertiveness or humor to hide their dark reality of war is a tendency among the characters of Kurogane Peacemaker.

One of Tetsu’s earliest and most outspoken followers, the wise Soji Okita, masks his desolate state with whimsical kindness. Okita’s situation is a more personal battle that doesn’t stem from war issues. He suffers from tuberculosis, which he tends to hide so as not to worry his friends or family. Okita’s role is abysmal as he suffers in silence while being extremely supportive and a reliable ally to his fellow Shinsengumi members.

Playing their part and maintaining a sense of dignity while doing so is appropriate at the turn of the era when the samurai and their code were still held in high esteem. Dignity in death has a firm grip on truly committed samurai, so an honorable member of the Shinsengumi would do their best to enforce this part of the code. In fact, the dominant element of a code leads almost all characters on their tragic path.

Tetsu is a magnet for tragic souls, as his charm and tenacity allow him to connect with even the most stubborn souls. Ayumu Yamazaki develops a caring older sister bond with Tetsu, while her brother becomes a slightly antagonistic but thoughtful mentor. The Yamazaki siblings play their role as spies, which leads to a dangerous existence as they are often alone surrounded by enemies.

Ayumu’s future took the worst possible direction when Choshu’s opposing forces discovered Ayumu’s identity and mistreated her before killing her and leaving her body in the rainy streets. This display of savagery is one of the darkest moments of Kurogane Peacemaker, in that it changes the mood of the series for subsequent episodes as Ayumu’s brother and friends come to terms with their loss and seek revenge. When the series embraces its inner darkness, the shift is noticeable as the color palette cuts and the characters let go of their humor.

While Ayumu’s cruel fate and their opposition to the protagonist group, the Shinsengumi, make the Choshu clear antagonists, it’s not that simple, as Tetsu has connected with a Choshu apprentice, Suzu, who also gone through a difficult life. Suzu and Tetsu parallel run for the opposing forces, as the two witness family members die at the hands of the other’s group. However, since they are both naive young people, they develop a friendship without discussing their history, knowing that they have a connection.

Suzu’s teacher and surrogate family, Yoshida, ends up at the forefront of the conflict between the Choshu and the Shinsengumi after Ayumu’s murder. Not only is Yoshida a leader in the Choshu, but he also murdered Tetsu’s parents. Yoshida single-handedly inflicts serious injuries on the Shinsengumi before being shot by Okita before he can kill Tetsu. What should be a celebratory moment turns bittersweet as the show shines a light on Suzu’s angst; the boy finds himself sobbing while holding Yoshida’s severed head in his lap.

The horrible and tragic reality experienced by Kurogane PeacemakerThe characters of contain a richer emotional spectrum and a more tragic turn of events than most samurai or period anime. Authentic human emotions and trauma fill this story to add timelessness to an otherwise heavily anachronistic tale. Kurogane Peacemaker is a deceptive piece that requires a bit of commitment to see the work’s tragic yet captivating heart.