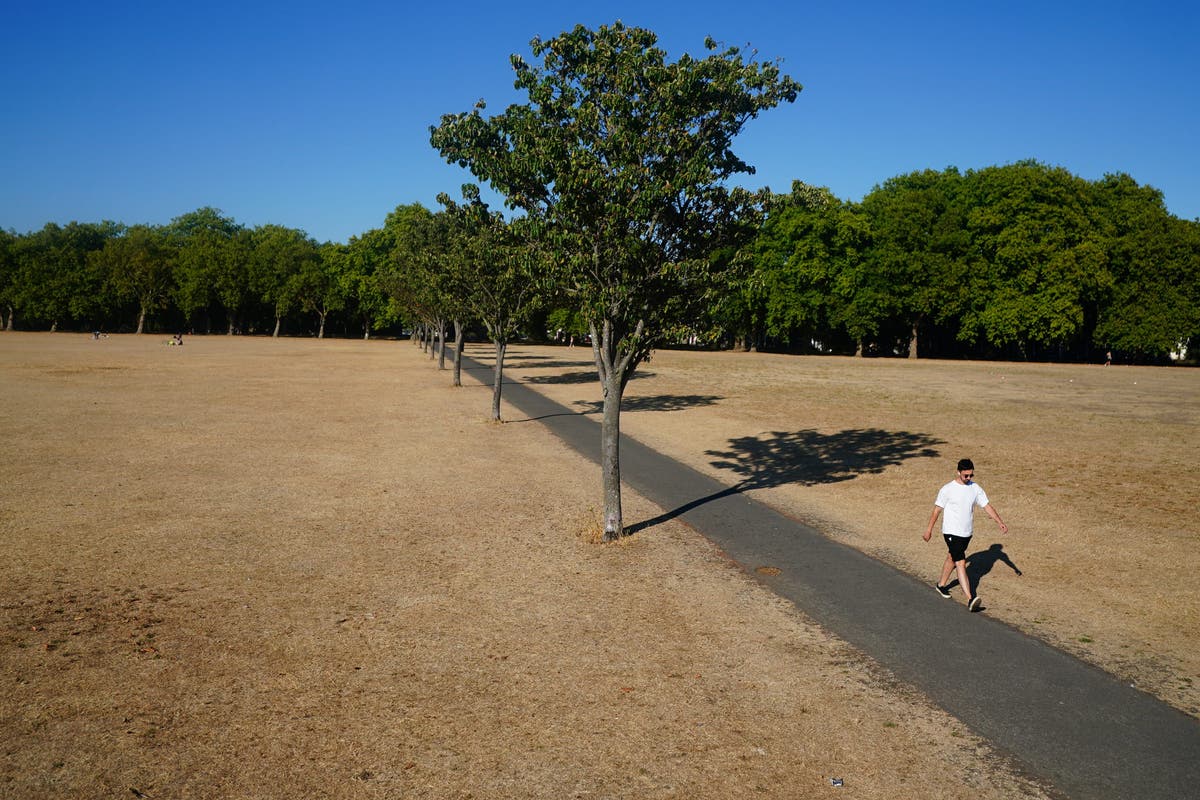 The driest parts of the UK need to see “more than record” rainfall this autumn to recover from the hottest summer on record, the Met Office has said.

Despite recent thundery showers, southern England still needs more than 400mm of precipitation to reach the average amount of rain for the year, which would see the region experience the wettest autumn ever. time.

Almost a third of the average amount of rain expected for September in southern England fell in just six days, at 20.3mm.

However, Met Office spokesman Grahame Madge told PA ‘we would actually have to see 428mm of rain’ in southern England this autumn ‘to get the corresponding previous 12 month average’.

It’s possible for precipitation to recharge very quickly over the course of a season, but it’s a slower process than many people hope for, I’m sure.

The current record for autumn rainfall in the region was set in 2000, when 418 mm fell.

The UK received 54% of the average rainfall in August 2022, with England receiving 35%.

Southern England was among the driest parts of the UK, home to four of the six water companies currently enforcing watering bans.

So far 2022 has been the driest since 1976, when there was a severe drought summer for England and the UK as a whole.

Rain levels in the UK have managed to recover from the hot summer of 1976, with torrential rains in the autumn making up for the summer deficit.

“It’s possible that precipitation can recharge very quickly over the course of a season, but it’s a slower process than I’m sure many people hope,” Madge said.

More showers are on the way, with the UK now in a ‘low pressure systems flush and repeat cycle’ which will continue to produce rain regularly.

Mr Madge said: “The forecast is quite volatile for the UK.

“We have a few places today where we can expect quite heavy rain.

“We are looking at an area in southern Scotland and potentially northern England where there will be heavy rain from the North Sea.

“Rainfall in the south of Scotland looks particularly heavy, and we are reviewing whether a warning will be needed for this.

“There are also fairly heavy rains in terms of thundershowers which look likely to develop later in the south east of England, particularly in places like Sussex and Kent near the coast of the Channel.

“Elsewhere we have a fairly unsettled day, (with) the possibility of heavy showers developing virtually everywhere.”

Atlantic hurricanes Danielle and Earl will impact the west of the UK, bringing “more intense rains” and raising temperatures to the high 20s in some places.