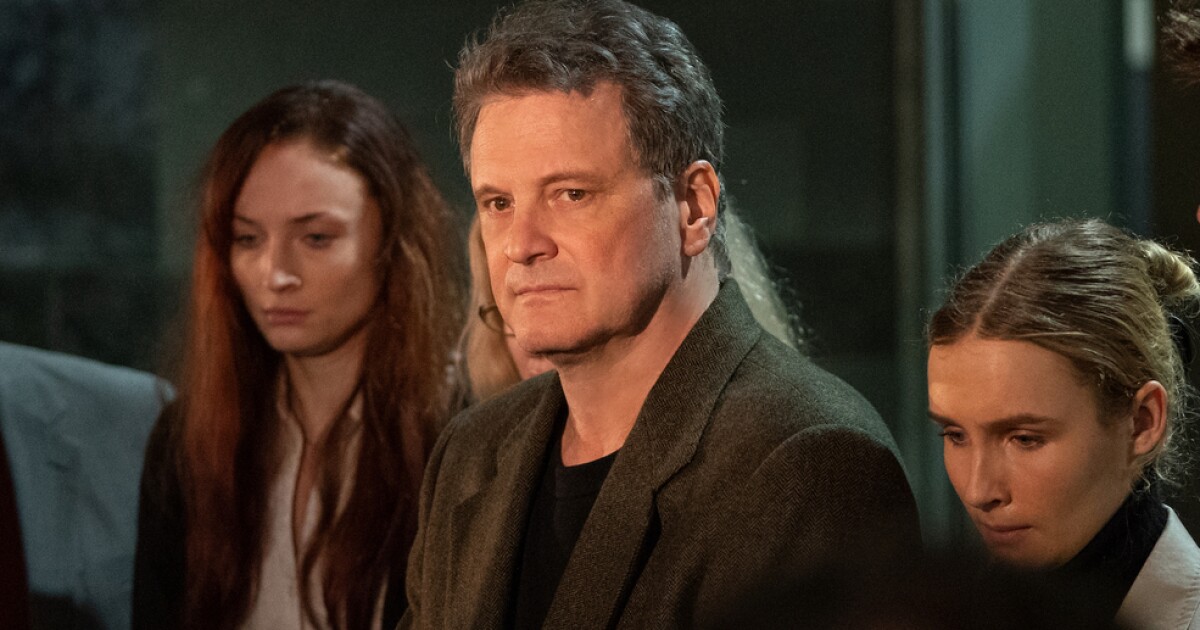 Back when television was black and white, there was a detective show called Pickup whose hero, Sgt. Joe Friday was famous for telling witnesses, “Just the facts, ma’am.” Using the facts he got, he then caught the culprit.

In real life, of course, things are not so clear cut. It is often difficult to know what “just the facts” arenot to mention what they mean.

Consider the story of Michael Peterson, a writer from Durham, North Carolina, whose wife, Kathleen, was found dead at the bottom of the stairs in their home in 2001. He said she had fallen; authorities said he killed her. The evidence was ambiguous.

Three years later, French filmmaker Jean-Xavier de Lestrade turned the case into an acclaimed documentary series, The staircase, which would set the blueprint for countless true crime series to follow. Imagine Deadline if that was exciting, not hokey.

Peterson’s saga has now been dramatized in a moody HBO Max series, also titled The staircase. Created by Antonio Campos and boasting a crack cast led by Colin Firth and Juliette Binoche, this new version begins with the elements of the original series and then expands outward. Hopscotch going back and forth over a span of 16 years, Campos seeks to reveal truths – and capture emotions – left out in the previous series.

Firth plays Peterson, a man with a seemingly idyllic family life. He has a loving marriage to Kathleen (Toni Collette) and a happy relationship with their blended family, which includes two sons and three daughters.

But on December 9, 2001, he called 911 and told them that his wife was lying collapsed on the stairs. By the time help arrives, she is dead. Although Peterson explains that Kathleen fell down while drinking and hit her head, the DA’s office is convinced he murdered her with an instrument – in part, it seems, because they disapprove of it. that they learn about his sex life.

From there, things snowball. Not only does the investigation produce surprising twists, but the Peterson family begins to divide in all sorts of ways. And in a new narrative strand, Campos includes the story of the French filmmakers who show up in Durham, telling Peterson they want to use his story as an example of American justice. Perhaps with vanity, he agrees.

Now, The staircase is very skilfully turned. Campos directs with more visual panache than usual for TV, and he wins plenty of shrewd performances, including those from Parker Posey, who captures the contemptuous, amused righteousness of prosecutor Freda Black, and Collette, who endows the dead Kathleen of a living presence.

The whole show revolves around Firth, which hasn’t been this good since the movie A single man. Losing himself in Peterson, who is something of a tainted Mr. Darcy, he does a spectacular job of evoking a charismatic, erudite, slippery, authoritative man — he’s sure the justice system will be on his side.

Big mistake. In fact, both versions of The staircase detail the workings of a court system filled with expensive lawyers, ambitious district attorneys, expert wranglers, and appeals to the cultural biases of a jury that may have nothing to do with the evidence or even the case in progress.

By bringing the French film crew into the action – we see them urging Peterson to show more emotion on camera – Campos accentuates the idea that it’s the narrative, not the truth, that matters. “What is justice? asks Lestrade’s editor, played by Binoche. “Two sides competing to tell a better story.”

When it comes to telling a better story, this dramatization Stairs can’t match the bubbly, addictive energy of the original documentary you can watch on Netflix. Where the French film overwhelms us with shocks and surprises — it’s clearly riveted by the showbiz weirdness of high-profile American trials — Campos wants to explore something less fun: the painful human reality of the Peterson case. It drags us into darkness, both emotionally and intellectually.

Which brings us back to the facts. It’s a measure of their ultimate unknowability in the Peterson case that – through the five preview episodes anyway – Campos doesn’t tell us if Peterson actually murdered Kathleen. Rather than trying to solve the mystery, he wants us to feel the weight of his death and what happens to everyone in his wake. He clearly agrees with the French producer’s words: “Innocent or guilty – Peterson’s end will always be tragic.”