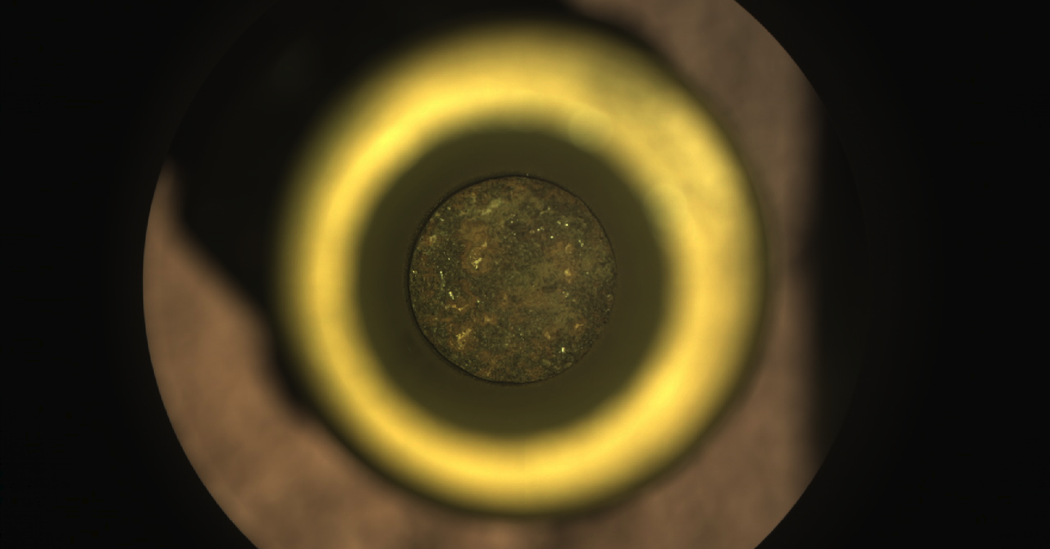 NASA’s Perseverance rover on Mars has confirmed the successful collection of its first rock sample.

“One down, a lot more to do!” Kenneth A. Farley, professor of geochemistry at the California Institute of Technology and mission project scientist, said in an email.

On Monday evening, NASA announced that the rover had sealed the tube containing the rock core, which is slightly thicker than a pencil, and stowed it in its belly to keep it safe. This and other collected samples will be dropped on the ground to be collected by another spacecraft. They will eventually be brought back to Earth, helping scientists study the mysteries of the Red Planet in the same way that lunar samples from the Apollo and Soviet missions helped advance understanding of the moon.

For decades, planetary geologists have wanted to study rocks from another planet. They did this with pieces of Mars that were thrown into space by meteor impacts and then passed Earth’s path and landed as meteorites. But with Martian meteorites, scientists had no idea where the rocks came from – intriguing pieces of a puzzle but no possibility of finding the other pieces.

With the samples from Perseverance, scientists will know exactly which rocks the samples came from, and the rover will have performed a detailed study of the surrounding geology.

The rover drilled the core from a flat Martian rock the size of a briefcase dubbed Rochette last week. In the first photos the rover took of the collection tube, the rock sample could be easily seen.

But viewers on Earth were concerned that the rock could not be seen in the following photographs. These were taken after Perseverance used their robotic arm to shake the tube to help the sample settle to the bottom of the container. Mission officials were convinced it was just hiding in the shadows, but after a failed drill attempt last month, they wanted to make sure before sealing the tube.

Subsequent photographs with better lighting showed that the rock was still there.

On the first drill attempt in August, everything on Perseverance seemed to work fine, but the tube ended up empty. Analyzing what happened, the scientists and engineers working on the mission concluded that the first rock was just too brittle and the sample fell.

One of the key tasks of Perseverance, which arrived on Mars in February, is to collect rocks and soils that will eventually be brought back to Earth by another mission so that scientists can study them comprehensively using instruments. state-of-the-art in their laboratories. Scientists hope to collect more than 30 samples from various locations in Jezero Crater, a landing site that was chosen because scientists on Earth felt that an ancient river delta along the rim of the crater was a promising target. for fossilized microbial life if it ever existed.

Perseverance collects the rock and soil samples, but has no way of bringing them back to Earth. This will wait for the future mission, which is still being designed.

On Saturday, Ingenuity, the robotic helicopter accompanying Perseverance, made its 13th flight, searching for a series of outcrops to help plan the rover’s next trips.