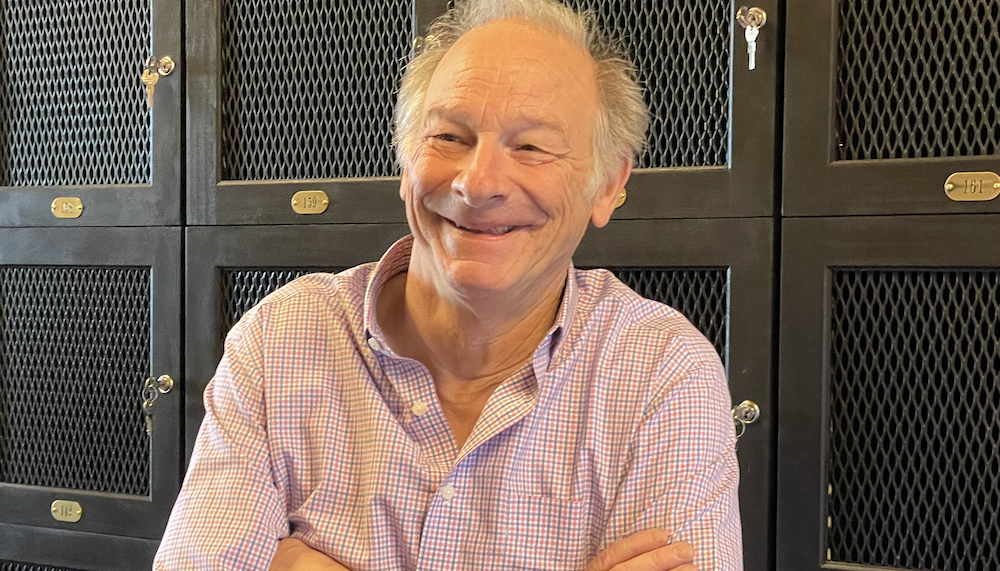 I’ve often joked that Louisville’s efforts to make bourbon tourism a gigantic source of revenue sound like a plan to turn Louisville into an urban version of Napa Valley.

Since the late 1800s, Napa has enticed tourists to visit wineries, learn about wine, sample the produce, and, unsurprisingly, spend time and money at restaurants, local taverns and hotels. Who could blame our city government and our corporate leaders for wanting to do something like this too, just with bourbon?

Great concept. But does it work? I wasn’t sure until I met Mark Joseph Carter, owner of Carter Cellars in California at Envy Winery. Carter is a Napa winemaker who came to Kentucky to make bourbon, and he currently runs the Old Carter brand of bourbon.

Carter, a native of Eureka, Calif., and host of the acclaimed Carter House Inns, got into the wine business about 20 years ago. Working with respected winemaker Nils Venge, he sourced grapes from Napa’s finest vineyards to blend a rich, strong, doubly oaked, barrel-aged Carter Cellars wine that earned reviewer Robert Parker a score of 100 points. This sent Carter Cellars wines into the stratosphere of popularity and price.

“It’s been quite a journey,” he said. Along the way, he had established a connection to Kentucky through the occupation of innkeeper. Traveling the country years ago at the head of a trade association of innkeepers, he met Chuck Dedman, then owner of the historic Beaumont Inn in Harrodsburg.

“Chuck used to talk about how they used to make a bourbon, Kentucky Owl. But the government took it out during Prohibition, destroyed all the bourbon, and they never had a nickel on it. When I heard this story, I never forgot it.

After Chuck Dedman’s death, his son Dixon Dedman took over Beaumont Inn as the fifth generation owner. Dixon Dedman asked Carter if he would produce a house wine to sell in the dining room of the Beaumont Inn, but Carter had a better idea.

“I said to Dixon, ‘I would do this for him and his family, but your dad told me we were making bourbon. Why don’t we bring your brand back?’ He said, ‘Can we do this?’ I told him we could do whatever we wanted. We used to do that with wine, we know we were in compliance with federal regulations.

So, working together, researching and blending choice barrels, they applied some of the same methods that had impressed Robert Parker in Carter Cellars wines: “The first thing we did was double oak and more char. We got the barrels and made our first Kentucky Owl in 2016.”

Carter wanted to grow the brand, but then the door knocked. Someone wanted to buy the brand. Carter said he wanted to turn down the offer and raise Kentucky Owl, but Dixon, 30 years younger and a new father, opted to sell to the Stoli Group, take the money and invest in his family’s future. family.

“I agreed to sell for Dixon,” Carter said, “but I could make another brand. So in 2017, I bought some drums and started over.

He used the same format, doubling the usual wood treatment. He located good old barrels of aging bourbon in rick houses around the state to mix with new bourbon which he distilled in Frankfurt and Danville.

“We are mainly blenders,” he said, “but we also do distillation.”

Currently in the process of restoring three adjacent 19th-century buildings on Market Street, a block south of Whiskey Row, he says he has produced nearly 100 distinct “expressions” of very small batches of bourbon and rye under the name ‘Old Carter, with labels designed by his wife Sherri, artist, writer and whiskey maker.

During this time, they learn to love Louisville. “It’s a great community and they’ve really accepted us,” he said. “I am sure that bourbonism will grow. It’s good for the community, young people in Louisville are embracing it, and people are proud of what they produce. Many new jobs have opened up. For us, we always want to make a premium product, do our best and do it with integrity.

At an average US retail price of $595 according to Wine-Searcher.com’s online database, this potion is well above my budget. If you’re interested, however, Old Carter distributes in seven states, including Kentucky, and can be found, while it lasts, in local liquor stores and bars. Or watch Old Carter’s Facebook and Instagram pages for occasional “pop-up” sales announcements of new bottlings.

The Main Street shop isn’t open to the public for tastings or tours, but if you’re a serious fan, there’s still room in the Old Carter Social Club. For $100 a month, members receive a locker in Old Carter’s cozy tasting rooms, first preference to purchase at least six new releases per year, and the opportunity to taste new releases with club manager Brian Booth.

How does making bourbon compare to making wine? “In a way, I like it a little better,” Carter said, “because with bourbon, you don’t have to wait for that one day a year that’s perfect for making wine, and Mother Nature can slap you hard.You don’t have to worry about bud break, harvest or fire season.

Reminiscing about a tiny portion of his potion in a tasting glass, Carter smiled and said, “I’ve been so lucky to be able to enjoy my work and have fun while I’m doing it!”

Keep Louisville interesting and support LEO Weekly by signing up for our newsletter here. In return, you’ll receive news with a benefit and the latest places to eat, drink and hang out in Derby City.