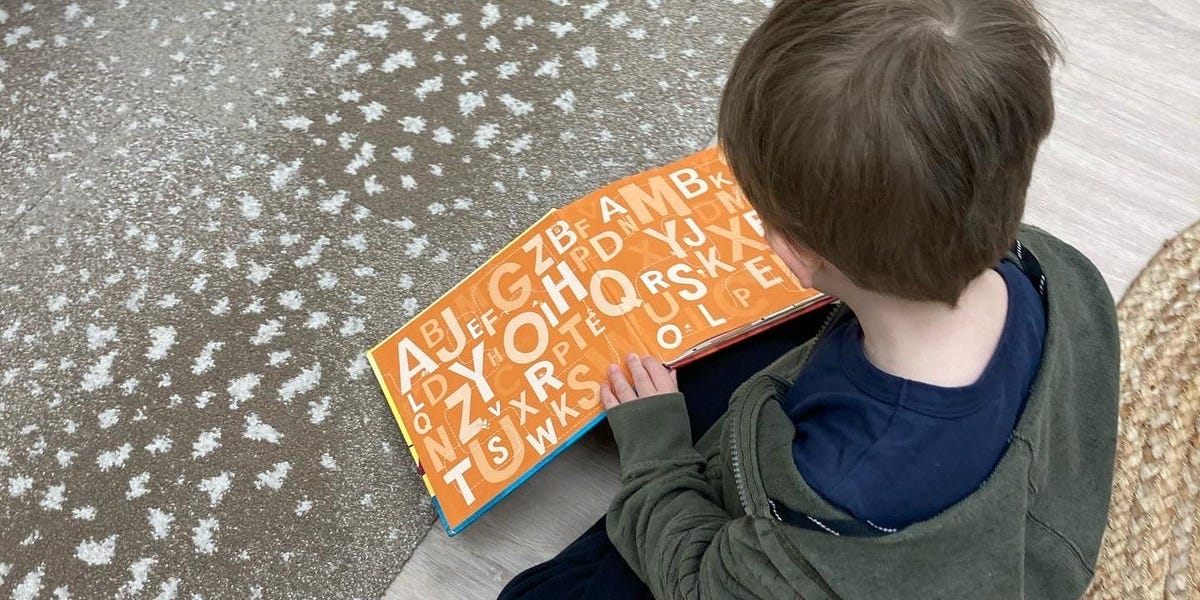 “Good night, Millard Fillmore. Good night, Calvin Coolidge.” After my 3-year-old son James memorized the names and faces of every American president, he incorporated them into his bedtime routine, seemingly creating his own version of “Goodnight Moon.”

James became interested in presidents after memorizing the shape of each US state and territory. He knew all about the ABC, he even knew at 22 months which lowercase letters were identical turned upside down, and he could count to 120 before he was 2 years old. He could also read about 15 words.

James is academically advanced, but if you asked his name and age, you’d probably be greeted with a blank stare. If you said hello, he would probably stay silent until he identified a letter on one of your clothes. Then he would repeat the letter repeatedly, long after you acknowledged understanding. If you said goodbye to him, he wouldn’t say it until you were within earshot.

There’s a reason my son has specific interests but lacks social reciprocity and cues: James has autism spectrum disorder, a recently found diagnosis.

We had to wait for an evaluation

The diagnosis came after we waited four months for an evaluation because autism rates are on the rise and there aren’t enough experts to go around. James began showing signs of ASD – toe walking, gigantic reactions to changes in environment, resistance to haircuts, sudden aversion to baths and swimming after enjoying both – shortly before the pandemic hit. don’t knock.

Although I have enrolled James in educational programs for early intervention and speech therapy to help him communicate, I have no interest in changing who he is deep down inside. It’s because of his neurodivergence that he’s so funny, entertaining and engaging.

He can quote many movies

We have the same taste for family films, our favorites being “Home Alone” and “Dennis the Menace”.

James quotes movies and TV shows with the precise inflection, tone, and rhythm of the speaking actor, and he’ll do it over and over until everyone is bored except the two of us.

This concerns his echolalia, a disorder often seen in children on the spectrum that involves the repetition of another person’s words.

Last summer, we were leaving a park when he proclaimed, “My name is Alyssa Callaway!” quoting Ashley Olsen in the 1995 comedy “It Takes Two”. James used to recite lines from the movies all the time, using the emotion the character felt to describe his own feelings. He could have borrowed an exasperated statement from Alyssa Callaway to express that he was not ready to leave the park.

I want him to express himself without having to rely on fictional characters, but I’m also charmed by this trend.

It pains me to see my son watching the children in the park, full of desire to join them but not knowing where to start. James’ medical assessor suggested swapping his presidents cards with Pokemon cards so he could be closer to his peers. But I don’t think flash cards are the problem, or some other type is the solution.

Before he can trade Pokémon cards, he must first feel comfortable saying hello to other children. So maybe the personality traits tied to his diagnosis — movie quotes, nervous love for letters and numbers, and knowledge of U.S. numbers and geography — can help him find the kind of friend who will be just as charmed by it all as I am. .