Many parts of the UK could declare drought, says DEFRA 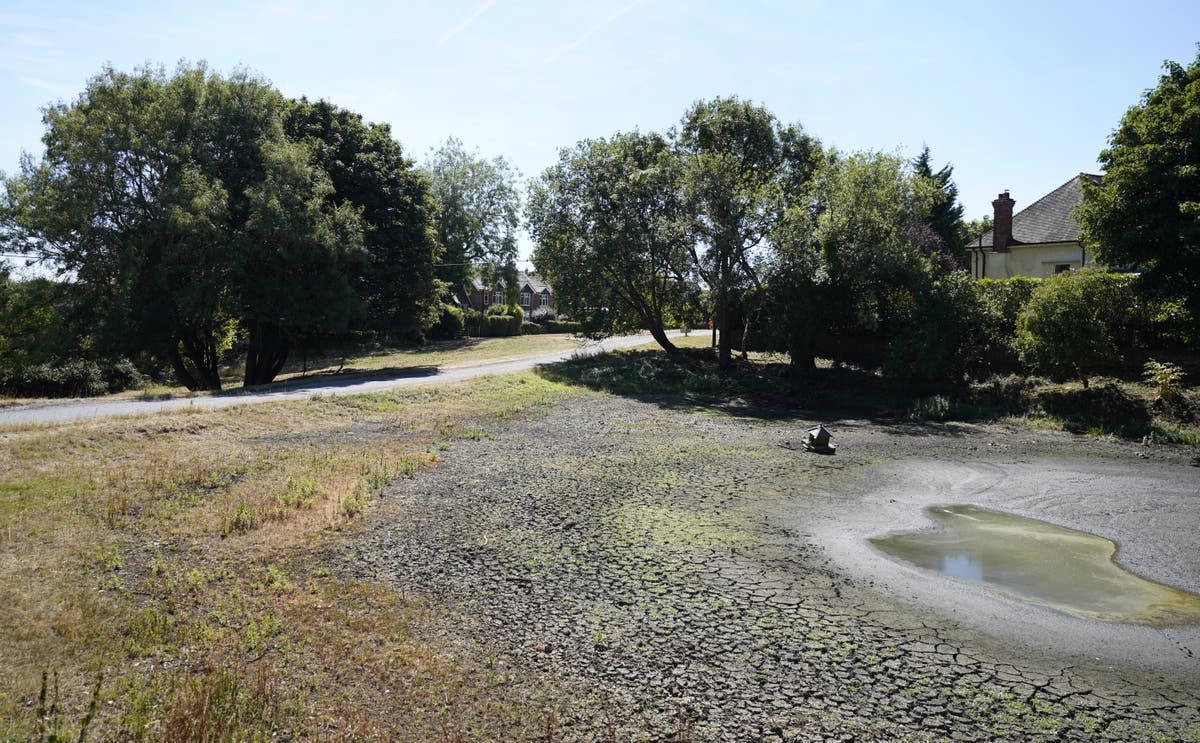 roughs could be declared in large parts of the UK from Friday, according to reports, in the most severe warning yet.

Sky News said a source at the Department for Environment, Food and Rural Affairs said the statement would relate to “a number of regions”, beyond the previous suggestion that it could be contained in the southwest.

Although the drought is not expected to be declared nationwide, it could see more no-go areas for watering, as Thames Water has previously issued.

Little rainfall has been felt in London this week and the Met Office has issued amber heat warnings. July has been declared England’s driest month since 1935.

Meanwhile, a university professor has warned that people should ‘be careful’ not to wish for heavy rain to cool temperatures – as a downpour could lead to flash floods.

Rob Thompson, who is part of the University of Reading’s Department of Meteorology, posted a video of an experiment on Twitter which used three glasses of water on different grass surfaces to demonstrate what happens when it rains after a drought.

In the first experiment, a glass of water is placed on wet grass and soaks into the soil quickly, with the second experiment pointing out that water soaks into grass during a normal summer at a slower rate.

In the final experiment, the water is placed on what appears to be dry grass and does not appear to move, highlighting the potential for flash flooding if heavy rains follow a heat wave.

Dr Thompson told the PA news agency: “Britain is desperate for rain to break this drought.

“But we have to be careful what we wish for.

“Experience around the world has shown what can happen when heavy rains follow a very dry and hot period that has hardened the ground.

“The water cannot seep in easily, most of it flows directly to the surface, which can quickly turn into flash floods.”