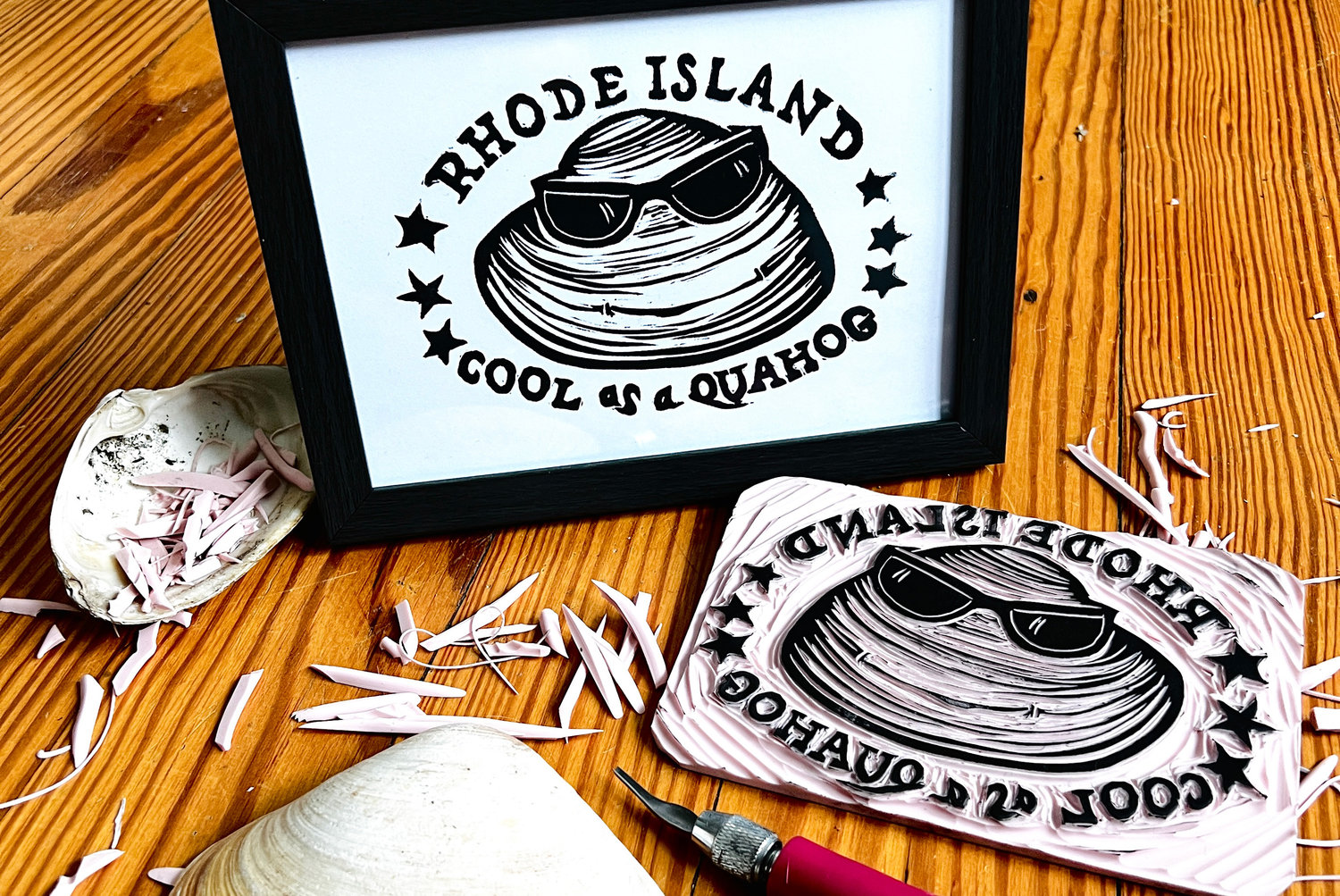 Jeff Palmer is busy. “I will be selling Saturdays at the PVD Artisans Market in Lippitt Park on Hope Street and Providence Flea most Sundays of the season,” begins the linocut artist known on Instagram as PixelPalmer and doing business as Taft Street. Studios. “I will also be showing up at the Field of Artisans pop-ups at Narragansett Beer some Fridays and Innovation Park District on Thursdays. I will also be at the Wickford Art Festival on July 9 and 10.

The subjects of Palmer’s designs are primarily pop culture and Rhode Island, and his catalog of works includes over 400 prints – from Aretha Franklin to ZZ Top. Making a linocut, from concept to completion, can take between an hour and six. Palmer meticulously carves the negative space of a desired image into a piece of flexible linoleum, brushes it with the right amount of ink, sandwiches it between a piece of paper and a wooden press, and squeezes firmly to transfer the drawing. The product is a mirror image of the linocut stamp itself, requiring Palmer to work entirely in a reverse mindset: upside down and relative to space that won’t pick up ink in the process of printing. final print. Find prints on a variety of mediums including woodblocks, paper, flags, embroidered patches, mugs, and more.