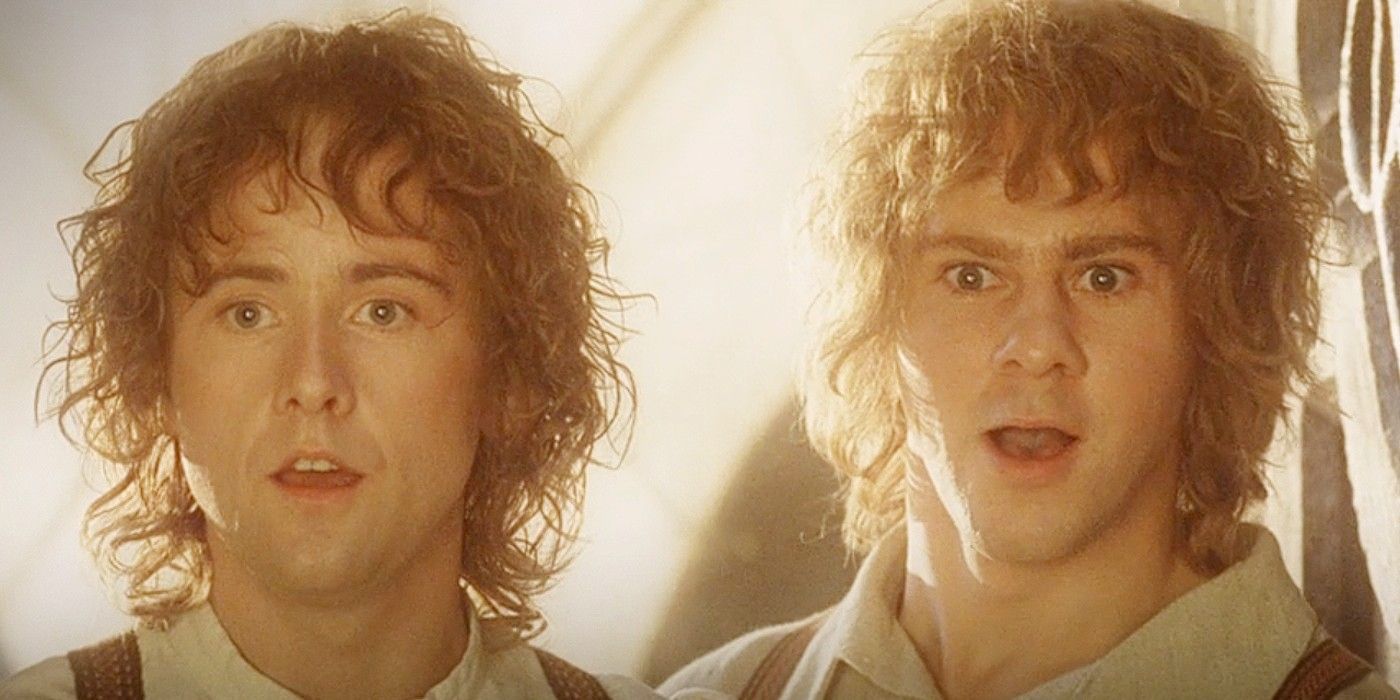 Exclusive: Lord of the Rings’ Dominic Monaghan recalls an early memory from set that put him in the mindset to watch his co-stars’ backs.

According The Lord rings star Dominic Monaghan, he and his co-stars took care of each other very quickly on the set of the film series. The the Lord of the Rings The trilogy is widely considered one of the best ever made and is among the most successful fantasy films of all time. Based on JRR Tolkien’s stories of a community of Middle-earth dwellers seeking the destruction of the Almighty Ring, the films directed by Peter Jackson transformed the author’s work into a juggernaut of awards and a worldwide sensation. Middle-earth love continues in highly anticipated Prime Video power rings series, set thousands of years before the events of the the Lord of the Rings movies.

In the Lord of the Rings, Monaghan plays Meriadoc “Merry” Brandybuck, a hobbit who helps his cousin Frodo Baggins in his quest. Merry is joined at the hip by Pippin Took (Billy Boyd), and the pair of hobbits are among the films’ most beloved characters. Monaghan recently took on another literary-derived character, voicing Sherlock Holmes’ nemesis on the Audible podcast Moriarty: The Devil’s Game. The podcast plays around with the iconic character’s designs and even finds Monaghan reunited with his LOTR co-starring Boyd.

Related: Rings Of Power Looks Great – But It’s Not The LOTR Show You Expected

In a recent interview with Screen Rant at San Diego Comic-Con 2022, Monaghan remembers about his involvement in The Lord of the Rings. Asked about a favorite memory from filming the trilogy that he initially forgot, the actor chooses something Boyd reminded him of. Monaghan then revealed a sweet note once exchanged between the two hobbit actors at the start of filming. Read Monaghan’s quote below:

Exclusive“I think the thing that really stuck in my mind – it’s just a little thing, but it completely popped out of the back of my brain – was that Billy told me that On the first day of shooting, I gave him a card before we started shooting. He opened it, and inside the card I wrote, “If you watch my back, I’ll watch your back. Love, Merry,” to Pippin.

I was like, “What, really?” He said, “Yeah,” and I said, “Oh, that’s interesting.” Because throughout the whole trilogy, I was always aware of, “Okay, I’m fine. How’s Billy?” And if that was okay, then obviously at that point, I’d say, “How’s Elijah? How’s Sean? How’s Viggo? How’s Orlando?” It sort of automatically became this thing like, “If I’m okay, then how’s my partner in crime?” And for that to have been captured on a map on day one, that’s kind of interesting.”

Still loved over 20 years later, a key factor for The Lord of the Rings’ endurance is the bonds created between its characters; perhaps no more than those between Merry and Pippin. Frodo actor Elijah Wood has previously mentioned that the four hobbit actors stick together in a group text because of the friendships created on set, and Monaghan’s comments highlight exactly why that was the case. The actor explains that the actors immediately cared about each other and that connection lasted throughout filming. The LOTR the cast even planned a reunion in New Zealand in 2021 to celebrate the 20th anniversary of Fellowship of the Ring (which has been relegated to Zoom due to the COVID pandemic).

Knowing that Monaghan and her co-stars were watching each other from day one isn’t just a healthy thought, but that warmth has always translated to the screen. Merry and Pippin’s friendship and love was a highlight of the trilogy for many viewers, and their off-screen bond was clear. The the Lord of the Rings The actors’ close relationships are even more significant given the physically and emotionally draining nature of the three-year shoot, which at times proved difficult and isolating. For Monaghan and the rest of The Lord of the Rings cast, it looks like the brotherhood was a real one.

Next: Is Sauron in the Rings of Power? Where is he during the second age of LOTR?

Kevin Swanstrom is a senior TV and film news writer for Screen Rant based in Los Angeles. In addition to moonlighting as a pop culture journalist, he is a screenwriter and playwright. His work has been performed at the college level as well as at the Hollywood Fringe Festival, and he was a quarter-finalist in the Screencraft Horror Competition, as well as a two-time finalist in the NYC Midnight Short Film Competition. He graduated from Chapman University in 2013 with a degree in theater arts and a minor in English, but might as well have majored in unemployment. He loves writing fiction, especially comedy and horror, and is a fan of movies of all genres, from romances to goofy 1930s comedies to forgotten cult movies. He also enjoys playing and reliably getting 3rd place in bar trivia, board games, and creating music playlists for friends, even burning them to actual physical CDs.