Lillian Arizona Reed, who made munitions during World War II, dies at 100 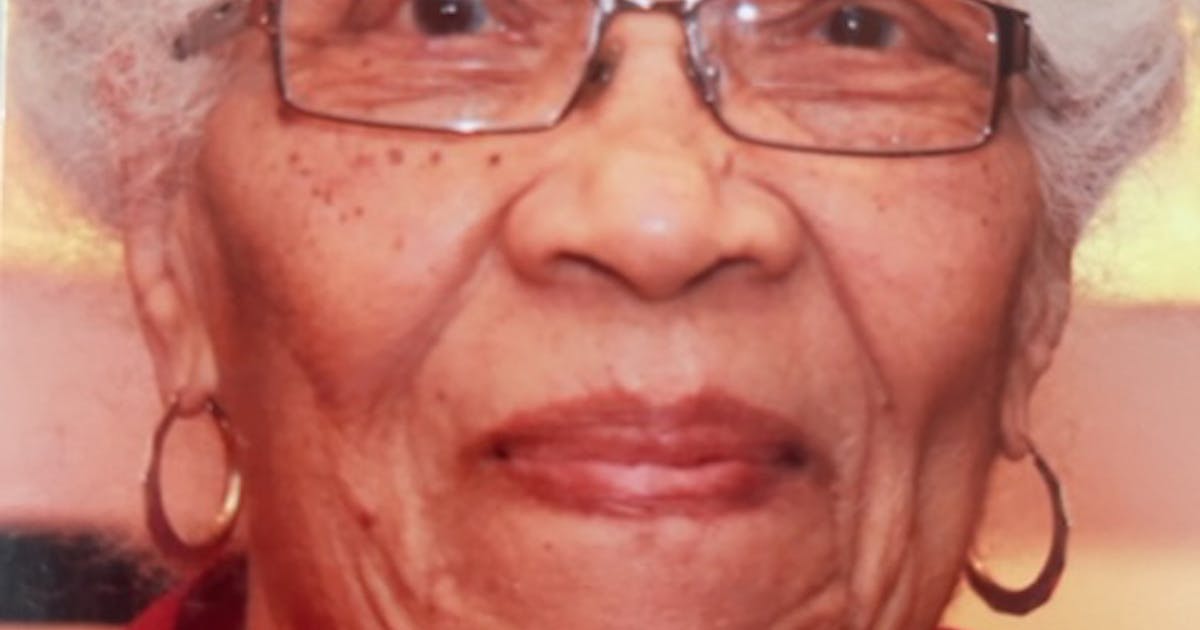 “She’s seen a lot,” said her son Duane Reed, whose mother died Aug. 8 after a month of illness.

As a child in Shuqualak, Mississippi, she endured segregation and the Great Depression. She was only allowed to attend school for three months a year.

Her mother died when she was 5, and she and her six siblings dispersed with relatives, until the Great Migration and President Franklin Roosevelt’s New Deal took her coal miner father north. , to a stable job in Chicago. Reed, who had been taken to care for her sister’s children in Tennessee, was around 12 when the family got together.

Uncomfortable in his fast-paced, integrated school in the city of Chicago, Reed quit after ninth grade. She worked at Canfield Beverages and later at a factory making munitions for soldiers during World War II.

Being a “Rosie the Riveter” proved difficult, but Reed loved to work and lived up to his Depression-era family principles: hard work. Don’t waste. And “pool your resources!

She met Walter Reed at a church party. They married in 1945 and moved to St. Paul, which remained his adopted home until his death.

“Everyone loved her. She spoke to everyone and treated everyone the same, no matter what you looked like or who you were,” eldest granddaughter Lisa Reaves said.

Lillian and Walter moved in with her brother on Iglehart Avenue when they were new to St. Paul. She found work on the assembly line at the Twin Cities Army Munitions Factory in New Brighton and later in Honeywell, while Walter worked as an orderly at the Veterans Hospital.

They had three sons before buying a house in 1950 on Carroll Avenue in the historically Black Rondo neighborhood. They lived two blocks from Pilgrim Baptist Church, where she took the boys every Sunday and cared for herself for 75 years,

On Carroll Avenue, Reed taught his grandsons the ropes of cheerful frugality. Walter Michael, Duane, and Ronald laughingly recall that she would buy them a single ice cream cone and they would take turns licking each other.

But like ice cream, Carroll Avenue’s treats wouldn’t last. The city took the Reed house along with 700 other Rondo houses under eminent domain in 1956 to make way for Interstate 94. The Reeds then built a house on Fuller Avenue for $15,000. To pay for it, she assembled Honeywell thermostats by day and served by night at Road Buddy’s Bar-B-Que.

Reed has always said she was comfortable not being rich. She religiously balanced the family checkbook to the penny, grew and canned all her vegetables, and pooled her resources to avoid “old man’s poverty” and survive. Beyond that, what mattered most, she often said, was, “When you treat people right, you can sleep at night,” Duane recalled. “That’s what she really believed contributed to her longevity.”

Reed retired from Honeywell in 1974 after 25 years, but did not rest. She adopted her disabled grandson, Kevin, and went back to school to learn “the new math” so she could tutor him and be his school advocate.

Reed instilled in Kevin and the rest of the family a love for education that she never received.

If she had the chance, she would have been a teacher, said Reaves, who teaches English in the state of Virginia. “She loved teaching and history and that combination made her love everything about my profession.”

At 85, Reed flew to Virginia to speak to Reaves seventh graders about the influences of the Depression, segregation, the Great Migration, and Roosevelt’s New Deal on her life.

Reed’s speech became an annual history lesson for Reaves’ classes for 15 years. “These 12 and 13 year olds loved his stories and his struggle. They write him letters that are so heartfelt,” Reaves said. “Now I don’t have that lesson anymore. But I’ll try to honor it in another way.”