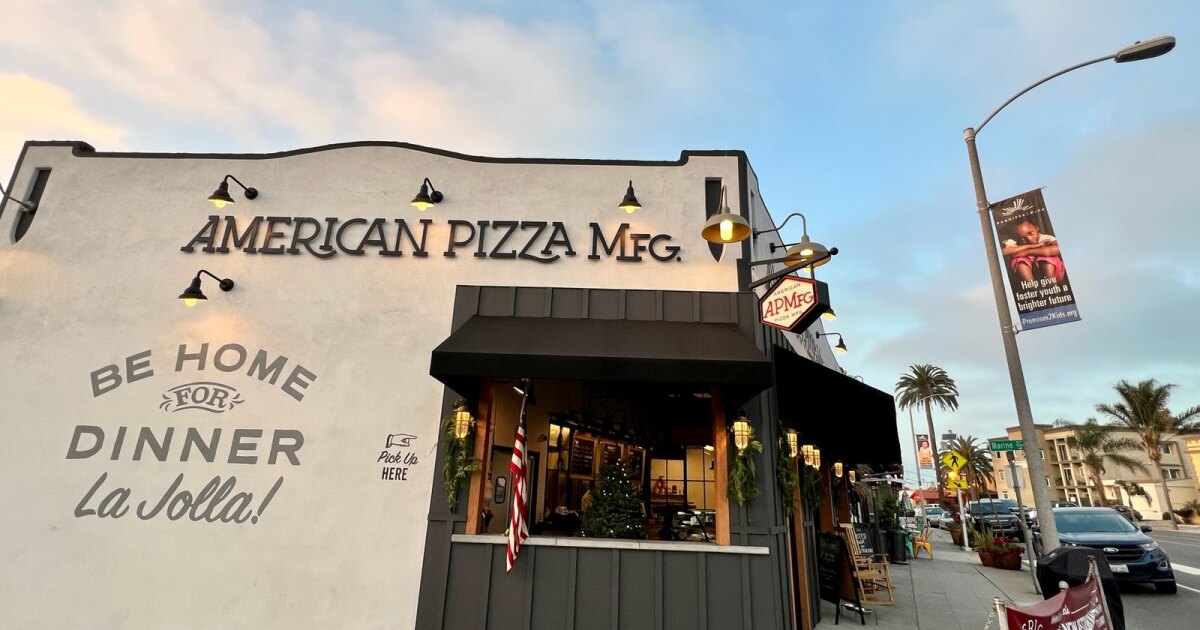 In an ongoing legal back-and-forth, La Jolla restaurant owner American Pizza Manufacturing has filed a counter-suit against a local resident who the lawsuit accuses of waging an “unrelenting and continuing campaign of harassment” against the local resident. restaurant while “defaming [APM and] … unfairly interfering with APM’s activities.

The lawsuit, filed in U.S. District Court on Jan. 3, seeks damages in an amount to be determined at trial.

In November, resident Ajay Thakore, also known as Ace Rogers, filed his own lawsuit in federal court against APM and its owner Andrew Melone, accusing Melone of racial harassment, false advertising and a ban on use public parking.

Thakore’s lawsuit, which seeks $ 10 million in damages, has yet to be heard by the court.

American Pizza Manufacturing, which opened in July 2020 at 7402 La Jolla Blvd., offers assembled pizzas in the store for customers to bake at home.

Melone’s lawsuit claims that from October 2020 Thakore “verbally harassed APM owners, employees and customers, posted over 100 negative and false online reviews, made objectively false statements and arsonists on social media accusing APM of, among other things, animal abuse and “hating people of color”, paid others via online solicitations to harass APM “and parked vehicles outside the company who displayed derogatory messages on “take ‘n’ bake pizza”.

Planes also flew over the pizzeria, shooting banners with similar messages, according to the lawsuit.

“The volume and timing of negative reviews is indicative of a coordinated effort to target the business,” says Melone’s lawsuit. “The falseness of the critics was evident in part by making claims like APM selling burnt pizza, when the company doesn’t even bake pizza.”

The lawsuit accuses Thakore, who owns a digital marketing company in University City called Doctor Multimedia, of using social media to encourage people to call APM and “give them your opinion of them,” the “top 10 people receiving.[ting] $ 100. Another post offered to pay up to $ 100 for food at another pizzeria in La Jolla, according to the lawsuit.

Thakore, who said he was “of Indian descent from the country of India,” told the La Jolla Light that Melone used racist slurs against him and “refused me to serve, and one of his clients kicked my disabled dog on three legs”.

His trial says “[Melone] and his company discriminates against anyone who appears to be of Arab or Asian descent … as well as members of the LGBQTIA community.

“It’s disheartening to have to defend against a adversarial attack on our integrity,” Melone said in a statement to the Light. “We hope that as the true nature of the events in question is revealed, this will put an end to such behavior targeting APM and other small businesses like ours.” In the meantime, we cannot thank the people of La Jolla enough for their understanding as we work diligently to resolve this unfortunate case. We are more than proud to be part of such an amazing community.

According to Melone’s lawsuit, the dispute between the two began when the City of San Diego converted the parking spaces outside the MPA to a 15-minute zone and Thakore “would illegally park … in spaces. 15-minute public parking spaces for hours … and … for extended periods in the red zone outside of the MPA.

“Thakore was not satisfied with the changes to the parking zone as it somewhat hampered his ability to frequent other commercial establishments in La Jolla,” the lawsuit said.

Thakore did not immediately respond to requests for further comment.

Lawyers for Melone declined to comment and those for Thakore did not respond to requests. ??