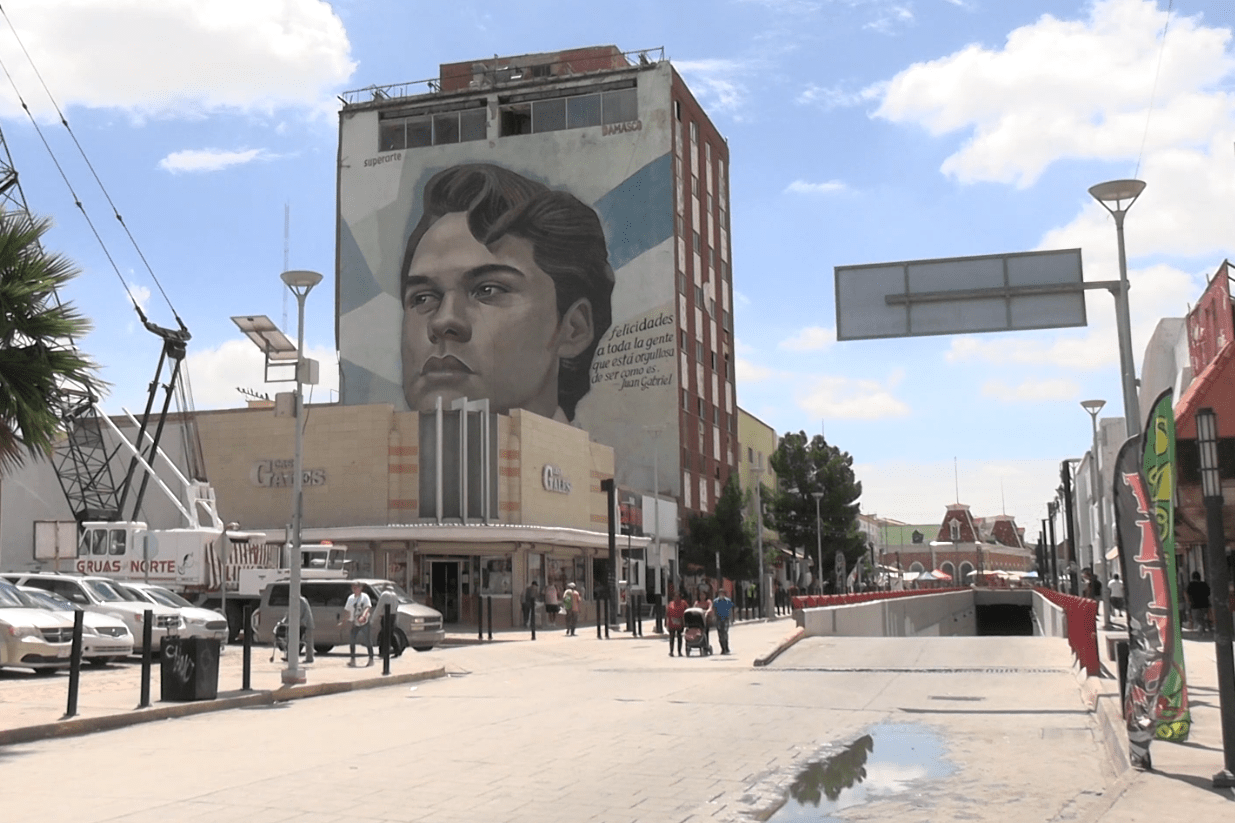 EL PASO, Texas (Border Report) — The city of Juarez plans to restore a massive mural in its downtown area of ​​legendary singer and songwriter Juan Gabriel.

The touch-up coincides with week-long activities honoring the musical icon on the sixth anniversary of his death.

“It should be a matter of pride, something to celebrate. This brings added value to our city, helping us overcome the perception of danger associated with our city,” said Rogelio Ramos, president of the Juarez Chamber of Commerce, during a press conference.

The city hired artist Arturo Damasco, who painted the original mural on the side of the eight-story Hotel Moran building, to refurbish its artwork.

Visit BorderReport.com for the latest exclusive stories and breaking news on issues along the U.S.-Mexico border

The artist plans to apply a new coat of paint and sealer; the background around the performer’s face could also be changed, city officials said.

The festivities began on Sunday with a parade and street concert downtown.