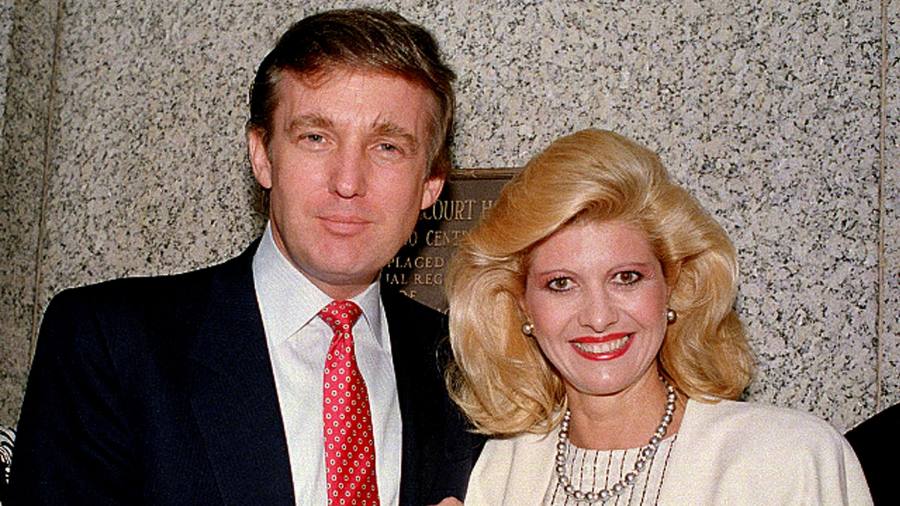 Ivana Trump, the former president’s first wife and partner in shaping his golden, larger-than-life personality in 1980s New York, has died at the age of 73.

Trump was born in the former Czechoslovakia and became a competitive skier and model. In addition to raising the former president’s three eldest children, Donald Jr, Ivanka, and Eric, she was an author, designer, and executive who ran one of her husband’s Atlantic City casinos, Trump Castle, and managed the Plaza Hotel in Manhattan.

In a social media post on Thursday afternoon, Donald Trump said he was “very saddened” to announce Ivana’s death at her New York home.

“She was a wonderful, beautiful and incredible woman who led a wonderful and inspiring life,” he added.

Ivana Marie Zelníčková was born and raised in communist Czechoslovakia, the daughter of an electrical engineer. Accounts differ as to whether she was indeed an alternate on the country’s Olympic ski team in 1972. A marriage of convenience enabled her to obtain an Austrian passport. She then moved to Canada, where she worked as a ski instructor and model and improved her English.

According to an account from the memoirs of the former president, Trump: the art of the deal, the couple met at the 1976 Summer Olympics in Montreal and married the following year in New York. (Other accounts claim they met in New York).

“I had dated a lot of different women at that time, but never got seriously involved with any of them. Ivana was not someone you would casually date,” wrote Trump, saying his then-wife was “almost as competitive as I am.”

After their wedding, Donald put Ivana, a lover of pink marble, in charge of the interior design of the properties his company, the Trump Organization, was developing. In addition to perfecting the Trump look, the ambitious Czech immigrant was also credited by People Magazine with crafting a determined social climb in Manhattan for her Queens-born husband.

The Trumps’ 14-year marriage exploded dramatically after Donald met young Marla Maples. Their divorce, finalized in 1991, became a tabloid fascination. Ivana reportedly walked away with $14 million, plus a house and an apartment.

Gossip columnist Liz Smith dubbed it “the greatest story I’ve ever seen that isn’t important – next to Elizabeth Taylor and Richard Burton”.

Despite the apparent acrimony, Donald arranged his ex-wife’s wedding to Italian actor Rossano Rubicondi at his Mar-a-Lago club in Palm Beach, Florida in 2008. She returned the favor by supporting his presidential campaign.

In her post-Donald life, Ivana sold jewelry and cosmetics on the Home Shopping Network and wrote bestselling books. In a 2017 memoir, Raising TrumpIvana joked, “My version of helicopter parenting was getting the kids to work with me in the Trump helicopter.”

In a recent reminiscence of her hotel days in the 1980s, posted on her daughter’s blog, Ivana eschewed her glamorous reputation to portray herself as a hard-working woman.

“As a beautiful, very wealthy woman, there was a stigma that I was meant to be home, dressing for visitors, going to lunch, supporting charities here and there,” she wrote, “but that wasn’t all I was.”