How to find the treasure hunt machine parts in Nier: Automata. 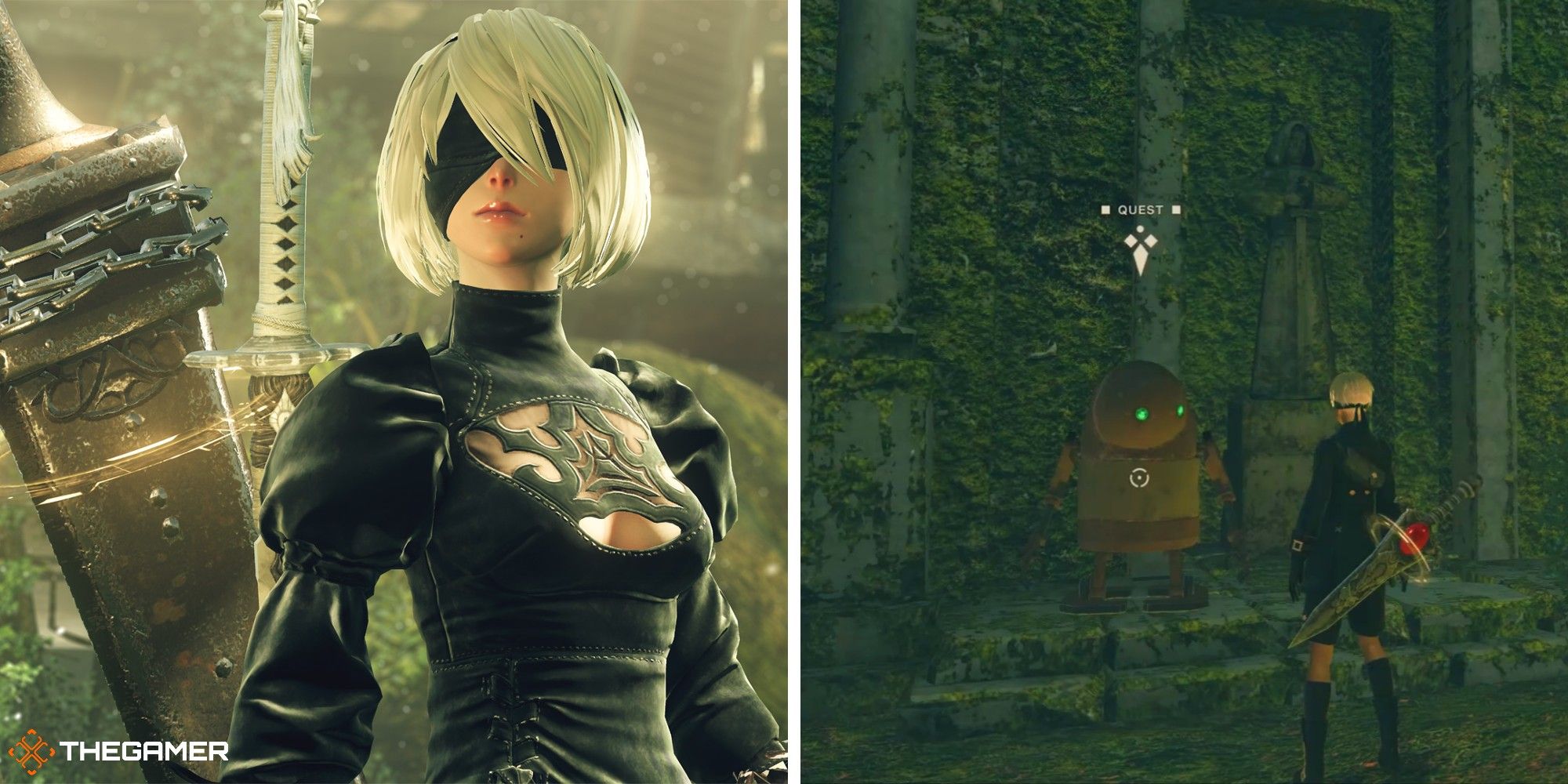 To deny: automata puts you in the shoes of androids on a journey to reclaim the earth, which was once the home of humans but is now under the control of deadly machines. The game tells a compelling story about androids, with deeply driven story quests.

Along with the game’s story campaign, you’ll encounter many side characters with their own stories to tell. There will be many sub-quests that you can experience in the game. One of these sub-quests is called Treasure Hunt At The Castle, of which you will find a presentation in this guide.

GAME VIDEO OF THE DAY

How to Start the Castle Side Quest Scavenger Hunt

Treasure Hunt at the Castle is a side quest that you will unlock in Chapter 7 campaign after defeat A2 in the forest castle in the Report on A2 main quest. The machines will open the doors that connect the Machine Village and forest castle after the main quest. At the entrance to the door that connects the two locations, you will find a robot named weird talking machine.

The robot will tell you about a hidden treasure that is locked somewhere in the forest castle. The treasure belongs to the deceased king of the forest and is in the custody of a forest knight. The robot wants you to find the treasure and bring it back to him so he can take a look.

The goodies are behind a door for which you will first have to find a key. You need to collect three machine parts which will combine to form the door key. Machine parts are inside chests unavailable in the first run of the fort but will now appear once you return for the side quest.

The quest marker will appear on the map near the door.

Head to the Forest Castle

The guide will cover the walkthrough from the main entrance for an easier path.

Location of the first part of the machine

Upon entering the forest castle, you will face a machine with a shield on the stairs. Kill the machine and move on. More enemies will come charging towards you. Take care of enemies and Keep moving on.

In the next room, head to the upper floor by jumping on the destroyed platform. Proceed to the next room until you are in a room with enemies and an armored knight on the upper floor. There will be a tree in the room blocking the way. Go to the previous room and jump down.

From there you can climb to the upper floor using the trunk of the tree. You will find yourself on a platform with the first chest. Interact with the chest to collect the first part of the key.

Location of the second part of the machine

Get off the platform and head to the next part of the forest castle to find the last two keys.

Run through rooms while fighting rushing enemies and jump to the first floor using the rubble. Enter the next room, where you will see statues of knights and two disguised enemies among them. They will jump on you as soon as you get close. kill them and continue up the stairs.

As you go up the stairs, you will be attacked by a machine that looks like a giant worm. The machine will be made of assembled beads, where one of the beads will be gilded. The golden pearl is the mechanical worm’s weak point.

Try to aim your attacks at the golden part of the machine to deal critical damage and kill it in seconds.

Continue on the path and head upstairs using the stairs. There will be a platform with a chest that you can see from the top of the stairs. Double jump and glide to the platform to reach it and loot the chest. You will receive three titanium alloy.

Back on track, head to the next room filled with large pots. An enemy will jump from the bottom of the pots and attack you. Kill the enemy and go further to the main hall of the forest castle.

Go around the floor and climb the ladder to the top. Head to the left and jump to the platform. On the other side of the platform, there will be a chest. Double jump to the corner platform and interact with the trunk at the second part of the machine.

Location of the third part of the machine

Go back to the previous platform and go through the door to the next room. Head up the slope and continue straight until you reach the room where you first faced the machine worm.

A second machine worm will appear to attack you and prevent you from going any further. Use the same strategy as before and aim for the golden part to quickly kill the machine.

Exit and jump onto the platform below. Jump to the right platform and go inside to find the chest with the last mechanical part of the key.

How to open the locked door

Return to the room where you fought the two mechanical worms and glide down. Exit the stairs and head to the main hall where you got the second part of the machine. This time instead of climbing the ladder, use the second ladder that goes down. Go back down the ladder and head straight for the next room.

There will be a giant locked door that leads to the library where the Forest King’s tomb and the treasure are. Interact with the door to unlock it and enter.

Upon entering the library, you will see an armored knight guarding the tomb of the Forest King. The Knight has an indestructible shield and deals massive damage with his Electric Charge attacks. The only way to defeat the mini-boss is to attack it from behind when exposed or use ranged attacks.

Make sure you don’t hack the knight before he sees you, as this disrupts the encounter and doesn’t allow you to move on to the next objective. The knight will disappear after you kill him, and the only way to make him respawn is to load the previous save or interact with the door.

After defeating the knight, head to the Tomb of the Forest King and interact with him. You will receive an archive note named Letter to the king of the forest. Take the letter back to the weird talking machine at the gates and give him the letter.

This will complete the side quest and you will get the following rewards from the machine: