How Scarborough mask maker Wintercroft caught the attention of Greenpeace, Björk and the BBC Proms 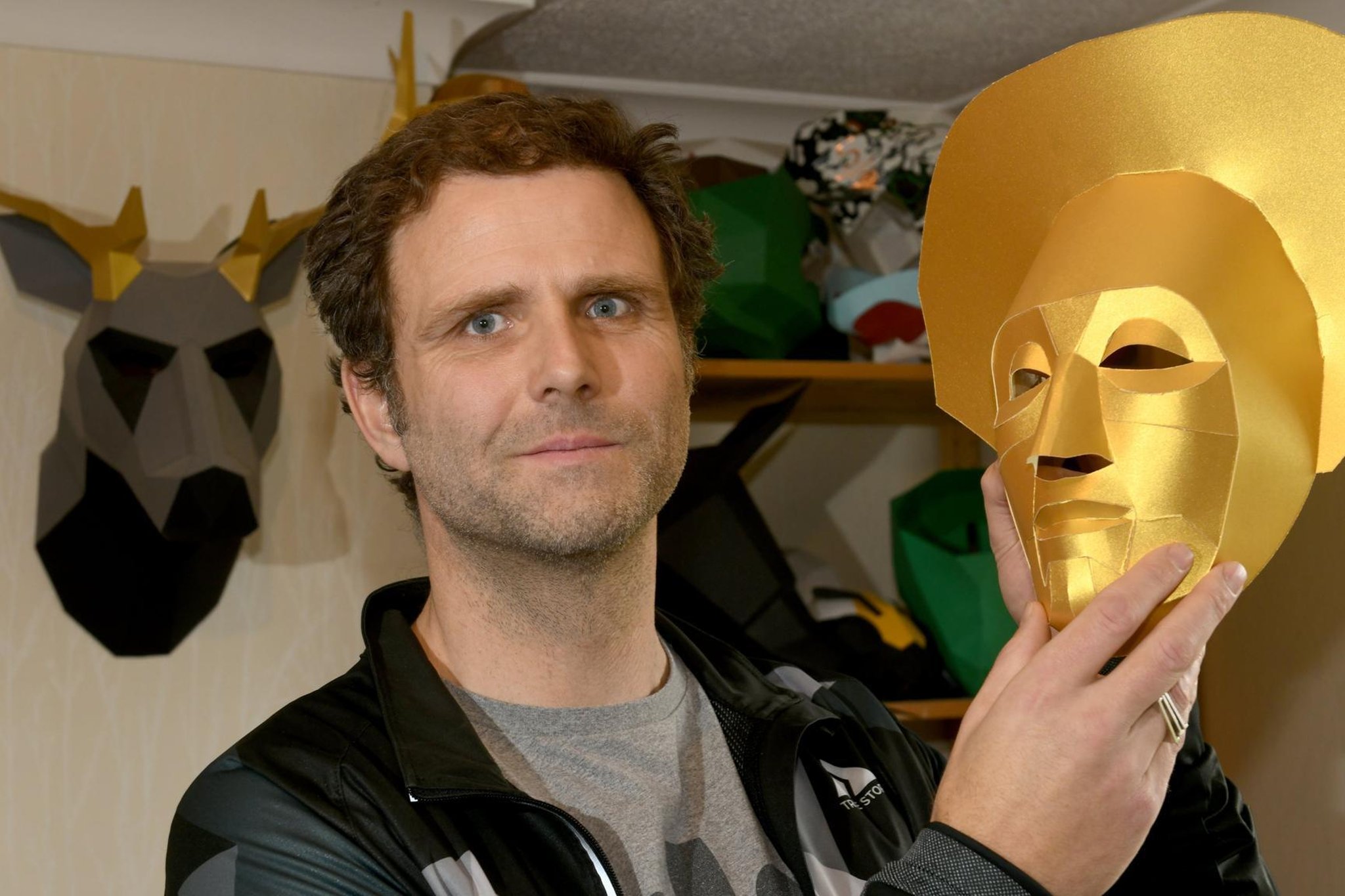 The “penguins” huddled outside the National Theater in London, in the deserts of Israel, on the shores of the Dead Sea, under the skyscrapers of Tokyo and skated on the ice in Stockholm.

An army of around 3,500 humans wearing penguin masks waddled through the streets of 41 countries in one day in 2018 as part of a campaign by Greenpeace to raise awareness of the plight of penguins and the protection campaign of Antarctica.

Register to our daily newsletter

The newsletter mute the noise

The masks were designed by Steve Wintercroft, an artist from Scarborough who uses sustainable methods to help a community of people around the world enjoy creativity.

Scarborough artist Steve Wintercroft with some of the masks he makes. Photo: Gary Longbottom.

Wintercroft says, “They did a campaign where they had people dress up as penguins in a whole bunch of cities around the world.

“And so, with a digital model, we were able to send it out to all these different people. It was printed locally, then the masks were assembled in situ, and then we had people marching all over the world as than penguins on the same day, which is incredible. The visual impact is very strong. It’s a good way to convey a strong message.

Wintercroft and his wife Marianne’s pattern of offering mask designs to anyone who wants to download them online has been going on for years.

But this campaign day was just one of many high-profile projects for Wintercroft, which is their brand name and a nickname that has caught the attention of artists such as Björk.

His origins, however, were early and humble.

“I got an invitation to a Halloween party,” says Wintercroft. “I was living in Cornwall, the Halloween party was near York. It was a bit of a last minute thing – I didn’t have a costume sorted, so I just raided the recycling bin and assembled a fox mask from card stock.

“I went to this party and everyone loved it. And I thought it would be really nice to be able to help other people do the same kind of things.

“So we developed a process that allows other people to make masks from waste. And from there, we just did it in a very open and collaborative way.

The ‘penguins’ take to the streets of Leeds in 2018 wearing Wintercroft masks. Photo: Steve Riding.

The beauty is that anyone, anywhere can do it with materials around them.

“It’s a very democratizing process. The barriers to this are very low. And you can make the most of all the materials you have.

“We encourage people to make them with whatever they can collect – cereal boxes are great, wrappers etc. I see them as a starting point – we provide the framework that people can create on, so most people who build our masks end up painting and decorating them and then from there they get used to all kinds of stuff – music videos, movies, theater, all kinds.

Wintercroft’s ideas were used by the Aurora Orchestra during their live broadcast of Berlioz’s Symphonie Fantastique: The Witches’ Sabbath at the BBC Proms in 2019.

He also adapted James Merry’s “butterfly mask” created for Björk, which was donated as a pressed version in the musician’s limited-edition deluxe Vulnicura Live box set.

These are just a few examples of notable uses of his masks, and the proliferation of digital technologies has allowed the concept to flourish.

Wintercroft says, “The best thing is that kind of community and collaboration that has grown with her, that we have people all over the world making masks that we work with.

“It’s something that wouldn’t have been possible maybe 10 years ago – the digital connection with people that (means) you don’t have to be in the same place to work with them. We’ve met some amazing people through it and we’ve just been so lucky.

He is also involved in local art projects and, in the run up to Christmas, has collaborated with Yorkshire Coast BID, arts charity ARCADE and students from Scarborough Sixth Form to build a festive installation made entirely of recycled and repurposed materials .

It aimed to show “what is possible with a little imagination and old cardboard boxes”, inspiring people to think differently about packaging and waste over the Christmas period.

This passion for creativity was one that Wintercroft first discovered as a child on the Yorkshire coast.

“I’ve always been doing stuff since I was a kid. I have the compulsion to do things. I find it therapeutic and relaxing, and it ticks a lot of boxes for me. That’s kind of what I do.

“I first trained as a cabinet maker, I was building kitchens for a company in York for a while. Around the same time I also learned to shape surfboards.

In 1998 he founded Fluid Concept in Scarborough with his friend Mark Dickinson (this has been passed on to others and still operates at the North Yorkshire town’s Spa complex).

But he says: “I grew up in Scarborough at a time when if you wanted to do something creative it was very hard to do. There weren’t many creative opportunities in the city. So if you wanted a creative job, you either had to create one yourself or leave town to find one.

After being offered a job, he moved to Cornwall to work for surfboard factory Laminations in 2004.

Later, a back injury prevented him from using machinery and, becoming more environmentally conscious, he was not comfortable working in an industry which, despite its efforts to become cleaner, used petrochemicals.

“We are surfers, we spend all our time in the sea,” he says. “I’m generalizing, but overall we’re very in tune with where we surf.

It was in 2013 that he and Marianne founded Wintercroft as an eco-conscious design company, which is now run by Marianne and “invaluable” employee Fletcher Stewart.

The couple returned to Scarborough in 2016, finding the kind of thriving arts community Wintercroft had dreamed of during his formative years in the seaside town.

“Scarborough is a strange place,” he says. “It’s beautiful and it’s the most amazing place, but I think it’s vastly underrated and underrated.

“But there is a really energetic and vibrant creative community there. It was here when I came back, and it’s growing every year, which is just fantastic.

“I feel like there’s more energy in this place now than at any time I’ve been there in the past. One of the reasons we originally left was that it was hard to find creative work here, but it’s starting to feel like that’s changing.

The Scarborough Creatives are forging an artistic movement of theatre, film and more…