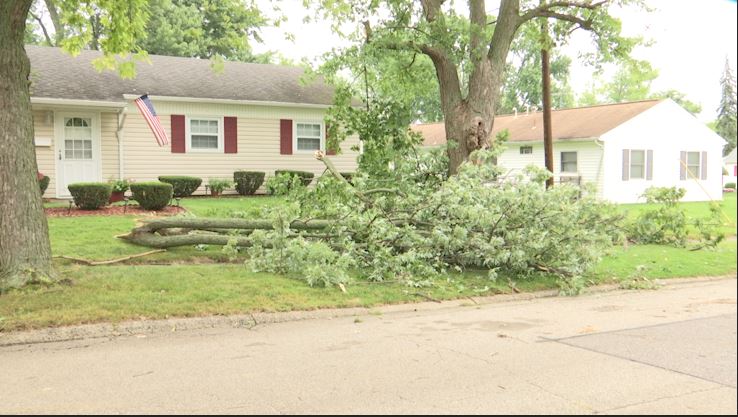 A little before 6 p.m. Sunday, a tornado warning was issued for parts of Greene and Montgomery counties. The rotation moved through Oakwood, causing wind damage, then Kettering where most of the damage was at Ketwood Apartments, before heading to Beavercreek, leaving additional damage along its track and causing panic among those who stood in his way.

Kettering resident Stephen Bennett said: ‘Well it came in with a lot of rain and then all of a sudden it was like a big whoosh that came out the front window on the west side. And I saw everything bend and fly everywhere, and I saw the trees fall, the limbs fly everywhere.

As the system crossed the Montgomery-Greene County line, residents were well prepared so no one was injured in the county.

“I am incredibly proud to see how the community responded to the emergency,” said Ethan Raby, acting director of the Greene County Emergency Management Agency. “Everyone was well informed. They stayed alert and were informed and took cover when needed which kept everyone safe.

As a lifelong resident of Kettering, Bennett said he had never experienced this and was thankful he got away with just a few broken limbs on his tree.

“It’s just dramatic,” Bennet said. “I mean I’ve never been through anything like this before, so it was a little scary for my wife and I. But hey, we’ve been through it and hopefully we’ll get through it better.”

The National Weather Service determined that the damage was caused by damaging winds with peak winds of up to 70 miles per hour.