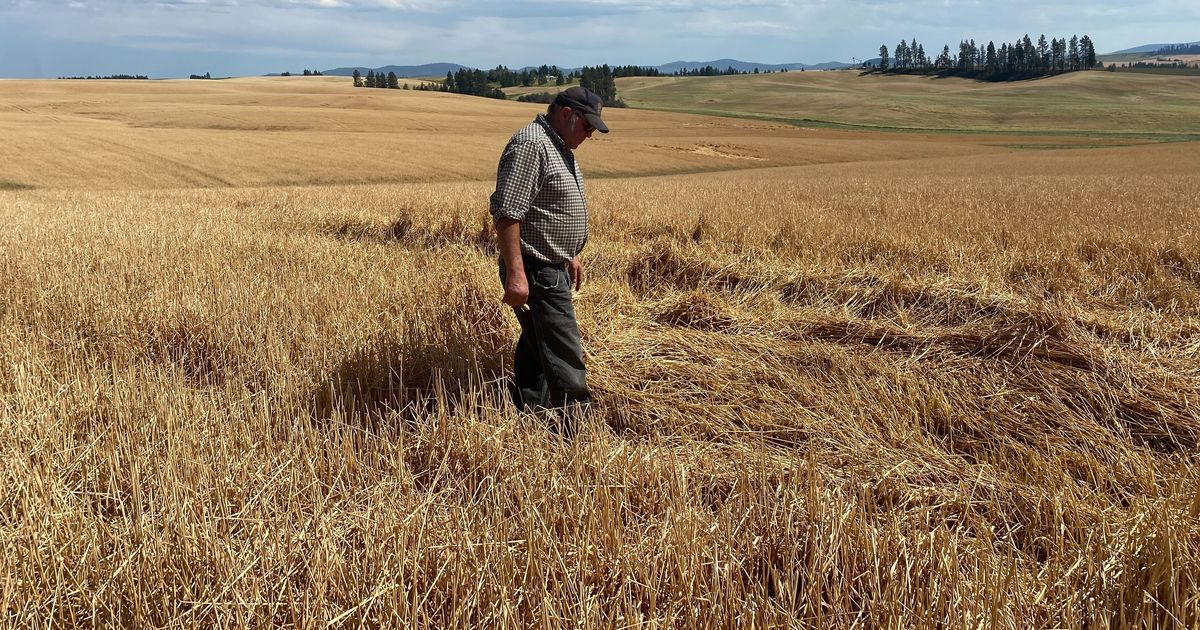 “We had fields that looked like a total loss,” said Fairfield farmer Marci Green.

Green said she knew the hailstorm hit wheat, lentils and chickpeas between Fairfield and Rockford. The former president of the Washington Association of Wheat Growers said she expects some crops in Whitman County to be damaged as well.

Wheat is no match for hail.

“It breaks heads and beats heads too,” Green said. “The grains of wheat were swept away – broke out of the head and swept the field and were on the road.”

Green said she had never had a hailstorm that wreaked such severe havoc on her crops.

“It’s the worst we’ve had on our farm,” she says, adding that other farmers in the area haven’t been so lucky over the years.

Mike Lashaw, who lives in Rockford, also suffered severe crop damage on Thursday. Lashaw thinks he lost 10,000 bushels of wheat in one field and 5,000 in another.

“Farming is always at the whim of nature,” Lashaw said.

Lashaw said some of his neighbors lost their homes to the storm and many other farmers saw their crops destroyed. Still, on the outskirts of the storm, he said, some crops were undamaged.

The effects of the hailstorm may have been very localized. Green’s house was 5 miles from where the hail fell. She heard about the crop damage from her son.

“He called us and said, ‘I hope we have hail insurance because those fields are just flat around Fairfield,'” Green said.

The insurance will soften the blow to producers who have lost part of their crop. Green said that while insurance helps “pay the bills,” it never pays as well as bringing a crop to market.

The timing of the hailstorm was particularly cruel for producers. Much of the wheat around Fairfield was days away from harvest.

“It was ripe and ready,” Lashaw said, pointing to the crumbling crops.

Lashaw planned to harvest his crops in three to four days.

“What goes through our minds is, ‘Shoot, we thought we had a really good crop there,'” Green said.