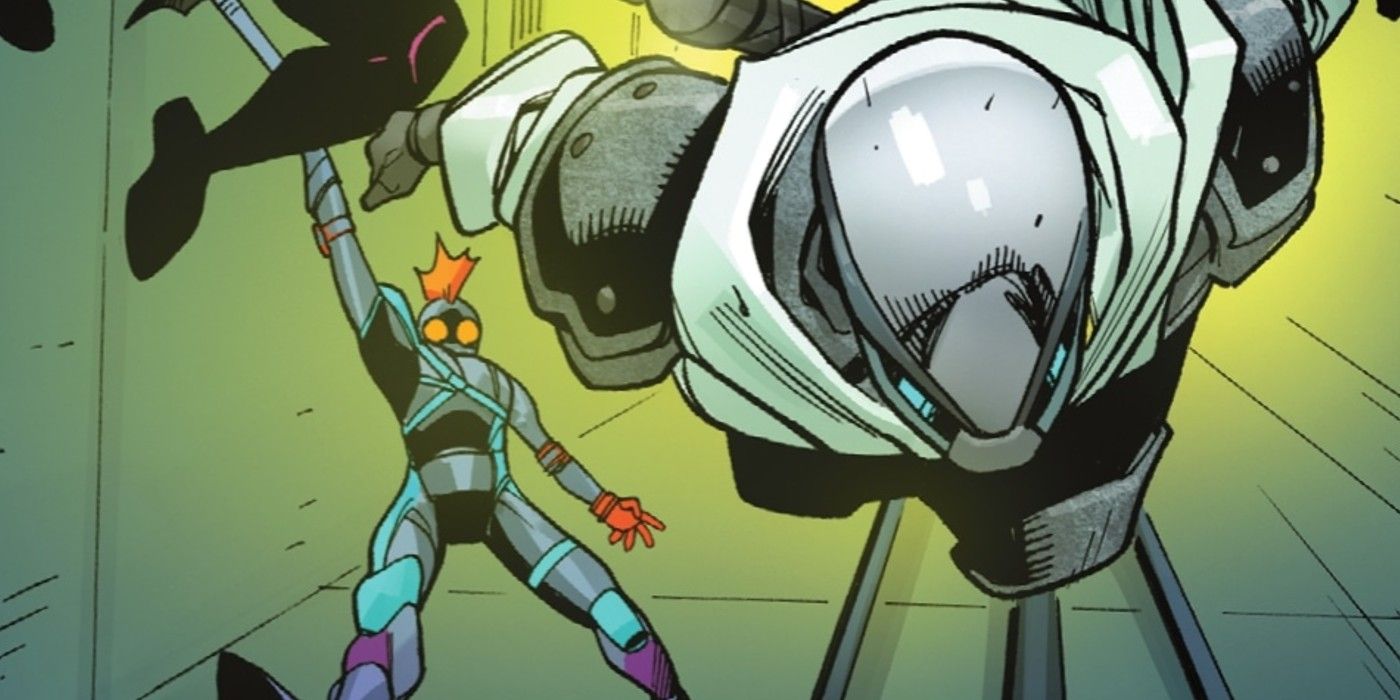 The future of Ghost-Maker seems mysterious. When he first arrived in Gotham and confronted Batman, it looked like he would become the DC Universe’s new deadly answer to the Dark Knight. However, the two have reconciled enough that the Global Vigilante decides to give up on murder for a while, so he can work more closely with Batman.

It seemed that Ghost-Maker was now truly respecting Batman’s no-elimination rule, especially when accepting the role as the new leader of Batman Inc. However, Shadow War Zone Story #1 “Panic Room” (by ALW’s Ed Brisson, Mike Bowden, Mark Morales, Antonio Fabela and Troy Peteri) showed him killing once more while protecting one of the Deathstroke’s allies.

This moment confirmed that all the progress the vigilante seemed to be making was a lie. Apparently, when Batman isn’t around, he’ll go back to his old ways and kill whoever he wants. Previous issues of “Shadow War” implied that he would be happy to kill a few Deathstroke lackeys. The fact that he killed one of the Talia here, and so openly too, shows he’s not afraid to do things his way.

However, even with this kill, there is now an exception to Ghost-Maker’s ruthless creed. He may have killed a member of the League of Shadows here, but when Clownhunter asked about the no-elimination rule, Ghost-Maker claimed it was Batman’s rule for his apprentice and not for him. . While this may seem like Batman’s denial at first, it’s quite the opposite.

Before meeting Batman and teaming up with him, Ghost-Maker would have formed Clownhunter in a very different way. In fact, the first time he met his new apprentice, he wanted nothing more than to kill him. Batman has had a change of heart on this and now the would-be hero is training alongside his would-be killer. So this is the first big change the Dark Knight has made to his methods.

If he just stopped to face the teenage hero, he would teach Clownhunter the perfect ways to kill right now. He could have decided to create his own brutal successor and continue his worldwide legacy of murder through this young hero. Instead, he decided to continue Batman’s legacy. He cares enough about the no-elimination rule to make sure Clownhunter adheres to it, even if he chooses not to. It not only shows a greater respect for the way his old rival fights crime, but it also shows a willingness to accept that his ways may not be right – at least not for Clownhunter.

RELATED: Is Batman Doing The Unthinkable?

All of this goes to show that there is actually a major change going on in Ghost-Maker right now. His blatant, unapologetic murder here may suggest he hasn’t changed at all, but it really is evidence to the contrary. Killing criminals is an important part of who has been his whole life and his main method of fighting crime. Therefore, his attitude in this regard is not going to change so suddenly because of a few adventures with Batman.

The fact that he specifically trains Clownhunter not to kill, and the fact that he trains Clownhunter at all, proves that there are massive character changes going on right now. They are simply obscured by his old habits in this story. He may still be a killer, but everything else about him changes all the time, drastically. These changes could be proof that he will grow even bigger soon. They might even get him to stop killing altogether, one day.