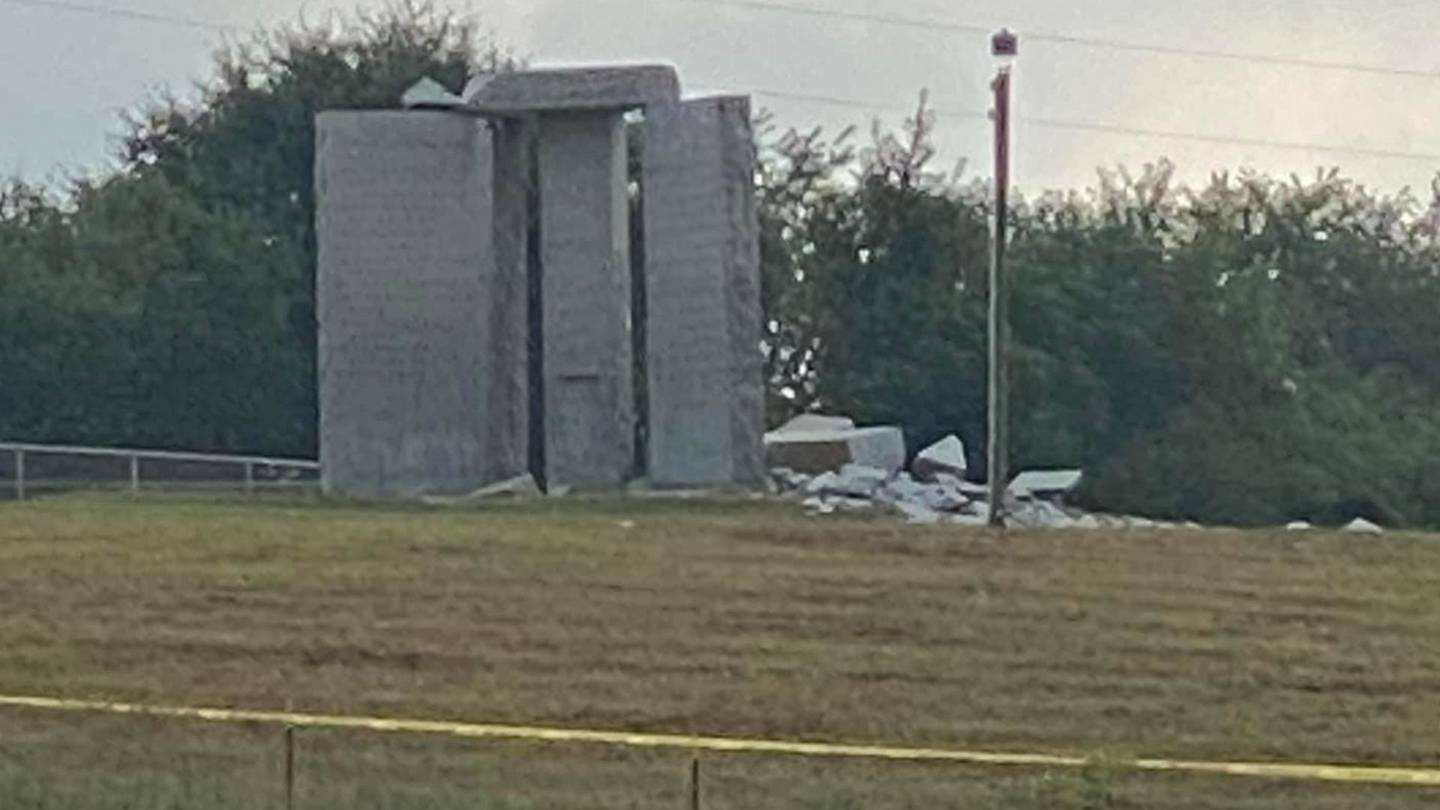 ELBERTON, Ga. — Part of a mysterious Georgia landmark was destroyed overnight, leading to an active police investigation in Elberton, according to the Georgia Bureau of Investigation.

A Channel 2 Action News viewer shared photos of the Georgia Guidestones in which part of the monument appears to have collapsed. Elberton Police and the GBI are investigating how the monument was destroyed.

GDOT has closed roads in the area as local and state police investigate.

The 19-foot-tall granite monument, sometimes called “American Stonehenge,” was erected in 1980 in Elbert County. The rock slabs that make up the monument are inscribed in eight modern languages ​​and are astronomically aligned.

The people who funded the statue have never been publicly identified. The messages inscribed on the stones appear to advocate population control, harmony with nature and internationalism, which has been the subject of conspiracy theories.

It is not known if the monument was targeted in an attack or if it was damaged in some way by natural causes.