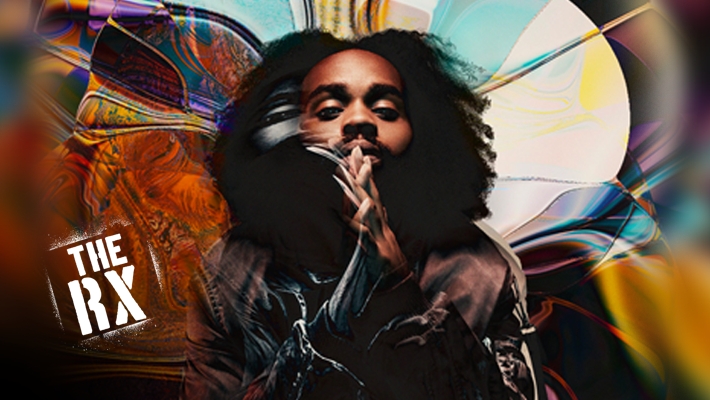 Although Richmond, Va.-based rapper Fly Anakin has been around for a while, my first showing with him was in the 2020s. FlySiifu, his collaborative album with genre lover Alabama Pink Siifu. At the time, I felt like a rapper in love with the dark trappings of backpack rap that I grew up with in high school, but have since grown up with. The experimental, lo-fi sampling and abstract, conscience raps reminded me of longtime favorites like Madlib and MF DOOM; Anakin, who would have entered high school five years after I graduated, would probably have been drawn to that freewheeling sound because he first gained fame beyond indie record stores and underground rap forums via the Adult Swim bumpers.

This sound has become the basis of his aesthetic, a tradition he continues on the recent Franc, his self-proclaimed debut album. The fact that he calls it that despite seven years of commercial releases under his belt helps underscore his status as the child of hip-hop’s inventive digital age, where almost anything goes as long as it sounds good and you can you escape. with that. For what it’s worth, it’s a great-sounding album that gets away with a lot. It’s packed with weird, supernatural samples and laid-back, dismissive raps, an iconoclastic survey of the modern rap landscape that chooses to go left, swimming upstream from the more approachable 808 approach of Anakin’s peers.

In a profile for Bandcamp, Anakin explains his reasoning for calling Frank his debut and giving him his own government name, Frank Walton. “The album is about me standing up to my bullshit and confessing who I am instead of hiding behind a rap name,” he said. “I always thought my name was a bit silly for who I am and I never really felt my name fit me – so I’m the one who bears my name and owns my name.” In doing so, however, he sheds light on the fact that he’s always been that person and always had those philosophies. That is to say, he never cared much about living up to anyone’s standards other than his own.

Consider this verse of “Sean Price,” produced by Evidence, named after the belligerent Brooklyn rapper who died in 2015 and shared Anakin’s disdain for fitting in. did the shit to get mics, now it stays on. The Richmond rapper is disenchanted with his experiences in the rap game at times, much like many of his heroes, but then, like those heroes, his love for the craft shines through in the veneer with which he spews his terse yet lithe turn. – like verses. He is versatile and not without a sense of humor; he just doesn’t have time for gadgets and games.

Meanwhile, the production falls somewhere just to the left of the en vogue, sample-first, beats-ever aesthetic, full of muted drums and soulful interpolations awash with dreamy filters. It’s interesting to see what it does with the basic style of the “beats to study to” playlist; his voice cuts through these muddy soundscapes with confidence and charisma. The same goes for his guest voices, with features ranging from Anakin’s Mutant Academy mainstays Big Kahuna OG (on “Telepathic”) and Henny LO (on “Dontbeafraid”), as well as the Richmond veteran and former Drake collaborator Nickelus F, who contributes an absolutely insane verse to “Ghost” that I still can’t decide if I hate or love.

Despite the title of the album and the theme expressed, Anakin never deigns to indulge in autobiography or introspection on Franc, choosing instead to direct his energy towards impressively constructed blocks of text expressing his own unique take on standard hip-hop topics. It would be cool to see him tackle something more personal in the future, but for now he just needs to do something different – not just to be different, but because that’s really who he is. East. Enough rappers follow trends and far too many of them fail trying to buck them just to prove a point. Fly Anakin finds balance, creating the kind of hip-hop music he loved growing up and updating it to create something refreshing and classic at the same time.

‘Frank’ is now out on Lex Records. You can stream it here.