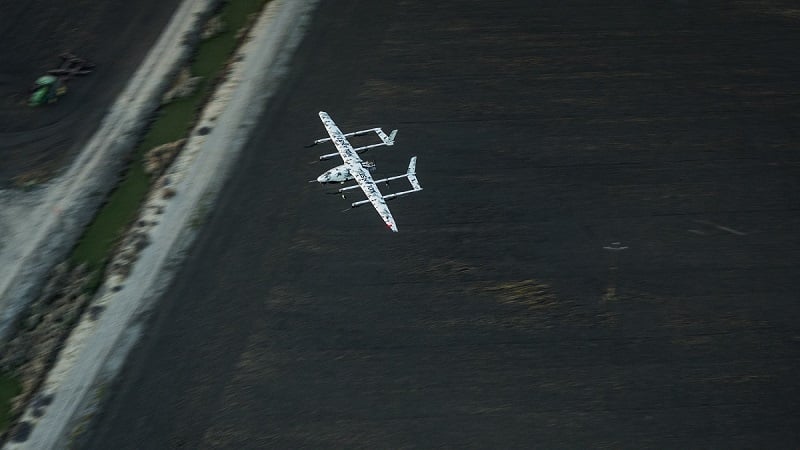 Volansia Silicon Valley-based drone maker backed by $75 million in venture capital funding, is in an assignment for the benefit of creditors (ABC).

The company has applied for ABC status with the Office of the California Secretary of State August 1st. The filing lists Michael Maidy as an agent for the company. Maidy is the president of the California society Sherwood Partners, Inc. and would likely attempt to commercialize Volansi’s intellectual property (IP) and patents to other aerospace companies. Sherwood’s website lists Maidy as an accountant and financial adviser specializing in crisis management.

Volansi has 12 patents, but their future is uncertain, per year Message of August 16 by Alec Sorensen, CEO of Commercial Space, Inc.., a company dedicated to facilitating the commercialization of intellectual property.

In March, Volansi unveiled its VOLY 50 series drone for long-distance flight with a 50-pound payload (daily defense, March 30). The company has partnered with Sierra Nevada Company (SNC) for the Army’s Future Tactical Unmanned Aircraft System (FTUAS) Increment 2 program with an offering based on the Voly 50 series.

daily defense will update this story with any comments from Volansi and Maidy.

Volansi was founded “in 2015 as a direct response to inventory and supply chain issues” in You’re here [TSLA], Volansi said. “Founders Hannan Parvizian and Wesley Zheng saw that emerging drone technologies could be used to dramatically improve the way Tesla served customers. Now, Volansi’s technologies are at the forefront of autonomous flight. Every day, our drones carry parts, medical supplies, aid and critical equipment exactly where they need to be, regardless of the terrain.

In March last year, Volansi said former US Air Force acquisitions manager Will Roper would join Volansi’s board of directors and help the company with strategy, operations and its growth in the defense market (daily defenseMarch 4, 2021).

“Volansi is exactly the kind of company I was hoping would come to work in the Air Force,” Roper said during a joint appearance with Hannan Parvizian, CEO and co-founder of Volansi. “[They have] huge potential to change the world in a big way.

In July last year, Volansi named Roper its CEO and Parvizian moved into the role of the company’s chief technology officer.

Roper was Volansi’s CEO until at least the end of last year, but Parvizian was CEO again when the company announced its Voly 50 in March. Volansi’s website no longer lists Roper as an executive or as a board member.