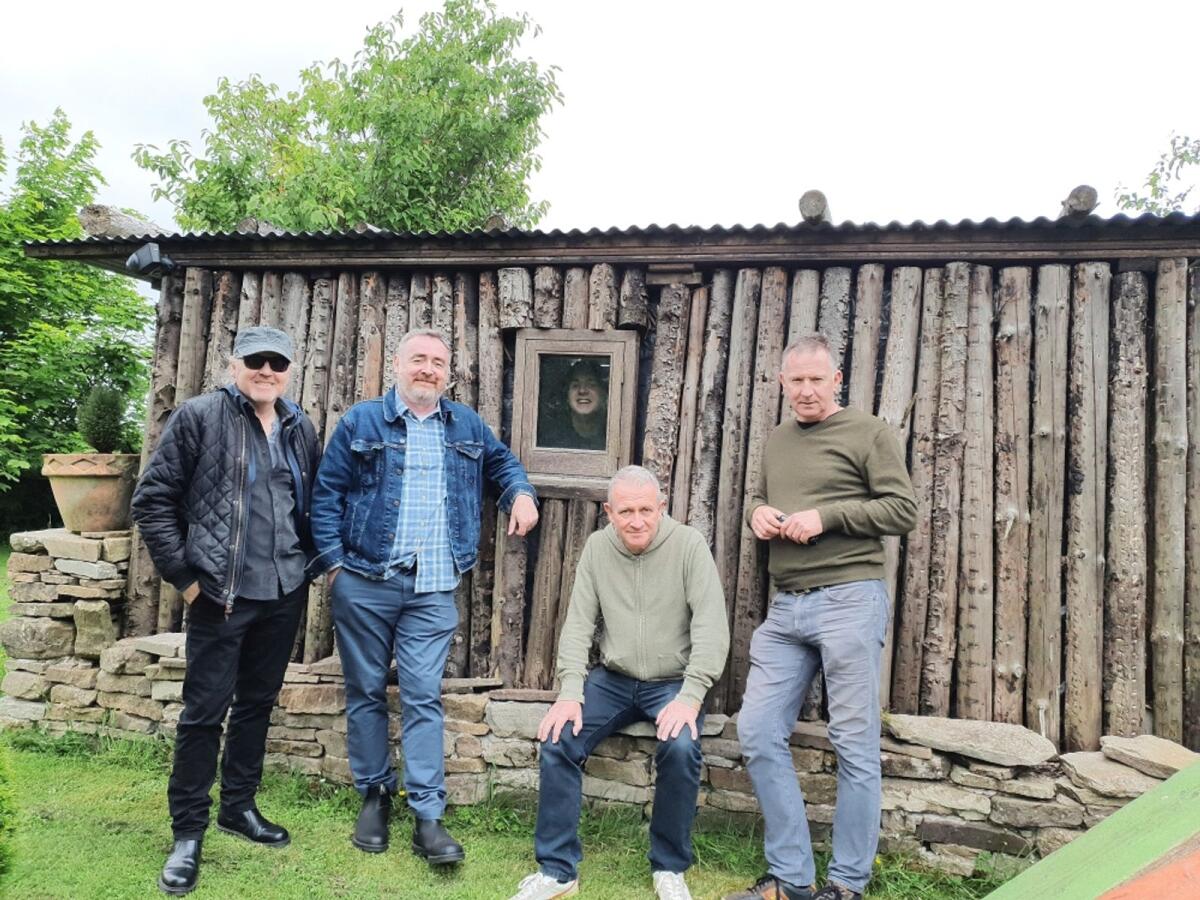 Famous for his 2018 film ‘The Man Who Wanted to Fly’, this time Frank follows the arch of Bailieborough band Sons of Southern Ulster as they prepare to headline Whelan’s later this month.

The last time SOSU played in Dublin’s hallowed hall was almost 30 years ago and in support of one of the capital’s brash young artists, the Dixons.

The Cavan band, without Paddy Glackin (bass), traded under the nickname “Panic Merchants” at the time. Shortly after this notable appearance, lead singer Justin Kelly opted to move to the United States and the rest of the band, then in its second iteration, disintegrated into the trappings of conventional maturity.

It wasn’t until Justin’s mother Sheila passed away in February 2009 that the four friends who started this musical journey – Justin (vocals), David Meagher (guitar), Paddy (bass) and Noel Larkin (battery) – sat down again. and “played a few tunes”.

At this pivotal moment, ‘Sons of Southern Ulster’ was born. One of the songs that surfaced in that moment of togetherness – “Love of Jesus”, about a trip to niteclub Oasis – even kicked off the track listing for the band’s release in 2015, “Foundry Folk Songs”.

For our upcoming gigs, we’ve put together this little compilation of demos, alternate versions and lost tracks from our two albums. It will be available on CD with t-shirts and vinyl from Sinners and Lost Souls, Turf Accountant Schemes ep and (hopefully) Foundry Folk Songs pic.twitter.com/yUSAqJxqf9

Forged under the influence of Teardrop Explodes and Joy Division (‘Still’ era), the band are currently preparing to perform two pandemic-delayed gigs – at Whelan’s on Saturday July 23, followed by Mike the Pies in Listowel, Co Kerry Friday, July 29.

“That Whelan gig was our first and our last there,” Justin recalled of their Dixons support slot.

Justin is now back in his hometown of Boston, but was in Ireland for a four-day “sharpener” rehearsal at David’s in Clare.

The collaboration with Frank materialized “out of the blue” during Covid, when the documentary maker first approached Justin after hearing their song “Pop Inn” played by Tom Dunne on the radio.

“It was totally out of the blue,” Justin says. “Something grabbed him about the song, and by chance his work brings him back to Bailieborough.”

The upcoming gig at Whelan’s will be part of Frank’s proposed work, with Justin saying, “We didn’t expect this to happen. We started doing this just for the craic. It’s funny what resonates.

Recent rehearsals have been interspersed with Frank shoots, and despite the added distraction, Justin says the band has made “a lot of progress” in determining a final setlist for the night, tickets for which are selling out fast.

SOSU will be supported at their upcoming gigs by Big Boy Foolish, veterans of the Cork music scene with guitarist Ricky Dineen, formerly post-punk legends Nun Attax, later renamed Five Go Down to the Sea?

SOSU, meanwhile, will also have David’s son, Rory, on stage with them as second guitarist.

Justin says what makes this upcoming tour different from before is that it’s being promoted whereas before SOSU was more “on the fly”.

“It relieved the pressure in a way, but you remember there are people who pay for it, so it has to be fair. You have to produce.”

What tickles Frank’s interest the most about SOSU is how after the breakup neither of them played music for almost 15 years and the lifelong school friendship fell apart. is forged when he met, around the age of 11, in Master Hanley’s sixth class at St Anne’s National. School.

Frank is further fascinated by how now, having only played a handful of gigs, mostly for family and friends, including the Bailieborough Arts and Culture Center in August 2017, SOSU has built a near-cult sequel based on two critically acclaimed releases (Foundry 2015, Sinners and Lost Souls 2020), neither of which has been extensively toured or promoted.

“Justin had only moved to Bailieborough with his family who bought [the West End] bar. David’s family had returned from England the previous year. It’s this incredible story of four friends. There is no linear path here. They were the Panic Merchants 30 years ago, and reached the end of the road without breaking through and they let it down. There are so many reasons why they could have just dropped out, or the members joined other groups, but the curious thing none of them did.

“Even talking to them, you get the feeling that they wouldn’t come back just for fun, but if it was together it would be different. Even though they all live far from each other, the music is the glue that holds them all together.

Frank adds: “Bobby Coote had a dream that he never gave up on, but maybe the difference with those guys is that they never realized they still had it.

“There is something that I find very interesting about it, they pick up where they left off. Who knows where the film will go? The same as the band and how the gig will go, who knows where it will take them?

“Potentially this could be their first and last [as a band headlining Whelan’s] and they just go! They make it happen.