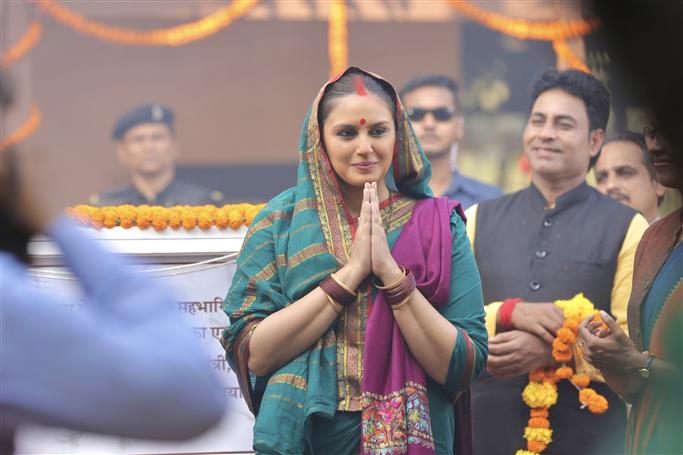 Pick a state notorious for crime, religious bigotry, caste, and overambitious rulers and you have all the tools to play the game of seasons for political drama, and yet it’s rare to see successive seasons do well and do better. than the first.

The same goes for our story with Rani Bharti, played by Huma Qureshi, a reluctant heroine who replaces her husband Bheema Bharti as chief minister but handles the situation better than her predecessor to end up with her better half.

The first part had Maharani’s shaky start at the CM office and ended on a cliff-hanger. Much like the first part, director Ravindra Gautam allows the story to unfold in a non-linear pattern, starting with a shocking revelation. The attention to dialogue and detail makes it gripping from the start. But as Satyendranath Mishra (Pramod Pathak) said for Bihar Politics, “Jab jab aapko lagta hai ki aap Bihar ko samjh gaye, Bihar aapko jhatka deta hai” and that goes for the show as well. You have to watch it to believe it. Full of surprises, we never tire of the smaller characters for who knows what bigger role they will play in the times to come.

The creators have told us over and over again that this is a fictional story, not based on any political party or individual, but each fiction draws its strength from reality. If the Shilpa Aggarwal rape case is a reminder of the 1999 murder of Shilpi Jain, then I-Act is a direct reference to the political consultancy I-Pac from which emerged political strategists like Prashant Kishor, not to mention the Verma Commission and the self-immolation. student acts recalling the terrible times of the Mandal Commission. In other words, fact meets fiction is the very basis of Maharani’s storytelling. And when a secular like Navin Kumar becomes desperate to become the CM plays religious identity politics it shows how winning votes is not where the power game ends you have to commit bigger sins planting conspirators well in advance to march to the swearing-in ceremony.

When Kala Naag alias Gauri Shankar Panday, played by Vineet Kumar, says: “Rajniti anubhav se chalti hai, data se nahi”, he is partly right because it takes both anubhav and data to oppose Rani Bharti. And when it comes to anubhav (experience), Sohum Shah’s portrayal of Bhima manages to create an aura that is loved by the people and feared by the rulers. As a viewer, you want to see more of him, away from the hospital bed and prison quarters. Although shot in Bhopal, Madhya Pradesh, it doesn’t take away from the essence of Bihar as the director infuses the state into the narrative by addressing all the issues he has faced from ‘Jungle Raj’ to ‘alag’ Jharkhand. One only has a hard time digesting the creative freedom that Rani’s character takes when she enters unsafely into the village of a student who dies because of his politics or the final scene where she sabotages the swearing-in ceremony. while addressing the conspirators. Maybe where reality leaves off, fiction steps in to fill in the gaps.

Rani behaves as chief minister with confidence, audacity and finesse and yet the writer remembers his shortcomings. In a scene where Rani asks her secretary Kaveri Sridharan (Kani Kusurti) about the meaning of sperm and DNA testing, it certainly reveals her shortcomings as head of state, but the director reminds us that an understanding leader rather than educated is what we need. sometimes.