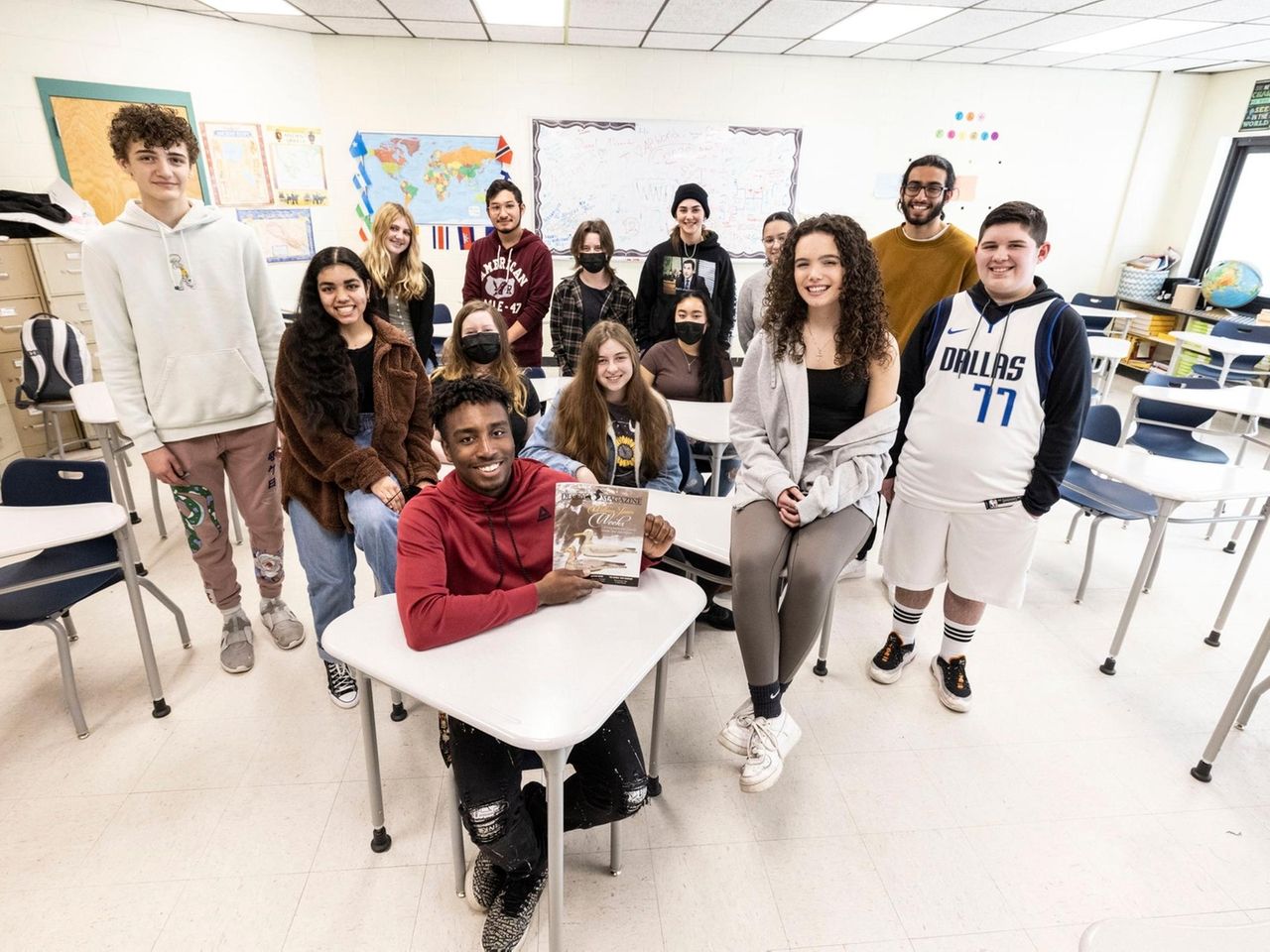 The story of a 19th century Yaphank naturalist and his passion for making duck decoys landed on the cover of a national magazine – with the help of students from Longwood High School.

An Ohio author has recruited 15 Longwood students to help him research his story about William Jones Weeks, a multi-talented man who built his own home and school, raised award-winning cranberries, served as a dentist and a judge of peace – and created decoys known for their realism and artistry.

The students viewed some of Weeks’ decoys at the Swezey-Avey House, a Yaphank history museum, spoke to local historians and transcribed pages from Weeks’ diaries from online sources.

They discovered that Weeks – who was related to the Jones family, for whom Jones Beach is named – lived a busy life that included beekeeping, architecture and long walks through the forests which are now probably occupied by the student quarters.

“We came in there thinking it would just be ducks, ducks, ducks,” said Darlyn Joseph, 18, a senior from Middle Island. “But it was interesting to see other aspects of him that we wouldn’t have known without doing the project.”

The seven-page article was the cover of the January-February issue of Decoy magazine, a Delaware-based, print-only bimonthly publication with 2,000 subscribers.

The names of the students are listed at the end of the article, which is also posted on the Yaphank Historical Society website.

Society president Robert Kessler, who worked with the students, said Weeks, who was 76 when he died in 1897, was “a very innovative guy”, adding: “If you read the history of his life, it’s really very interesting”.

The students, supervised by professors Dan Tapia and Lauren Goepfert, said they learned the value of researching primary documents by delving into Weeks’ ornate handwriting.

“It’s straight from the person themselves, so you know it’s exactly like that,” said Summer Vitale, 15, a Coram sophomore. “It wasn’t miscommunicated or anything.”

The author of the article, Gene Kangas, 77, a retired art professor from Cleveland State University, said he contacted Longwood officials when he realized that a much of the material he needed was in museums and libraries hundreds of miles from his home in Concord, Ohio.

He said the student work helped him confirm his own research and saved him a long trip to Long Island.

“I was just thrilled that it gave them experience and at the same time it took a big burden off me,” Kangas told Newsday. “When they went through the newspapers that are in the local library, you find quotes of things the guy wrote. … All of a sudden, the pieces of the puzzle start to fit together.