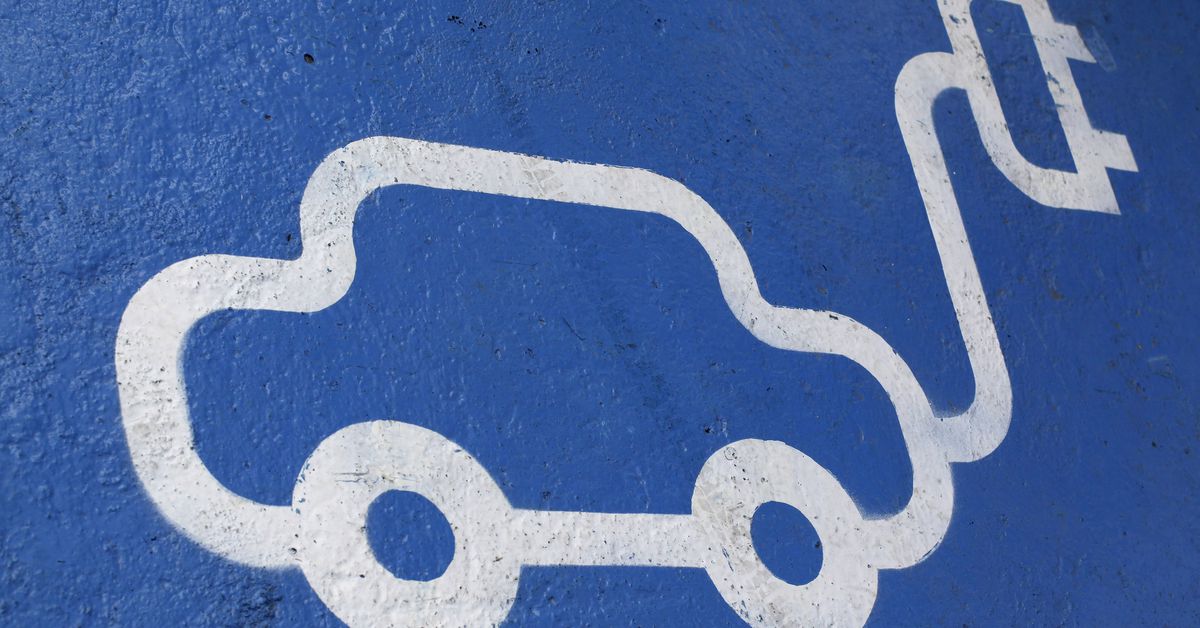 The logo of an electric car is painted on the road during the opening ceremony of Latin America’s first public charging station, in Santiago April 20, 2011. REUTERS/Ivan Alvarado

The company, based in Hefei in Anhui province, said in a statement on Tuesday that it plans to build a total battery production capacity of 300 gigawatt hours (GWh) in three years, reiterating a target it had announced. for the first time last year. In 2021, Gotion produced 16 GWh.

The company said 100 GWh of its total planned capacity would be located overseas.

Gotion’s decision also follows that of its Chinese competitor CATL (300750.SZ), the world’s largest battery giant, which aims to start cell production at its German factory by the end of the year. CATL Chairman Zeng Yuqun said earlier that he was also exploring possibilities of locating the production of foreign automakers in their countries.

Gotion, which counts Volkswagen as its biggest investor, said it would start building its first overseas battery plant in Göttingen, Germany, by the end of this year and aims to start production as soon as possible. early next September.

The plant, which will be upgraded from an old facility Gotion bought from Bosch last year, will develop and manufacture batteries for electric vehicles and energy storage in Europe.

The company also unveiled its first series of energy storage products for overseas markets on Monday.

(This story corrects last sentence of second paragraph to show 2021 production, not capacity)