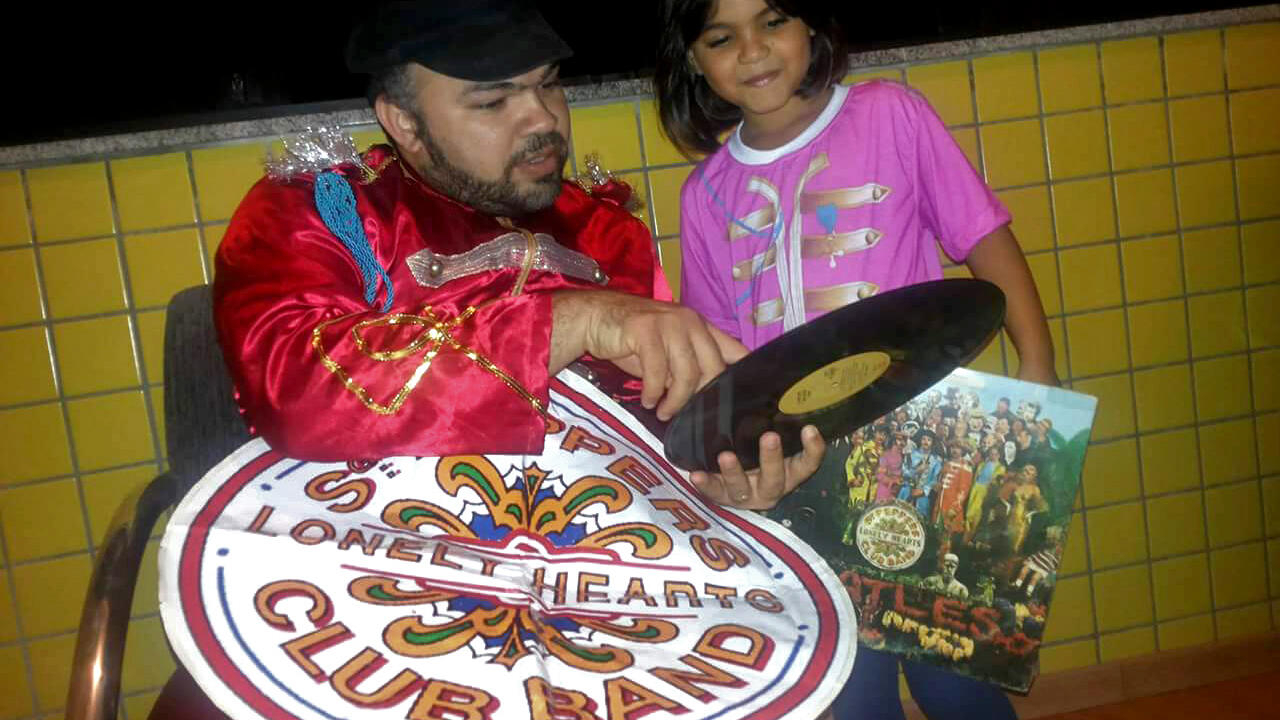 Rio de Janeiro (AFP) – Like so many victims of Covid-19, Brazilian Karlo Schneider was never able to say goodbye to his family. Unlike most, he managed to get a message across to them a year after his death.

Schneider’s family, who describe him as a die-hard romantic with an infectious love of life, embraced him when the Brazilian hotel manager left for work one morning in February 2021, and never held him back again.

Schneider showed symptoms of coronavirus that day and stayed at the hotel to avoid infecting his family. Their only contact after that was calls from his sickbed and a socially distant stare – the gravely ill father in his car on the way to hospital, his wife and three children waving from the house.

But Schneider, who died aged 40 in March, delivered a letter to his loved ones a year later, with a little help from his friends, the Beatles and a viral video.

The story begins at a dinner party in 2006, when Schneider, then expecting her first child, had the idea for him and his friends to write letters to his unborn daughter to open her on her 15th birthday. .

Avid Beatles fan with hundreds of rare records, he hid the letters in his most prized possession: his vinyl collection.

“He loved that stuff,” says his wife, Alcione, who was six months pregnant at the time.

“He was always asking things like, ‘If you could leave a message in a bottle for someone in the future, what would it say?'”

He was the kind of dad who created elaborate scavenger hunts for his kids, the kind of friend who showed up at dawn on your birthday to surprise you with a present, she says.

Such escapades were so common among the Schneiders in the northeastern city of Natal that they quickly forgot about the letters, she says.

Fast forward 14 years, and the pandemic was wreaking havoc around the world. Like many, Schneider lost his job.

In financial difficulty, he decides to sell most of his record collection.

Things seemed to be looking up in early 2021 when he got a job at another hotel in Mossoro, 280 kilometers (175 miles) away.

But he quickly caught the Covid-19. It was the start of a brutal second wave that saw more than 3,000 people die a day in Brazil.

It went very quickly, says Alcione, 41. The moving truck arrived in Mossoro with its belongings on February 12. A week later, Schneider fell ill. On March 2, he was intubated. On March 11, he was gone.

Only later, sifting through the memories in her mind, did she remember those letters from long ago.

The impact hit slowly, she said. Barbara, their firstborn, would be 15 in March, a week before the first anniversary of her father’s death.

“Oh my God. I have to find those letters,” she remembers thinking.

After failing to locate them in Schneider’s remaining albums, she realized what had happened.

With his blessing, Schneider’s friends posted a video on the Beatle-maniac message boards asking whoever purchased the albums to return the letters.

The video quickly went viral, inspiring a slew of stories in Brazilian media.

Last September, a man named Alcione said he bought vintage records around this time. He hadn’t opened them yet, he said. He himself had lost his son to Covid-19 and suffered from depression.

But he promised he would watch when he could.

In December, the man called back, asking her to meet him in Natal. There he gave her Schneider’s copy of John Lennon’s “Imagine”, with three letters inside.

Barbara opened Schneider’s on her birthday last month, with Alcione by her side.

“He wrote that he was so in love with my mother. He talked about the Beatles. He asked if Paul McCartney was still alive”, says Barbara, between laughter and tears.

By the end of the letter, Schneider’s blue pen had run out of ink.

The message fades, then ends abruptly – reminding his family of how he died, his lungs failing.

“It was surreal,” says Alcione.

But “it was so, so good to receive this letter”, says Barbara, a calm and precocious high school student.

“We never got to say goodbye. It gave me a chance to see him again.”