Anthony Doerr: “We all use stories and rituals to create meaning from experience” 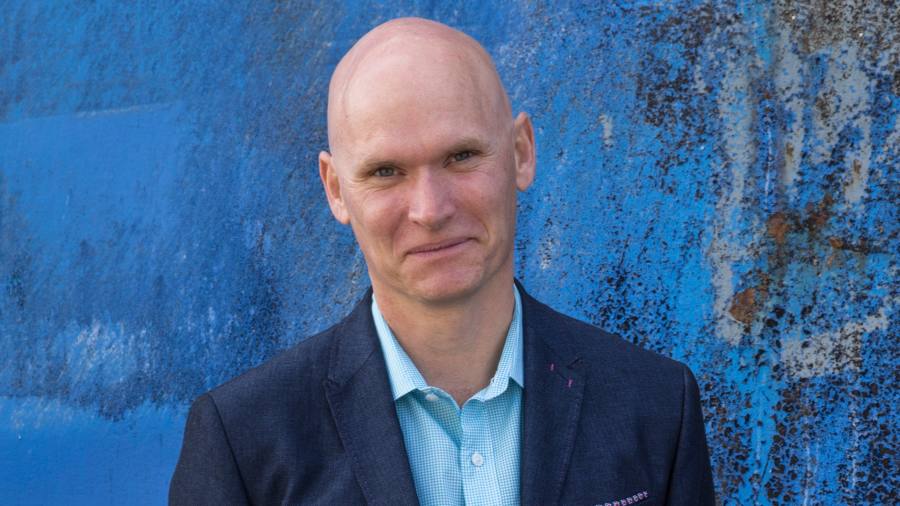 Anthony Doerr, 48, won the 2015 Pulitzer Prize for Fiction and an Andrew Carnegie Medal for his novel All the light that we can’t see. He also won five PEN / O Henry Awards for his short stories and essays.

What was your childhood or your first ambition?
I read Cosmos by Carl Sagan and wanted to become an astronomer; I read Paper lion by George Plimpton and became determined to be a kick returner in the NFL. Then I read Jack London Call of the wild and decided that I would be a letter carrier in the Yukon. For a week in January, I slept with the window open to “prepare my body” for the cold, until my father understood why the house was freezing and put an end to it.

Private school or public school? University or directly at work?
A private Montessori school where my mother taught and, at age 17, a small liberal arts college in Maine. I graduated at age 21 and went to work at a salmon cannery in Ketchikan, Alaska, where I worked 14 hours a day, seven days a week. To say it was culture shock would be an understatement.

Who was or still is your mentor?
In graduate school I worked with a writer named Wendell Mayo who taught me what a thorough review really looked like. Sometimes we would spend a three-hour class reviewing the decisions a writer made in a five-page story. Wendell passed away in 2019 and I think about him every day.

Are you in good physical shape?
I try to follow my children on skis, so as winter approaches. . . not as fit as I could be.

Ambition or talent: what matters most to be successful?
Ambition. And discipline. And caffeine.

How politically engaged are you?
I try to remember that we humans have a lot more in common than we sometimes are led to believe. We all use the same organs to moderate memory, fear and perception; we all need to belong to one community – or to several communities – to feel safe; and we all use stories and rituals to create meaning from the experience. We all want a safe, clean and stable home in which to raise our children. The political polarization has become so accentuated that we sometimes have to work to remind ourselves that our political “adversaries” are basically like us. For every thousand letters in your “opponent’s” DNA sequences, you have 999 that are exactly the same.

What would you like to own that you don’t currently have?
The ability to sleep for eight hours straight without having to get up to use the bathroom.

What’s your biggest extravaganza?
Teas by Dammann Frères in Paris. I drink green tea when I write, and theirs has spoiled me for almost everything else.

In which place are you the happiest?
On any mountain in fresh snow.

What ambitions do you still have?
Keep trying to use storytelling as a way to remind readers of our myriad interconnections: with each other, the non-human world, and unborn humans. But also to work a little less and be outside a little more.

What is the biggest achievement of your life so far?
Helping my wife raise two sweet boys who have a deep connection to the living world.

What do you find most irritating about other people?
A lack of curiosity. While I think every human being is naturally curious, sometimes we just need the right teacher – or we just need to feel secure enough – to enliven these curiosities.

If your 20 year old self could see you now, what would it think?
“What happened to your hair?”

What item you lost would you like to have left?
I prefer to get rid of things rather than pile them up.

What is the biggest challenge of our time?
Climate change and Facebook.

Do you believe in an afterlife?
Not in terms of clouds and angels. That our bodies are built from things forged during the death of stars and that our corpses become little islands of decay that release nutrients into the surrounding ecosystem so that other organisms can thrive – that’s more than sufficient for me.

If you had to rate your satisfaction with your life so far, out of 10, what would your score be?
Ten.