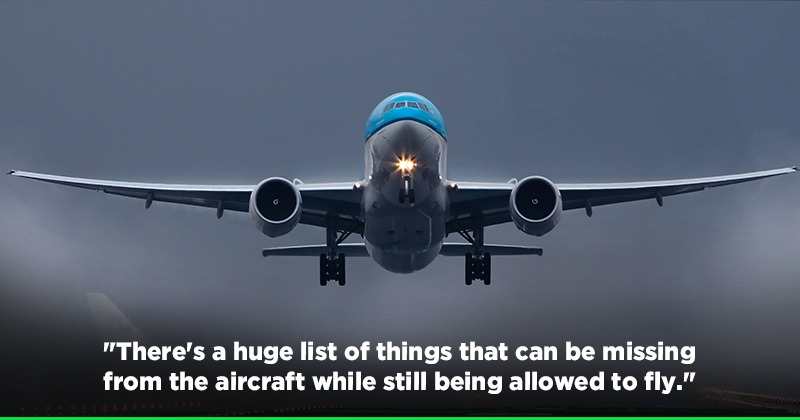 We have uncovered a lot of secrets about airlines, all thanks to airline employees who reveal these hidden facts. Although there are fun things to discover, there are also facts that can make us afraid to fly again.

On a Reddit thread, several cabin crew members explained that your aircraft may not always be in perfect condition. A member of the public posted on Reddit to ask, “People who work for airlines, what secrets do passengers not know?

In responses, a cabin crew member said, “There’s a huge list of things the plane can miss while still being cleared to fly.”

They claimed: ‘These regulations were put in place after a passenger on a non-smoking flight in the 1970s went to the toilet to smoke, threw his cigarette in the trash and started a fire which caused collapsing the plane killing almost everyone on board. .”

“By ensuring that there are few incidences of an aircraft being grounded with an inconsequential fault, you minimize the risk of an airline settling for circumvention rules.”

User JestersDead77 explained it in detail: