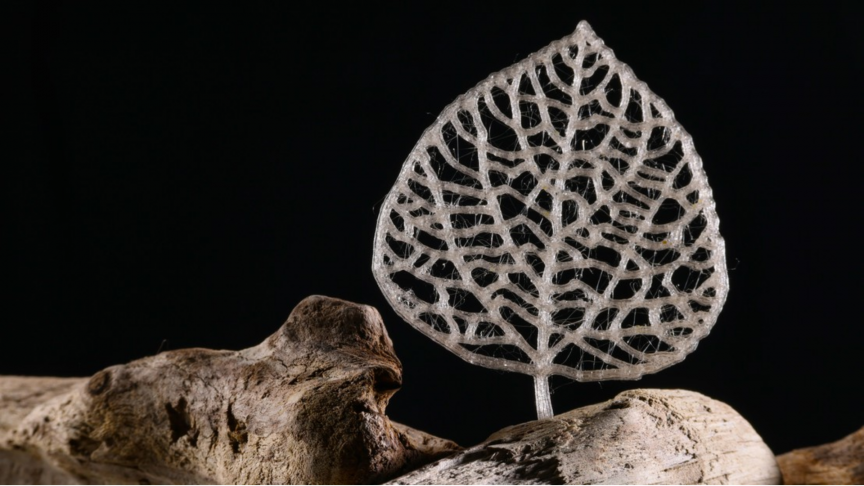 Researchers at The Swiss Federal Institute of Technology Lausanne (EPFL) has developed plastic from inedible parts of the plant, according to a press release from the university. This new plastic has properties like polyethylene terephthalate (PET), a commonly used plastic, making it a promising candidate for its replacement.

The United Nations Environment Program (UNEP) estimates that one million plastic bottles are purchased every minute around the world today, while five trillion plastic bags are used globally each year. Plastics are so ubiquitous in our environments now that they have created their own marine microbial habitat called the “plastisphere” and are already part of the fossil record of the current geological era.

According to UNEP estimates, 36% of all plastics produced are used for food packaging, which also includes single-use products, most of which end up in landfills. 98% of single-use plastic products are made from fossil fuels, which means that the production, use and disposal of these plastics all generate greenhouse gas emissions, making reducing plastic a key element in the fight against climate change.

Why do we love plastic so much?

One of the main reasons plastic is used almost everywhere is because of its versatility. Whether heat-stable or able to withstand mechanical forces, plastic can truly stand the test of time. Add to that the benefits of easy processing and low manufacturing cost, it’s not hard to imagine why the use of plastic has exploded in recent decades.

Many alternatives to plastic have been researched and developed, but so far they have failed to tick all the boxes when it comes to the benefits of conventional plastics. A team of researchers led by Professor Jeremy Luterbacher at EPFL has now found a method to make plant-based plastic that not only has the benefits of conventional plastic, but can also be naturally recycled.

How did researchers turn plant parts into plastic?

In 2016, Luterbacher and his team made a groundbreaking discovery when they discovered that adding an aldehyde, an organic compound, to plant matter stabilized a certain fraction of the plant, paving the way for its extraction.

Now, in newly published findings, Luterbacher’s team changed the aldehyde used in the process to extract a plastic precursor from inedible plant parts. Instead of using formaldehyde, the commonly known aldehyde, the researchers used glyoxylic acid, which “clip(s) “sticky” groups on both sides of the sugar molecules,“, which makes them plastic building blocks. Using this technique, researchers were able to convert 25% of agricultural waste into plastic, the press release states.

“What makes the plastic unique is the presence of the intact sugar structure,” Luterbacher said in the press release. “That makes it incredibly easy to make because you don’t have to modify what nature gives you, and simple to degrade because it can go back to a molecule that’s already abundant in nature.”

The results were published in the journal Nature.

Summary:
The development of sustainable plastics from abundant renewable raw materials has been limited by the complexity and efficiency of their production, as well as their lack of competitive material properties. Here, we demonstrate the direct transformation of the hemicellulose fraction of inedible biomass into a tricyclic diester plastic precursor in 83% yield (95% from commercial xylose) during integrated fractionation of plants with glyoxylic acid. . Melt polycondensation of the resulting diester with a range of aliphatic diols leads to amorphous polyesters (Mnot= 30–60 kDa) with high glass transition temperatures (72–100 °C), tough mechanical properties (tensile strengths of 63–77 MPa, tensile moduli of 2000–2500 MPa and elongations at 50–80% rupture) and high gas barriers (oxygen transmission rate (100 µm) 11–24 cc m−2 daytime−1bar−1and water vapor transmission rates (100 µm) from 25 to 36 gm−2daytime−1) that can be transformed by injection molding, thermoforming, twin-screw extrusion and three-dimensional printing. Although standardized biodegradation studies have yet to be performed, the inherently degradable nature of these materials has facilitated their chemical recycling by methanolysis at 64°C and their eventual depolymerization in water at room temperature.