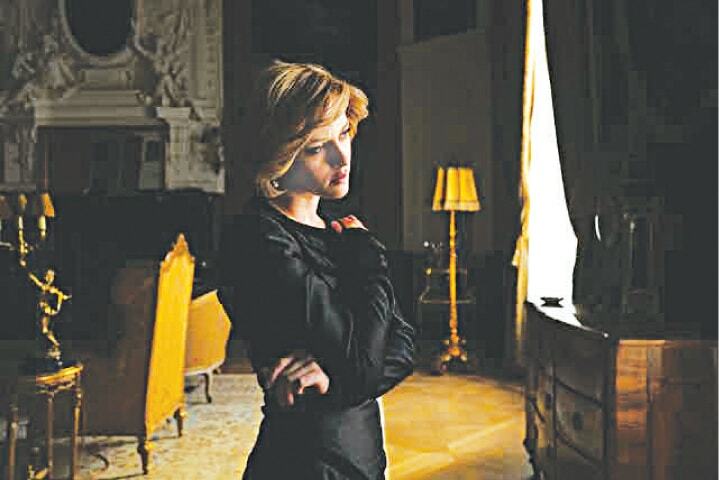 Since the first biopics of Princess Diana appeared shortly after the royal wedding in 1981, there have been repeated attempts to bring the story of Diana’s journey to the screen: from blue-blooded ingenue to princess. tragically trapped inside – and then expelled from – the royal family. system.

A long series of actresses, with replicas of the outfits she wore and a (sometimes precarious) blonde wig in place, walked through episodic scenarios, tracing the “greatest hits” of what is known about life Royal Diana.

Biopics about the princess tend to be shaped around the prevailing mythical narratives circulating in a given phase of Diana’s life. The first biopics were stories of fairy tales and romance. From the 1990s, Charles and Diana’s marriage took on the form of a soap opera and a melodrama.

Now, with The Crown (2016–) and Spencer (2021), Diana has become a doomed gothic heroine. She is a woman suffocated by a royal system that cannot, does not want to recognize her special place in the royal pantheon.

The first Dianas appeared on American television networks a few months after Charles and Diana married in July 1981.

They talked about the young and virginal beauty that had captured the attention of the dashing prince, carried away to a life of bliss forever.

Diana’s biopics went silent for the early years of marriage (fairy tales don’t tend to be about pregnancies and apparent marital harmony), then resurfaced after the publication of Diana’s exposé. ‘Andrew Morton, Diana: Her True Story (1992).

Morton’s biography was written from taped interviews with the Princess and inspired the next generation of Diana biopics, what I call “post-Morton” biopics, which borrow from Diana’s own storyline of her life. .

A series of actors were enlisted to play Diana in these made-for-television productions.

Oxenberg reappears in Charles and Diana: Unhappily Ever After (1992). In Diana: Her True Story (1993), Serena Scott-Thomas (who, incidentally, appears in the 2011 TV biopic William and Kate as Carole, Catherine Middleton’s mother) does her best with a terrible scenario and a series of wigs.

Others did their best. We had Julie Cox in Princess in Love (1996), Amy Seacombe in Diana: A Tribute to the People’s Princess (1998), Genevieve O’Reilly in Diana: Last Days of a Princess (2007) and, briefly, Michelle Duncan in Charles and Camilla: All That Love Means (2005).

But even big-budget movies (like 2013’s theatrical Diana, directed by Oliver Hirschbiegel and starring Naomi Watts) have drawn a collective yawn from critics and audiences alike.

In movie after movie, we were offered another uninspired portrayal of the princess’s life, in the style of a soap opera.

Critics’ voices were somewhat drowned out with the appearance of Emma Corrin’s Diana in season four of The Crown.

With Netflix’s high budget and quality production values, many – myself included – felt that Peter Morgan’s deliberate combination of precision and imaginative interpretation of Diana’s royal life offered something approaching an interpretation closer to the “real” princess than the one presented to us before.

And then we come to Diana’s most recent screen portrayal, Spencer by Pablo Larraín (2021), starring Kristen Stewart as Diana. What, the royal biopic watchers wondered, could this do to top The Crown’s Diana?

Spencer’s statement in the film’s opening offers a clue: it promises to be a “fable drawn from a real tragedy.” This is a film where gender imperatives and creative imaginaries are brought to the fore in its portrayal of the princess.

Drawing inspiration from gothic themes and tropes Diana can be heard invoking on Morton’s tapes, Spencer’s heroine is trapped in a frozen Sandringham setting, breathless to the point where her voice rarely rises above over a soft, almost muffled whisper.

She tears the pearls that surround her throat. She tears the curtains sewn by the staff. She self-harms with wire cutters. She runs like a hunted animal through the corridors of mansions and across the frozen fields of Norfolk.

It is haunted by the ghost of Anne Boleyn, another royal wife rejected by her husband, prompting one reviewer to ask, “Is Spencer the ultimate horror movie?”

Larraín and Stewart’s Diana has her forerunner in the gothic, spectral Diana who appears in the 2017 future history TV movie King Charles III, based on the 2014 play by Mike Bartlett. The anguished scream of this Diana (played by Katie Brayben) echoes throughout the palace in the same way that Spencer’s Diana is cast as the royal who will haunt the Windsors for decades to come.

The Lamentable Diana: The Musical (2021) on Netflix (a filmed version of the Broadway production starring Jeanna de Waal) – with its clichéd script, two-dimensional characterization, clunky costumes and early Andrew Lloyd Webber-style aesthetic 1980s – offers evidence that, even in 2021, the creators of the Diana stories have not completely abandoned their investment in the 1981 Diana.

But with Spencer, we have a Diana shaped by both the princess’ own version of her story and the on-screen Dianas who came before her. Spencer suggests new directions and potential for telling royal life.

The author is Associate Professor of English at Flinders University

Republished from The Conversation