West Side Story (2021) is an exceptional remake, despite a problematic lead and box office failure 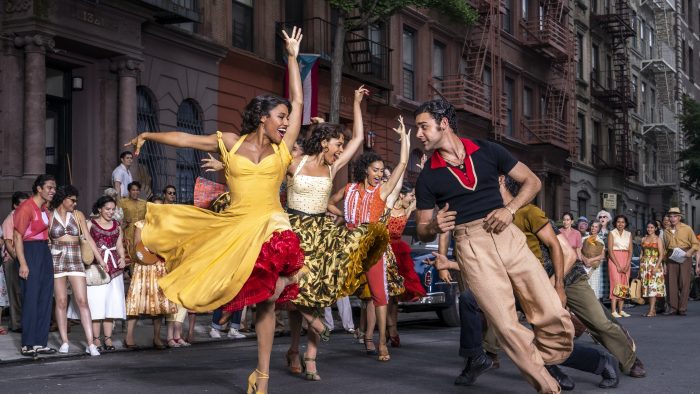 by Steven Spielberg West Side Story (2021) offers its audiences one of the most delicious yet devastating cinematic experiences of the year, with kaleidoscopic, danceable highs and grittier, melancholic lows. While some films may struggle to bridge the gap between polar tonal rhythms, West Side Story switches between light and dark with efficiency and ease, thanks in large part to the cast’s superb acting chops.

Although the sheer cinematic quality of the new movie justifies its remake status, West Side Story also stands out in a box office overflowing with sequels and insane remakes. From a fairness perspective, this is necessary: ​​in the original 1961 film, many Puerto Rican characters were portrayed by brown-faced white actors, rather than played by Latino actors. The modern version aims to rectify the failings of its predecessor by casting a wide cast of Latin American actors and actresses who represent the diaspora of the Latino community. Although not all of the actors are actually Puerto Rican, which has caused some controversy, this film seems to offer a step in the right direction. Additionally, while there are many scenes primarily spoken in Spanish, the lack of English subtitles challenges the idea that films should cater to English speakers, further distinguishing the 2021 version from the original.

A modern interpretation of Romeo and Juliet story, West Side Story also sets itself apart from its predecessor by improving on virtually every beloved musical number. The three-part scene “The Dance at The Gym” is the film’s truly standout first number. Brimming with liveliness, the scene is loaded with the urge to get up and dance after seeing Ariana DeBose command the floor so brilliantly as Anita. Plus, seeing the stories of Tony (Ansel Elgort) and Maria (Rachel Zegler) finally intertwine after they exchange a piercing, hesitant, curious look is an absolutely electric experience. The charming awkwardness of their clandestine conversation and their stolen slow behind the bleachers makes their dynamic all the more endearing. Our love for their relationship only deepens during “Balcony Scene (Tonight),” as they dreamily orbit each other before sealing their forbidden romance with a kiss in an enchanting sequence.

Although the choreography and production are excellent, Rachel Zegler and Ariana DeBose are the heart and soul of West Side Story. Zegler gives a remarkable performance in his lead role. His powerful, confident, and endlessly optimistic Maria is a welcome take on the character, enthusiastically updating the more passive Maria of 1961 while retaining her heart. Zegler’s angelic, crystalline voice soars on tracks like “I Feel Pretty” and “Tonight,” with, to quote the late Stephen Sondheim, the tone of a “Nightingale.” Meanwhile, Ariana DeBose of hamilton (2015) and Prom (2020) fame paints an imposing and compelling portrayal of Anita, with an effortless blend of strength and vulnerability. In “America”, the musical love letter to “Latin joy”, DeBose’s energy is positively infectious, surpassing even the vibrancy of the stage’s bright, colorful costumes and sets. When these two musical powers collide on “A Boy Like That/I Have A Love” (a number sung live no less!), the impact is grandiose and magnificent. If viewers weren’t blown away by their performances before, this number was sure to seal the deal. For all these reasons, it’s no surprise that Zegler and DeBose were able to win Golden Globes in cycle 2021.

Although carrying the heart of the film rests on the shoulders of Zegler and DeBose, the rest of the cast does not disappoint. The return of Rita Moreno, the original Anita, as Valentina has been a joy to watch, especially when she gets to sing her jaw-dropping rendition of “Somewhere.” Plus, Mike Faist is delightfully devious as Riff, and David Alvarez is just as dynamic as Bernardo.

However, amidst the casting talk, there is, of course, the Ansel Elgort of it all. Nine months after filming for West Side Story had wrapped, Elgort was publicly accused of sexually assaulting a 17-year-old girl in 2014 when he was 20.

Considering he’s the male lead, Elgort’s role in the film is impossible to ignore. When asked about the circumstances, the actors and Spielberg provided either vague or non-existent answers, creating a dynamic that does not support the survivor who has come forward. Although Elgort denies these claims, some viewers may find it difficult to appreciate a potential author’s play.

In addition to having to entice audiences to attend despite his male lead’s problematic past, West Side Story dealt with a myriad of other factors that led to its weak box office debut. The film only made $10.6 million, while needing $300 million to break even. many sources blame the appearance of the Omicron variant as a source of hesitation for moviegoers. Others credit the film’s competition with No coming home (2021) the first massive weekend of. Perhaps our newfound familiarity with home releases on streaming platforms is another reason the return to cinemas has become a tough sell. Considering this film was easily the best musical film of the year, even alongside big releases such as tick, tick… BOOM! (2021) and In the Heights (2021)it’s a shame to see the unfortunate flop of this remake at the box office.

West Side StoryThe box office bombing is also unfortunate because, in DeBose’s words, of the creative team’s efforts to “celebrating the diaspora of the Hispanic community.” Hopefully the accolades and critical acclaim the film has received, including West Side StoryThe four Golden Globes won by , including the Golden Globe for Best Motion Picture Musical or Comedy, and its overall symbolic significance are enough to spur film companies to make more films with vibrant and authentic Latino representation in the future.