The History of Indian Translations 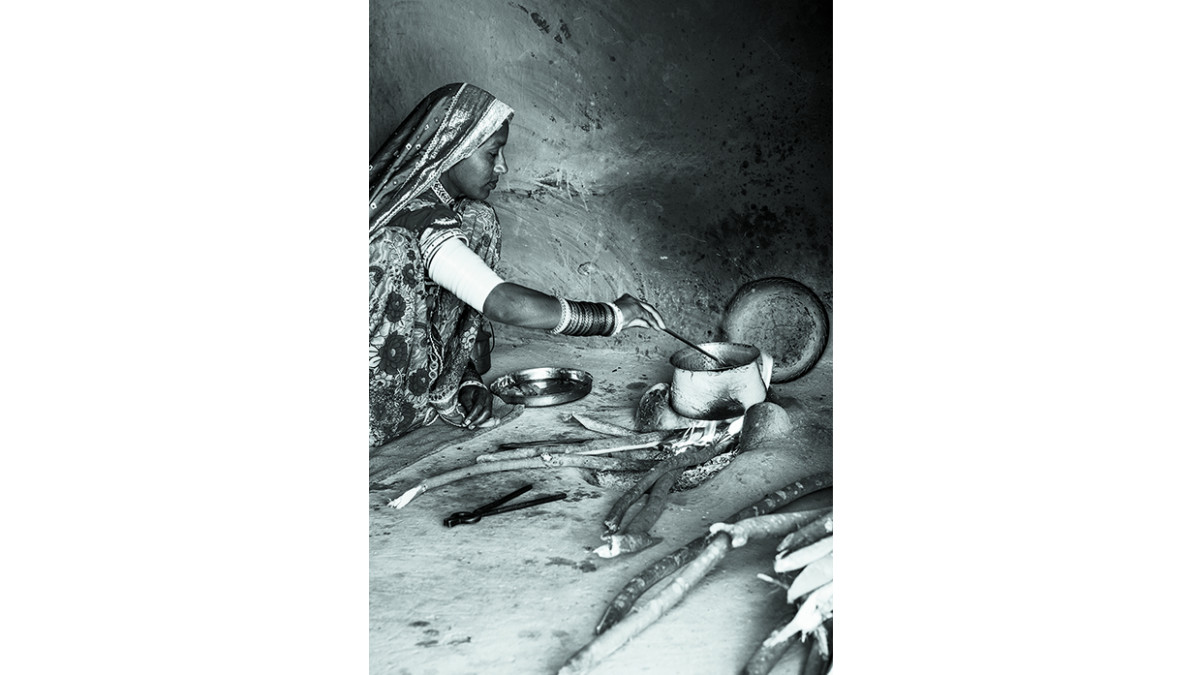 If the term “translation”—which is absent from all Indian languages ​​in its Western etymological sense—is taken to represent anuvad, tarjuma, bhashantar, rupantar, teeka, vivartnam, etc., for convenience, it can easily be said that India boasted a dynamic, self-renewing and evolving tradition of translation until the early 20th century, when, under the influence of colonial discourse and romantic notions of fidelity, equivalence and frosty anxieties of what gets lost in translation have taken root. Simple questions of who can best translate poetry, what is the ideal level of language proficiency to undertake translation, what language to translate into and from, etc., have begun to dominate the discourse around literary translation, such as to suggest that the translation took place. between languages ​​and cultures on an equal footing, and that the exercise was devoid of power politics. I too bought into this theory and early in my career fiercely translated mainstream Gujarati literature, partly out of naivety, partly out of a desire to climb the academic ladder. Among other things, my translations confirmed my upper-class, male majority worldview and reinforced a proud identity as an heir to a rich cultural heritage. But in 2002, time stood still and the ontological shift in the life of this translator occurred.

READ ALSO : world of translations | Beyond Booker: Our World in Their Words

The horrors of Godhra and the massacre that followed made me rethink the role of translation in a society fractured not only religiously but also linguistically. Shaken and sickened by the literary response to the wave of violence, I embarked on the project of translating Arun Kolatkar’s long poem Sarpa Satra (2004) in Gujarati. Although I have written at length elsewhere about the politics of this translation, the rendering was in an entirely alternative theoretical space – a space of mourning. One thing became clear to me. Translation was not a value-neutral exercise taking place in an ideological vacuum. A translator, located at the intersection of several discourses in a contested plurilingual and postcolonial terrain, proved to be a vector of power and he had to decide in which direction it flowed, towards the powerful or the powerless, towards the oppressed or the oppressors. Disillusioned and deeply suspicious of literary depictions of the state, its people and its past, I embarked on a frenzy of reading the literary and cultural histories of Gujarat, from above and below, in the hope to come across alternatives and subversions. And I stumbled upon myself, when I came across the short story by Dalit writer Dalpat Chauhan The payback, which challenged the zeitgeist of 20th century Gujarat, the invincibility of its spirit and its proud agrarian identity. The story is a subversive version of the novel by prominent Gujarati writer Pannalal Patel Manavi ni Bhavai (Endurance: A Funny Saga), which, published on the eve of Indian independence, won the author the prestigious Jnanpith Prize in 1985. The defining theme of the novel, from which the English translation probably derives its title, is the overwhelming agrarian angst voiced by the protagonist Kalu, when he queues for charity grain during the Great Indian Famine of 1899-1900. He says, “It’s not really the hunger, but the begging to quench it, that humiliates.” In his story, Chauhan develops the theme within a caste framework and brilliantly shows how during the famine the impoverished, starving, upper-caste villagers abandoned their caste inhibitions and showed up under cover of night at the doorstep. untouchables to beg. sun-dried meat from carcasses. As Chauhan’s story subverted collective memory, underscored gaps in popular narrative and silenced it, it also reclaimed an alternative memory – the memory of the vulture – that had been rejected at the margins for its harshness. Going through the immense corpus of his literary production, through the hermeneutics of a vulture of lived realities – traversed by daily humiliations and unspeakably brutal caste violence – the translator in me has emerged from his cultural cocoon. I realized the staggering scale of blood-chilling atrocities, colossal injustice and heartbreaking dehumanization that my ancestors had accumulated in a community over thousands of years. It looked genocidal in proportion. Once again, I decided to enter the space of mourning to translate the works of Chauhan. But now the stakes were high, almost Himalayan.

How to deal with questions of aesthetics, experience and epistemology? Raised within the conceptual triad of Satyam, Sivam, Sundaramand accustomed to the aesthetics of dhwani and ouchityaI was troubled by the prospect of capturing the quintessence of the Dalit experience – the materiality of untouchability and the consequent designation of the Dalit as the impure and impure Other – “through a painstaking chronicling of the smallest detail of life. language in foul language, impure and uncivil” (Limbale, 2004: 12). The roots of the non-canonical and counter-hegemonic aesthetics of Dalit literature lie in a unique epistemological foundation of Dalit consciousness, intimate and daily with prakriti, as well as through the experience of colonization and exploitation. At the same time, a recurring theme in Dalit epistemology related to a radical anti-caste ethic; a relentless questioning of caste irrationality, labor exploitation and the denial of Dalit humanity. You can certainly imagine what all of this would have meant to an upper-caste urban man who had been trained to believe that caste was a thing of the past. That aside, my biggest challenge was accessing and understanding what political scientist Gopal Guru calls the “everyday social unfolding” in a Dalit text – the whole of smell, sound, taste and touch that are unique to Dalit social life, and the distinctive and differential associations they carry for dialectical socialities. If the question: “Can a Savarna translate Dalit literature?” wasn’t daunting enough, the question of who “can” translate it stared at me hard. My hand began to tremble at the shady dynamics of the cultural economy of English translations of Dalit texts – exhibited by poet and editor Yogesh Maitreya – where everything but the source text was Savarna. These are all valid questions to consider while trying to build a social imaginary.

READ ALSO : Our Stories, Their Words: Why More Western Writers Are Now Translating into Indian Languages

What to do? Desperate and restless, I began to squirm as I searched for a way to imagine a collective future that might avoid reducing social life to essentialized identities of various kinds. The pandemic has helped by extending the “tortuous semantics of tactility” (V. Gita, 2009: 97) across the hierarchical caste order, and directed the fear of death hidden in the act of “touching and recoiling (V. Gita) body from the Other to the Self. It gave me the experience of untouchability, albeit vicariously. For an epistemological shift, I decided to travel through the 1,000 year old socio-cultural history of the Dalits of Gujarat, which led me to the story of Veer Mayo, a Dalit cultural icon who bravely sacrificed his life to ensure the dignity and humanity of his community. in the 12th century. The appalling 19th century practice of sacrificing Dalit children in times of epidemic to appease the epidemic goddess, the tireless struggles of Dalits to enter schools, buses, hotels and temples, the injustices inflicted during land reforms and the gory details of the anti-reservation riots of the 1980s, proved to be a few highlights in the saga of suffering the community had endured. Reading Dalit literature exposed me to a disturbing story that was missing in mainstream sociological and historical accounts. After such a thorough debriefing, it began to seem possible to me to break into Dalit Gujarati society, through a secondary act of witnessing – the act of attentive, empathetic and conscientious listening/reading. The final challenge was to understand the alternative discursiveness and poetics of Chauhan’s work, and map them, equally poignantly, to translation. An arduous task, almost anthropological in its approach. Long discussions with Chauhan on the phone followed – thorny discussions about the shape, feel and symbolic characteristics of the objects in his texts, the terms of the social contract the Dalits had with the village proper, the specifics and justification of the Dalit rituals – not only religious, but also social – such as the skinning method of a carcass, the treatment of a skin, the medical system, etc. While this gave me an entrance into a new experiential universe, I suddenly realized that without knowing it, I had started to learn and use the Dalit dialect of North Gujarat in my daily life. Emboldened, and much to the chagrin of my traditional poet friends, I returned the poems of Arun Kolatkar Pi-dog, Garbage Song and Boomtown Lepers’ Band in
the Dalit dialect, in my book-length Gujarati translation Poems by Kala Ghodato emphasize the direct correspondence between a dog, a scum and an untouchable, in Hindu orthodoxy.

To translate is to be human. one life is not enough to realize the humanity of people, oppressed by caste, sexuality, religion, gender, language and ethnicity.

Within a decade I was ready with English translations of selected Chauhan stories and his novel vultures. The difficulties I encountered with magazine editors and publishers ranged from the sublime to the wacky: the defamiliarizing style of translation, the wacky idiom, the scatology, the unreality of plain, commercial narrative “the news doesn’t not sell”. Dwelling on it would require a tome. But, after all these years, what has stuck with me – something that gnaws at me with tremendous pain and despair – is the staggering scale of the violence to which the Dalits have been subjected. His unimaginable brutality and inhumanity sickens me. While I was translating the climactic episode into vultures– in which Chauhan gives a searing description of Iso’s murdered body – a wooden peg used to tie a horse in a shed is hammered into his back – in deep anguish I pressed the tip of my finger to the head of a needle, and I realized what it was to be human. Translating is being human, and one lifetime is not enough to realize the humanity of people who are oppressed because of their caste, religion, gender, sexuality, language and ethnicity.

(The opinions expressed are personal)

Hemang Ashwinkumar is a bilingual poet, translator, editor and critic