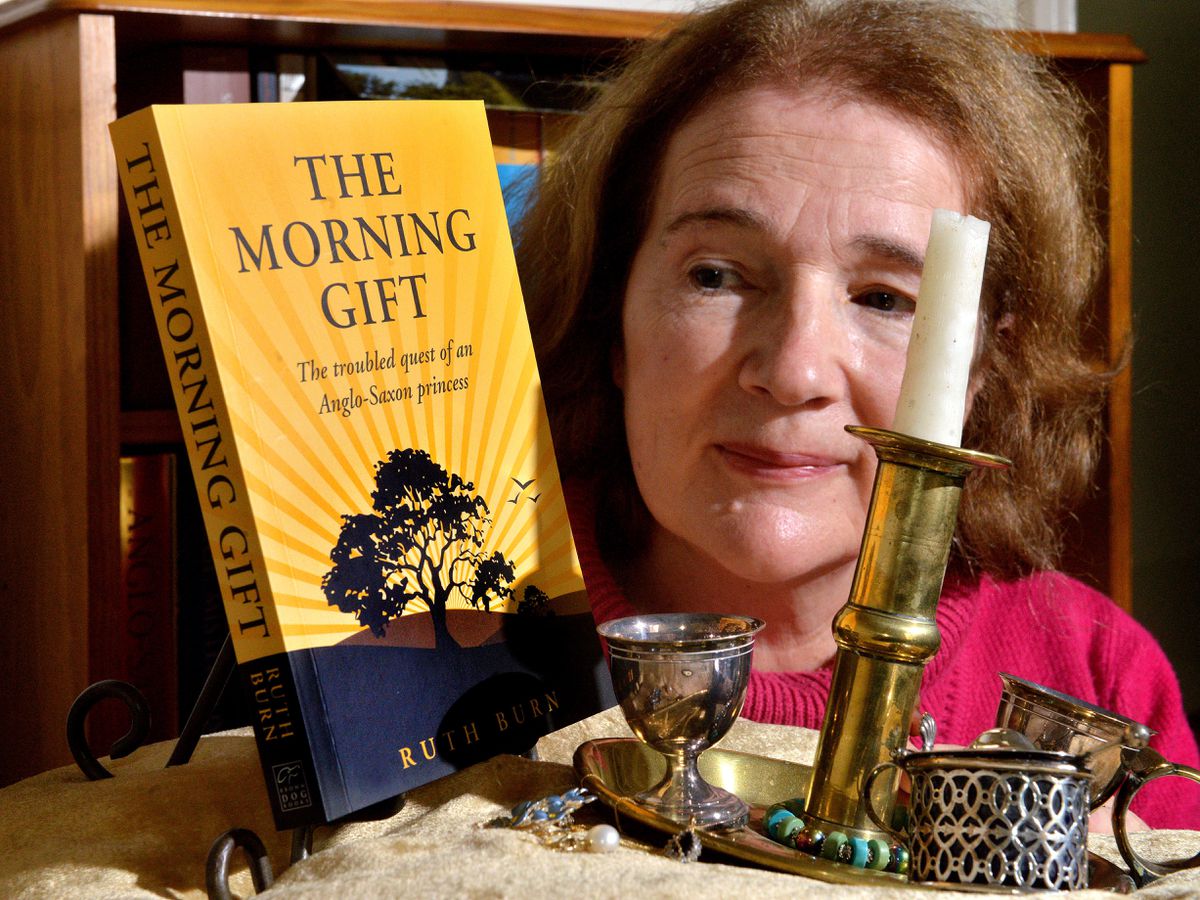 Ruth Burn published her first novel after visiting the Staffordshire Hoard exhibition several times and being fascinated by the story behind it.

The Staffordshire Hoard is the greatest hoard of Anglo-Saxon silverwork ever found, and Ruth was inspired by the possible stories behind its location.

The treasure was discovered in 2009 in a field near the village of Hammerwich, near Lichfield. The location was in the Anglo-Saxon kingdom of Mercia at the time of the treasure’s deposition.

Ruth, of Preston upon the Weald Moors, Telford, has just published ‘The Morning Gift: The troubled quest of an Anglo-Saxon princess’ based on the treasure and the people involved.

“It’s my first book, so it was pretty exciting,” Ruth said. “The inspiration was that I had visited the Staffordshire Hoard exhibition on several occasions and was quite intrigued by the story behind it.

“At the time it was said to date from the year 675, but now they think the treasure could be from a little earlier. During the lockdown it was a great project.

“The work is historical fiction but based on real people and events. The plot follows a troubled royal wedding over the course of a year in 675 AD, and how the treasure might have been lost.”

The book is set at a time when Mercia and Northumbria have been at war for a long time. An unexpected romance ignites between King Aethelred of Mercia and Osryth of Northumbria, who decide to marry.

Aethelred presents Osryth with a wedding gift consisting of precious treasure gleaned from the battlefields of the past. She secretly decides to take the treasure along with the remains of her long-dead uncle to a shrine in Bardney in Lincolnshire.

Osryth faces many challenges and setbacks on his long journeys to places such as Whitby, Lincoln and later York. The loss of gold, silver and jewelry causes a breakdown in her marriage.

The book asks if the treasure will ever be found and will the couple ever reconcile?

Ruth, who has a legal background, added: “The Staffordshire Hoard was such a huge thing, and still nobody really understood exactly what happened and the story behind it. So it’s a story that explains one of my theories.

“I really enjoyed writing the novel, especially during the lockdown. You kind of have to convince yourself, that’s what actually happened, to allow me to write the story.

“I did a graduate degree years ago, so I had to write a big thesis, so I’m used to writing for big projects. Writing a book is something I always wanted to do and the confinement actually allowed me to do it.”

The book is available from Waterstones, WH Smith and all good bookstores.